Alt-folk troubadour Alex Bayly released album Ley Lines back in October. We caught up with him to get to know his music and response to the LP so far.

I try and just let the emotion of the song flow through every part of the instrumentation and arrangement.

First up, what got you into music?
I’ve always been into music since a young age. I had piano lessons when I was younger and then taught myself guitar. Although I did have some lesson towards the end of school. In my late teens and early 20s I developed a love for 60s folk and off kilter indie and things have progressed from there. I was also in a run of bands including being the keyboard player in a post hardcore band, an indie band called The Last Men and a rock band called Breakers. But my solo stuff feels the most to true to myself.

Were there any particular bands or artists you took inspiration from?
Nick Drake and John Martyn have always been a big influence on me. Modern artists like Kevin Morby and Jose gonzalez have also been quite influential. I’ve also been lucky to work with some amazing artists in past including Gerard and the Watchmen. On this album I worked with The Last Dinosaur, Laish, Rosie Jones and La.nskey. As well as Elliot Richardson who mixed and recorded parts of the album at Highfield Studios.

How would you describe your style?
Alternative-folk. Although I don’t think it’s it’s that easy to pidgin hole. Or at least I hope not. I try and just let the emotion of the song flow through every part of the instrumentation and arrangement. But I love guitar music in all its kinds. So it’s always quite guitar driven.

Vocally I have to work really hard. I don’t think I’ve ever been the most natural singer. In bands in the past I’ve written for some else singing. But they always tended to be quite flaky. I would sometimes end up singing the gigs because they didn’t turn up. So I just decided to go it alone.

If you could collaborate with any living artist, who would you choose?
I really like Daniel Rosen of Grizzly Bear as a guitarist and songwriter. He’s seriously underrated and seems to of gone off the radar a bit. Perhaps he could be coaxed out again. Also, anyone in the rap game making loads of money I’d love to just sing a chorus on a rap song and make a stack of cash. Like Dido. 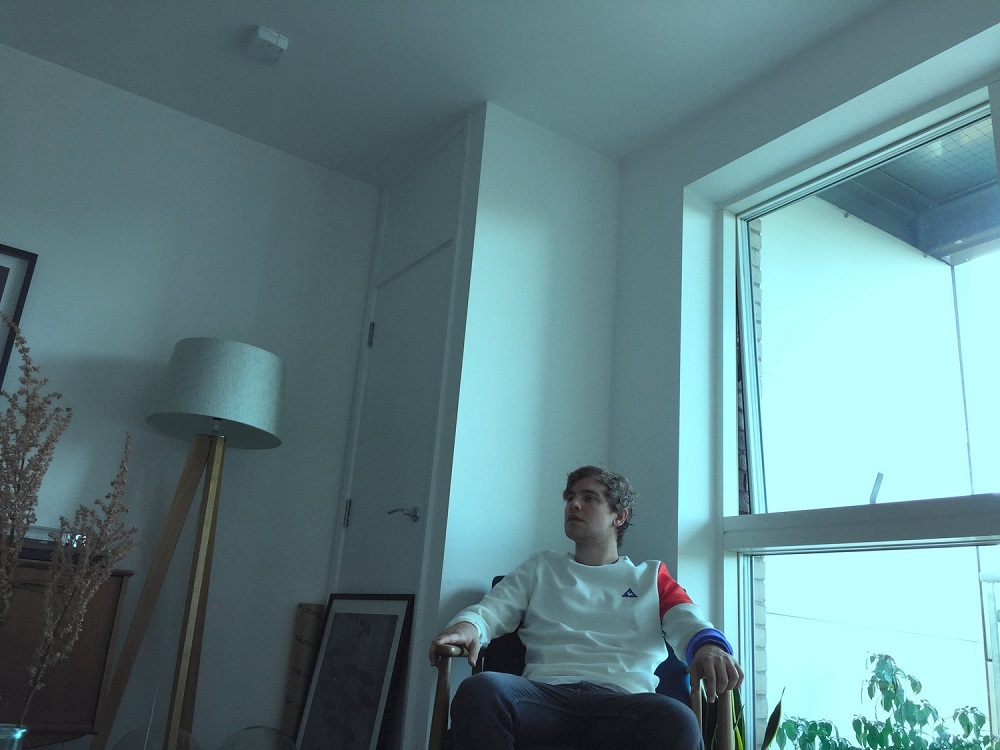 Tell us about your album Ley Lines. What’s it about?
It’s about these psuedo mythological ‘Ley lines’ that connect historical places all together. This album is about looking for patterns and purpose in things that perhaps none. As a society and species we are always trying to bring order to chaos. I think I tried to embarrass a bit of chaos on this album. Let me mind take me on a journey down a musical rabbit hole.

When did you write it, and where did you record it?
I recorded a lot of it at home which is also where I wrote it. I suppose in some senses I’m a bedroom producer. Although mixing and some of the bigger stuff like drums was done with Elliot at Highfield Studios.

How does Ley Lines represent your style?
It shows the length and breadth of the my sound at the moment and the chasm of self questioning I possibly was feeling at the the time. I’m really proud of it and I proud that I persevered with it even when sometimes things weren’t going my way.

Can you talk us through each song?
‘Distance’ is dawn.

‘Animal’ is a twisting dream.

‘Used Car Salesman’ is about a lamenting used car salesman.

‘Loving Hand You Hide’ is a lover’s deceit.

‘Sky Love Girl’ is about my being saved from the night.

‘Sure As’ is a 60s melancholic folk homage.

‘Lonely Michael’ is a song of modern pressure.

‘Jamie’ is a song for friends.

‘Hunters Pass’ is the last song in the desert.

What’s been the response to Ley Lines so far?
People have been so supportive I’ve manage to print it to vinyl thanks to the support of my friends and family. I wrote this album alone but I feel like I have a growing community of people behind me now. It’s great.

What other plans do you have for the rest of 2019 and into 2020?
Currently trying to sell out my limited pressing of vinyl which can be purchased from my Bandcamp page. Tour the album next year round the UK and hopefully some shows abroad. My next show is with Alex Munk at the Green Note (London) on Tuesday, December 3rd and then I’m supporting Billy Bogaurd on Monday, December 16th at the Finsbury in London. Also I’ll be making some audio visual content for the album.

Listen to ‘Animal’ on SoundCloud below. For news and tour dates go to Alex Bayly’s Facebook page.