The Hydra went back to where it all began for the London promoters with three shows over the August bank holiday weekend. The difference? This time is was at Printworks London for a mix of DJ and live sets from respected producers such as Larry Heard, Jeff Mills, Model 500, Nils Frahm, Carl Craig and DaM-FunK, plus fresher talents including Logic1000 and Willow. Mike Barnard completed the trilogy. 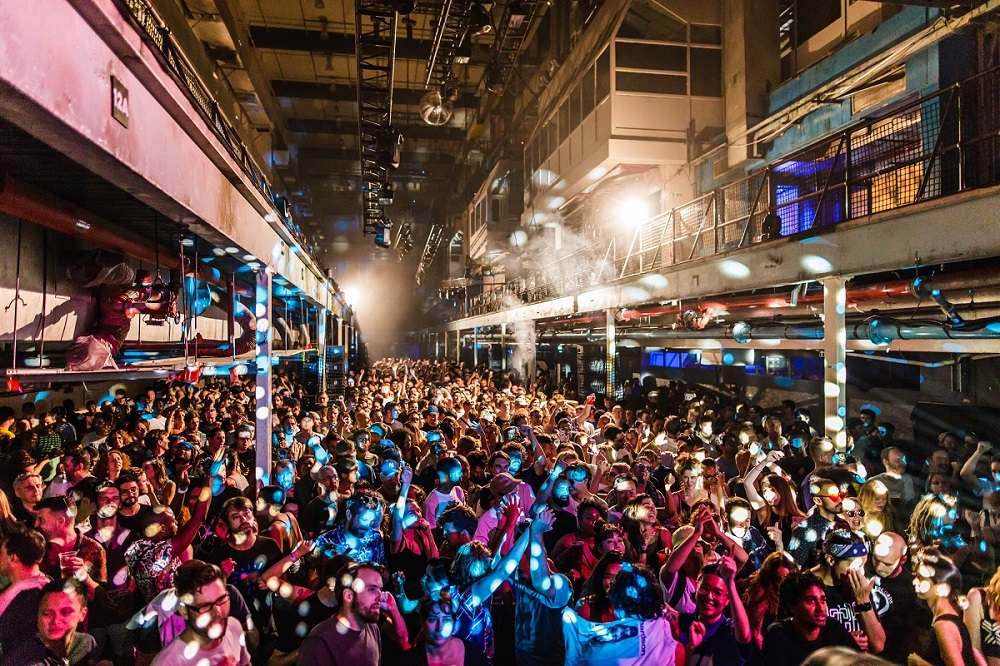 You could see Frahm feeling every moment of the music, whether losing himself while crouched over the keys or jolting while twisting knobs.

The Hydra weekender started with a classy affair in the live concert space at Printworks London. First up, Tom Middleton took to the stage to perform Global Communication’s famous ambient album 76:14, 25 years on from its first release. Back then, Tom was one half of Global Communication with Mark Pritchard. Tonight he would be joined on stage by collaborator Ross Sampson to bring the music to life in a live setting which resonated with a significant number of in-the-know crowd music heads enough to get there within the first 30 minutes of doors opening. Some chose to sit, lining the left-hand wall, others got as close as possible to the stage. What followed was an ambient masterclass, made all-the-more special by Tom’s chats between each track and shout outs to people in the crowd, including the Aphex Twin logo designer. 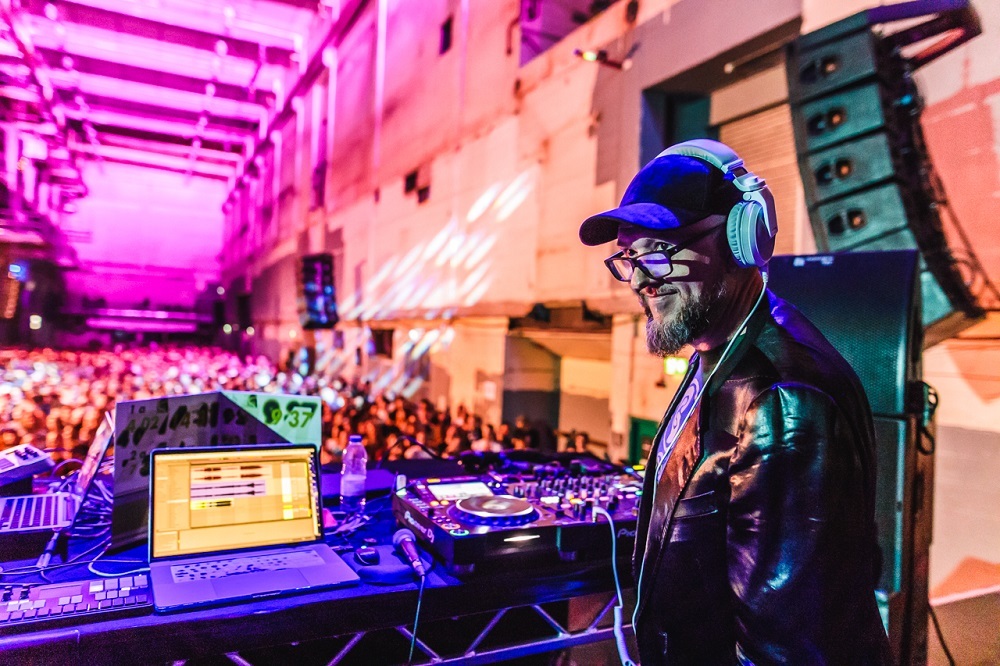 We also learned how the Global Communication release offered no insight into how to interpret the album save for an invitation to listeners to send in their thoughts. Tom revealed this led to him receiving poetry and news from a soldier on manoeuvres; listening to the music with these nuggets of information, it was easy to understand why. 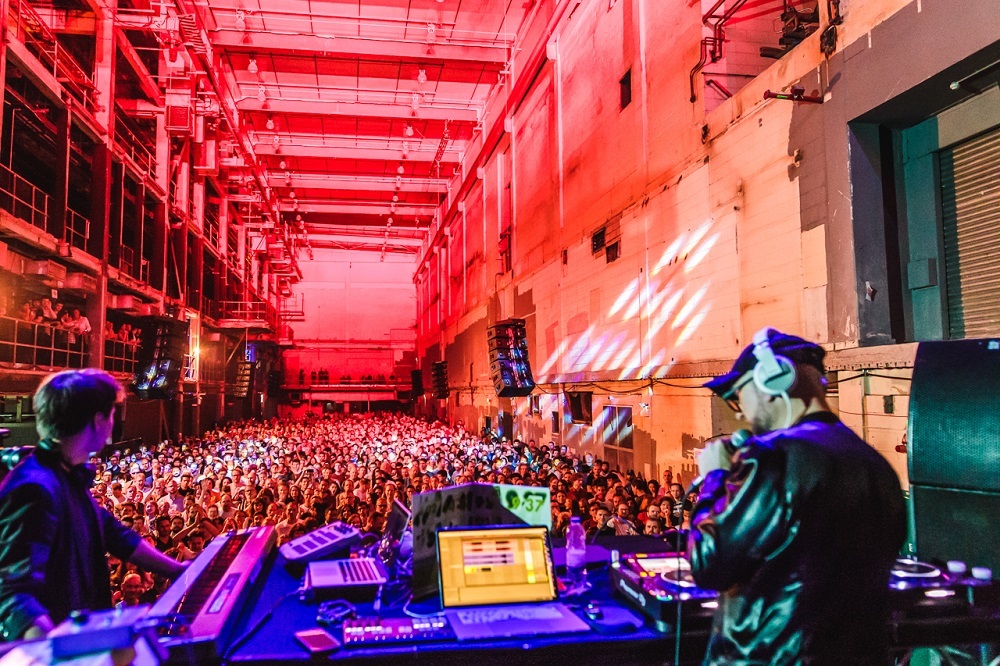 Some 25 years since 76:14 was created, it still sounds as fresh as it did then, particularly the Tangerine Dream inspired ‘8:07’ which clearly has a special place in Tom’s heart judging by the enthusiasm with which he introduced the track. There was a slight let down in the encore - a new Global Communication tune sounding like it wanted to match the impact of a big Hollywood blockbuster soundtrack rather than the sublime tones of the previous work, but the moment he welcomed his sons on stage at the end was a nice touch. 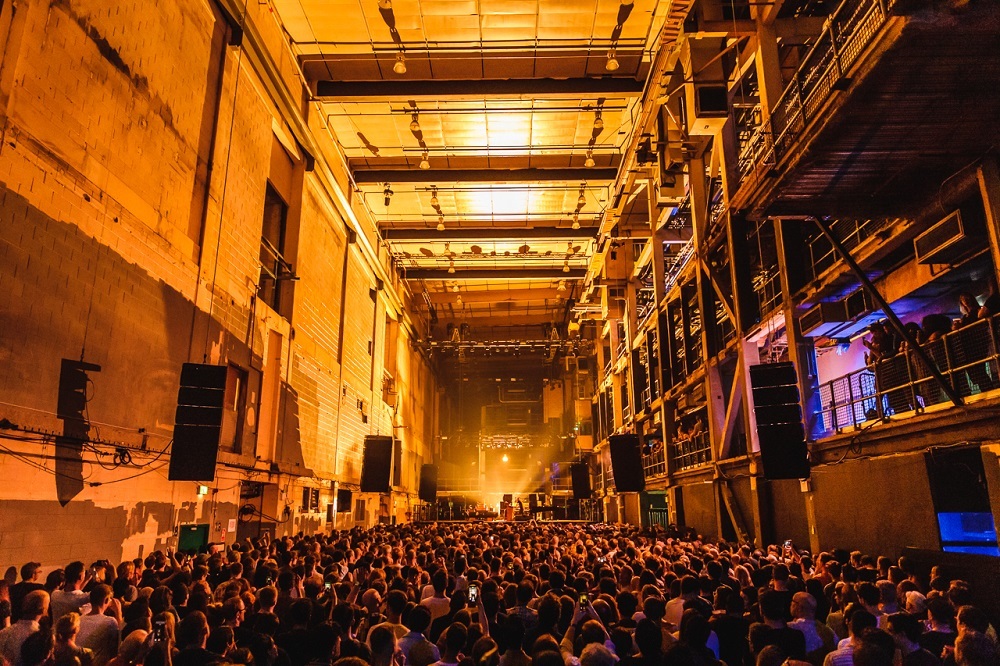 The headline performance from Nils Frahm saw the composer surround himself with keyboards, pianos and a vast array of knobs to almost create a studio on stage. This set up has been a mainstay of his most recent touring and, of course, he would focus on 2018 album All Melody for which it is set up for. 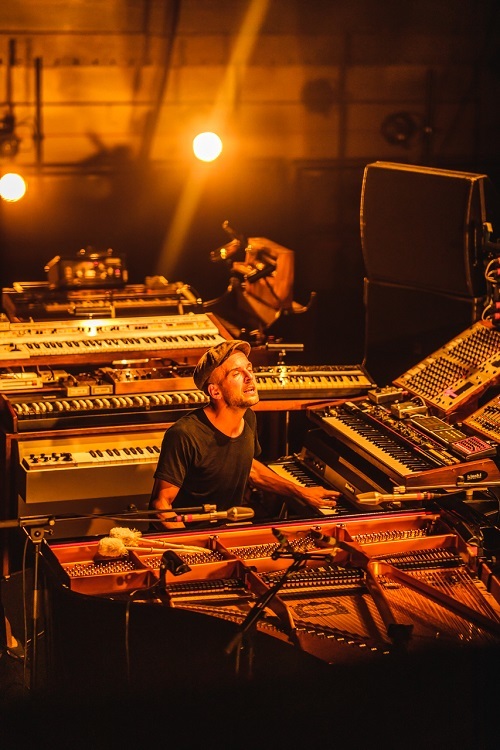 Although Nils had his back to the audience, or was side-on, for much of the performance, you could still see him feeling every moment of the music, whether losing himself while crouched over the keys on the tender ‘My Friend the Forest’, or jolting while twisting knobs as the bass surges through the more beefed-up electronica of ‘Sunson’.

He’d veer away from All Melody, mining his back catalogue for tunes such as ‘The Dane’, ‘Hammers’, ‘Says’, showcasing his ability to revisit and rework his music, often adding a more dancefloor-orientated stint powered by a 4/4 beat. Nils is always keen to chat to the crowd and talk about setting and resetting his instruments and interfaces on stage, but you can hear every intricate detail they allow him to bring to the forward-thinking classical/electronic hybrid he does so well. The only negative was an often-chattering crowd who would need to be shushed to concentrate on many tender sides to Frahm’s music, while bar noises and security talk could be heard at inappropriate times. This was a shame as the venue with its vast live room complimented the music so well; perhaps enforced seating might have help remedy the hustle and bustle. 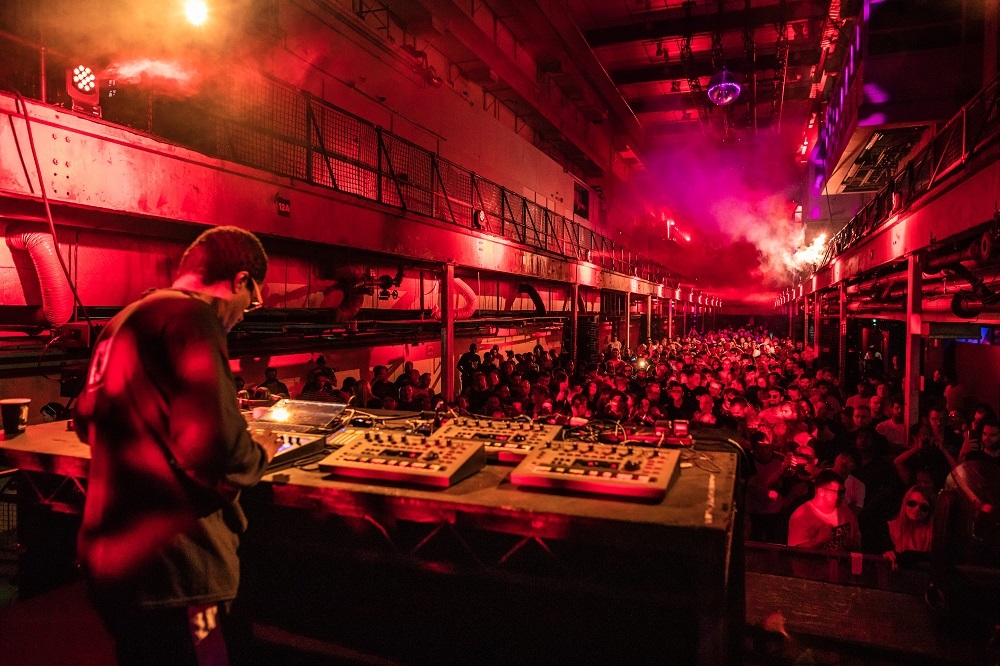 Hauff’s all-vinyl set provided a masterclass in electro and techno which kept the Press Halls on its toes as she juggled the genres with ease.

On Saturday, attention moved to the pair of club shows in The Hydra weekender. First up was a day-into-night of techno and electro in the Press Halls with some fine selectors in the Dark Room. When we arrived, we headed straight for Terrence Dixon’s live set in the Press Halls which kicked off with an ambient journey of fluffy, spacey synths which, after 15 minutes, began to illicit calls for a techno bassline from those who had been listening to Mor Elian prior. When Dixon did revert to dancefloor-friendly beats, there was a huge cheer as arms were thrown up into the air, however it felt like an easy trick to convey such a response - the rest of the set never seemed to quite master a fine balancing act of offering an immersive soundscape without devolving into a four-to-the-floor structure to appease those before him. 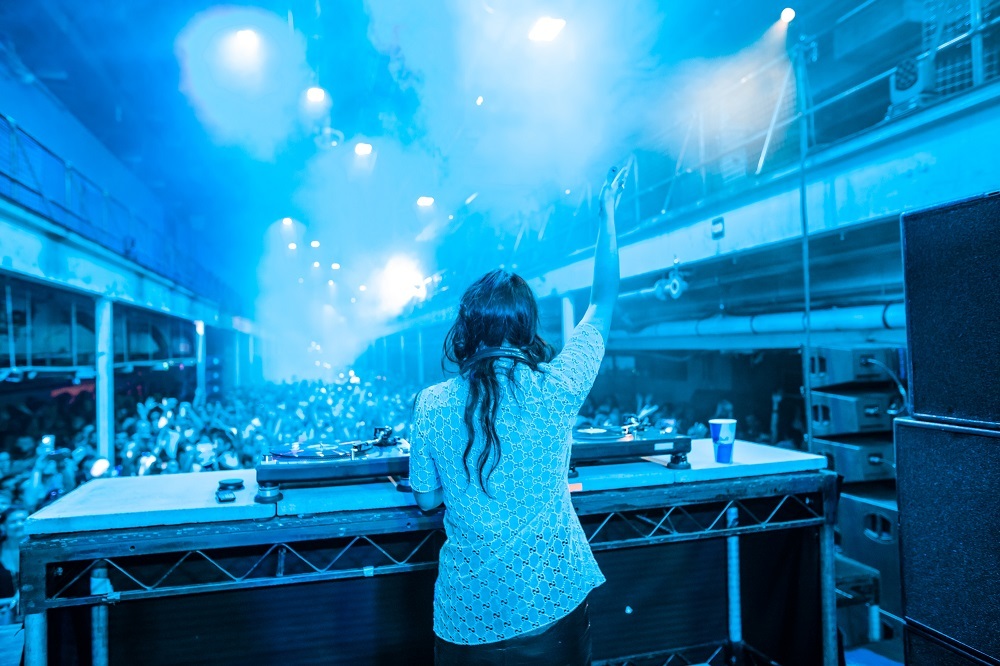 Helena Hauff had no such trouble, her all-vinyl set providing a masterclass in electro and techno which kept the Press Halls on its toes as she juggled the genres with ease. Throughout the near-two-hour set she generated a sound pressure on the dancefloor that seemed to build and build up to the closer of SHDW & Obscure Shape’s ‘Die Zunge Des Todes’. After such an impressive blend of techno and electro from Hauff, it was a shame the live set from Model 500 - headed by one of the pioneers of the genres, Juan Atkins - failed to capitalise. Although their productions would resonate in terms of notoriety, the vocals from Atkins didn’t land well over the speakers even with the varied effects he applied. This was most apparent on ‘No UFOs’, possibly Model 500’s most famous track released in 1985 when electro was in its infancy, and quickly doused any excitement levels as much as some of their lukewarm Detroit techno tracks mid-set. 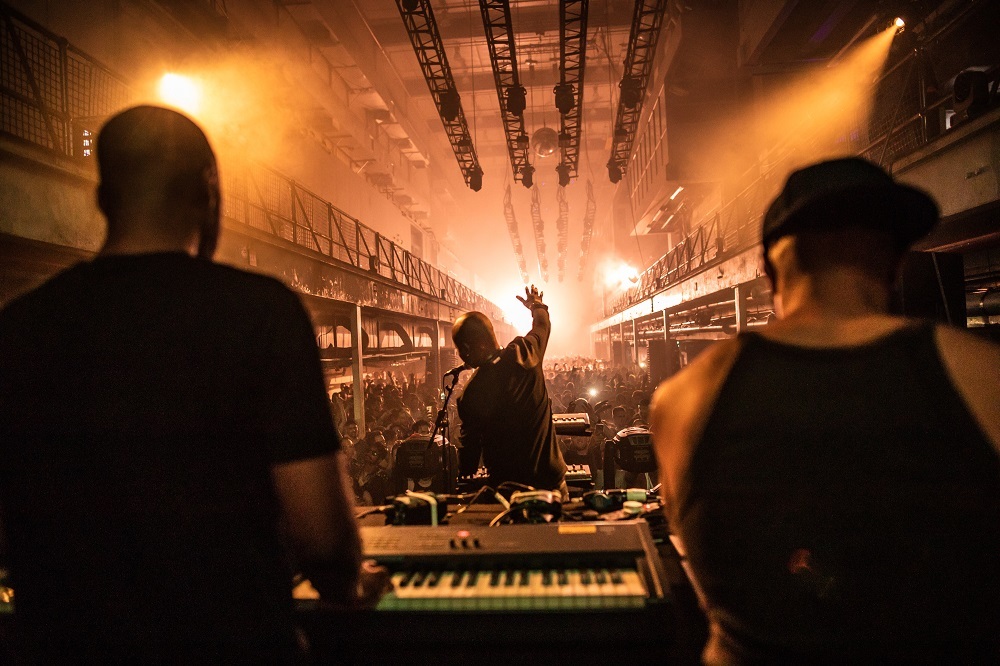 It was up to Ben Klock to lift the Press Halls, which he did with one of his sleek sets that forever seems to be a driving forcefully to nowhere. There were more interesting selections to be heard from Move D and Willow in the Dark Room, the latter’s dropping of a broken-up remix of Joey Beltram’s ‘Energy Flash’ a highlight before we moved back to the Press Halls for Jeff Mills. The second Detroit original of the night kicked off with a minimal stint that slowly gave way to ‘The Bells’ before finding a groove for the final hour. Occasionally reaching for his synths to add some claps and beats, Mills appeared to nod to Sunday’s headliner Larry Heard with what sounded like a remix of ‘Can You Feel It’, but this was largely another pin-point Press Halls performance that was solid rather than spectacular. 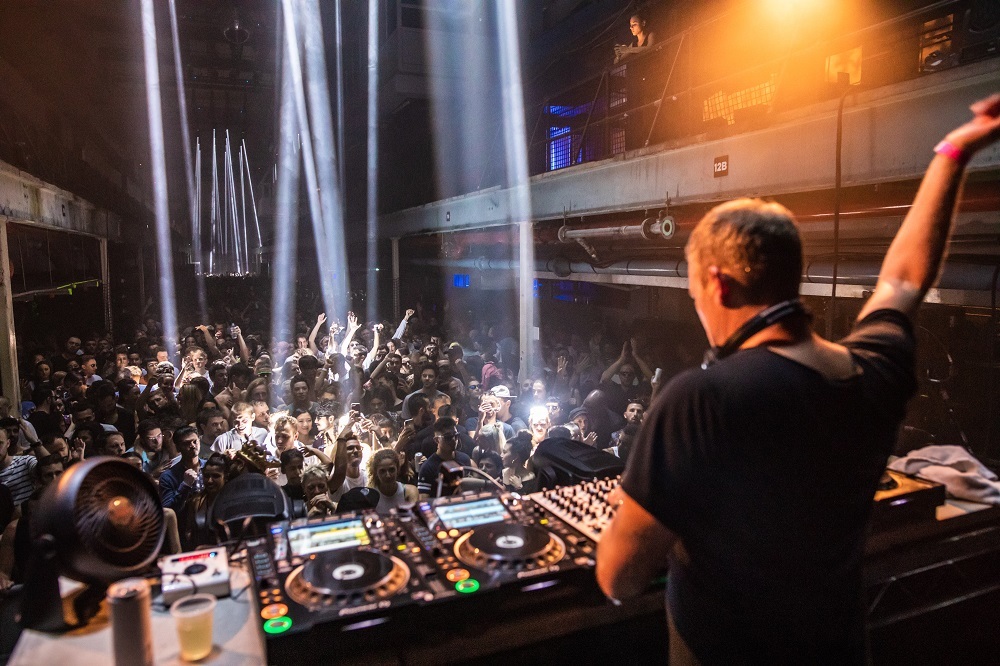 Capped off a fine day, and weekend, of music from The Hydra.

The Hydra Sunday session brought together DJs and live sets with a more upbeat, soulful vibe. Despite the sunshine outside, The Hydra resident Dolan Bergin was keeping a dedicated bunch dancing to low slung disco, funk and soul in the warm up slot - fortunately it was nice and cool in the Press Halls so there was no complaints about boogying away, and it was all smile to the grooves. He finished up with one of Carl Craig’s Innerzone Orchestra tracks, ‘People Make the World Go Round’ remixed by Kenny Dixon Jnr - a real acknowledgement of the talent to come today. 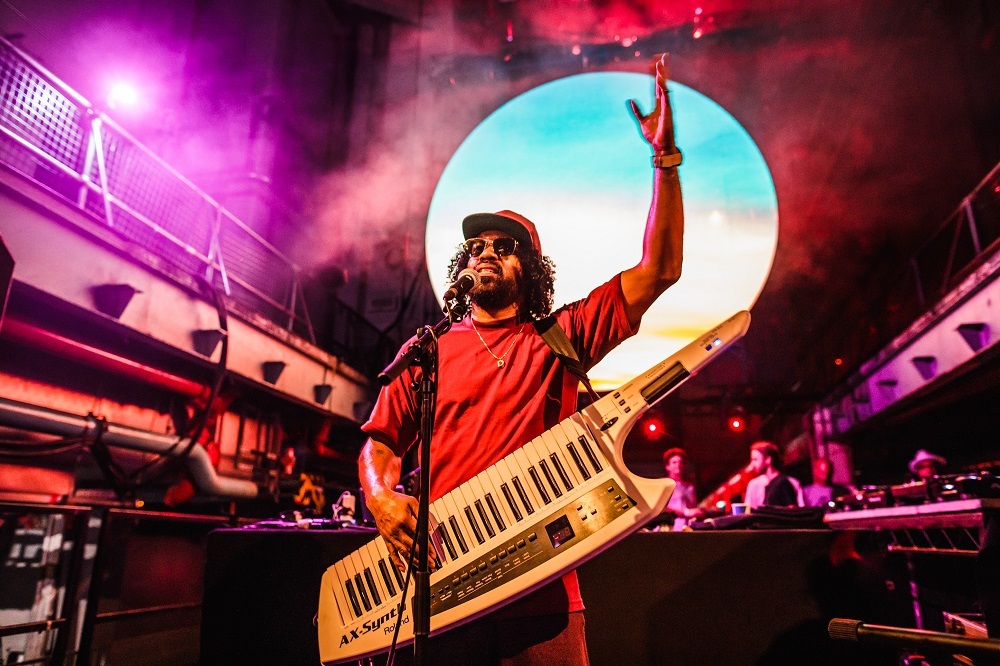 First up with DaM-Funk who survived what he said was a set up disaster which delayed his DJ/live set. Ever the professional, the man behind ‘Hood Pass Intact’ and ‘I Wanna Thank U (4 Steppin’ Into My Life)’ showed no sign of being rattled as he effortlessly stepped between DJing beats and stepping away from the mixing to sing or, better, play on his keytar. DaM-Funk perhaps deserved a slightly later set based on his energy and ability to get a crowd going, plus his swaggering funk which all should hear live. 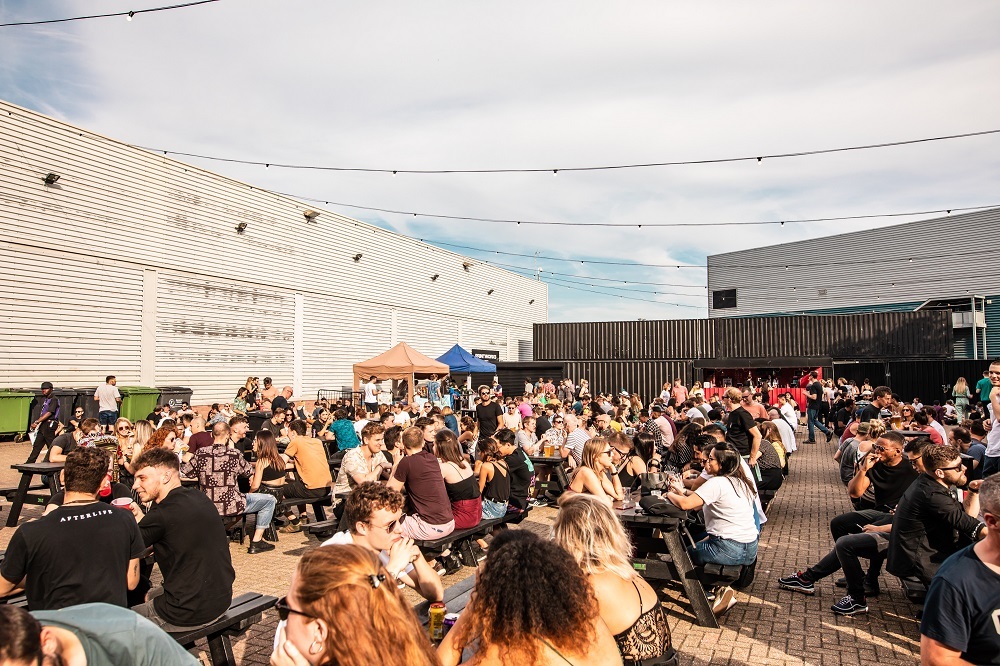 We’d end up missing Moodymann thanks to a combination of a courtyard swathed in sunshine with plenty of space to sit, a rousing Ashes Test finale which saw groups huddled round their phones and a meeting of friends. That said, the community feel in the courtyard made for a good bank holiday vibes and we were quickly chowing down on the street food available before heading back inside. 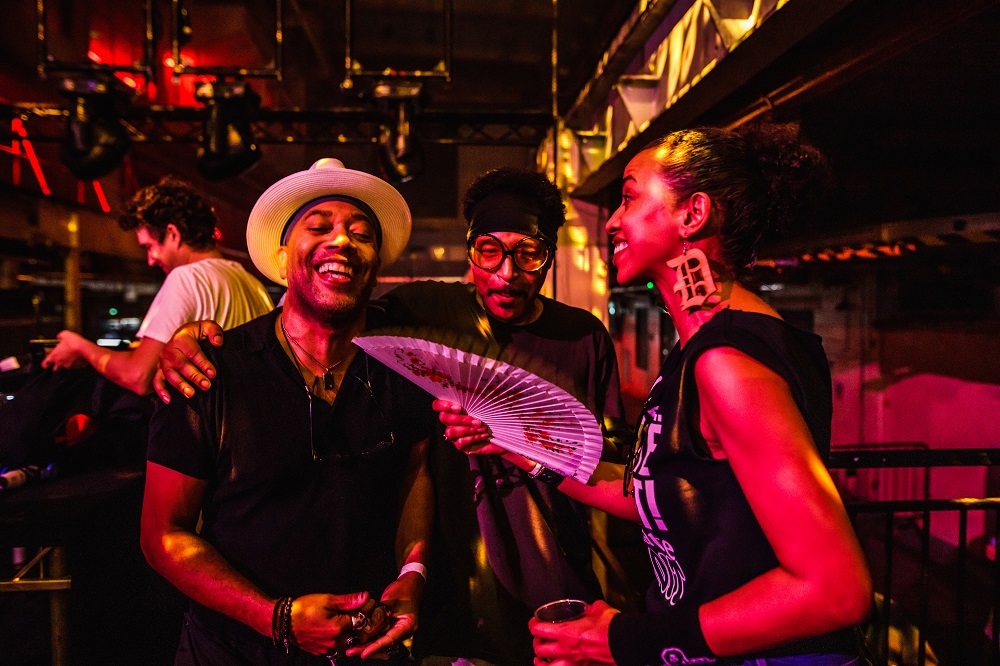 There we’d find Carl Craig on something of a mission to be the biggest entertainer of the day. Meshed in amongst forays on the microphone and his usual mix of house and techno were bangers you’d might not expect, such as New Order’s ‘Blue Monday’ and Basement Jaxx’s ‘Fly Life’. He finished with Donna Summer’s ‘Bad Girls’ as all lights focused on the mirror ball for a proper disco moment. 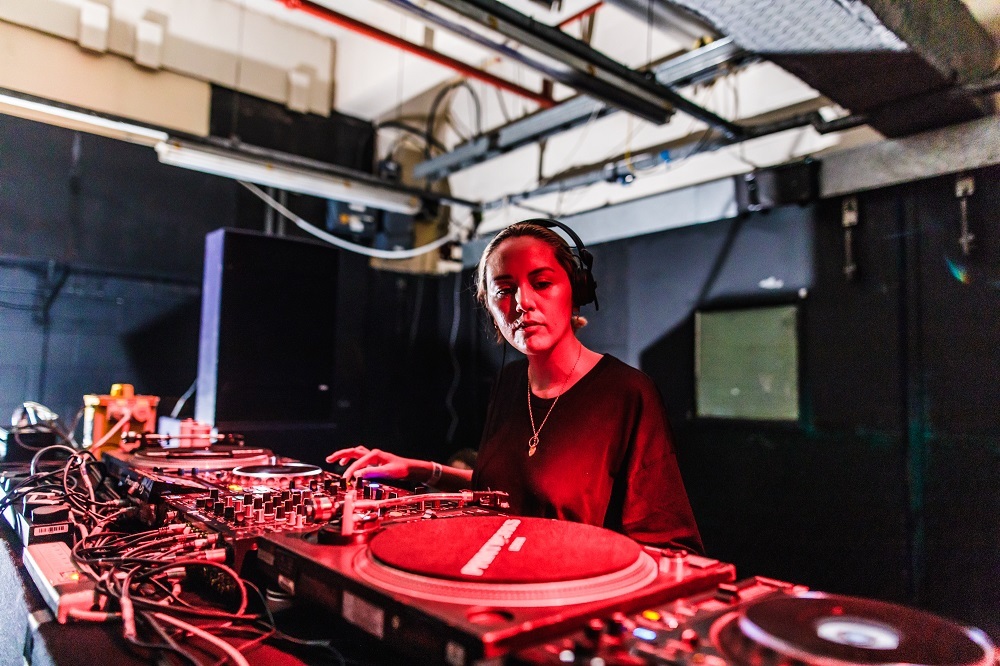 Next up we dropped into the Dark Room to check on Logic1000 who’s hit ‘DJ Logic Please Forgive Me’ has been wowing dancefloors this year. She threw us back to the past with Nomad’s 1991 hit ‘(I Wanna Give You) Devotion’, but most of the music we heard her play was deep until she livened things up with her most recognised cut which had the Dark Room go wild. We’d take our leave to see Larry Heard finishing up with his seminal tunes ‘Can You Feel It’ and ‘The Sun Can’t Compare’ that have lost none of their impact and capping off a fine day, and weekend, of music from The Hydra. 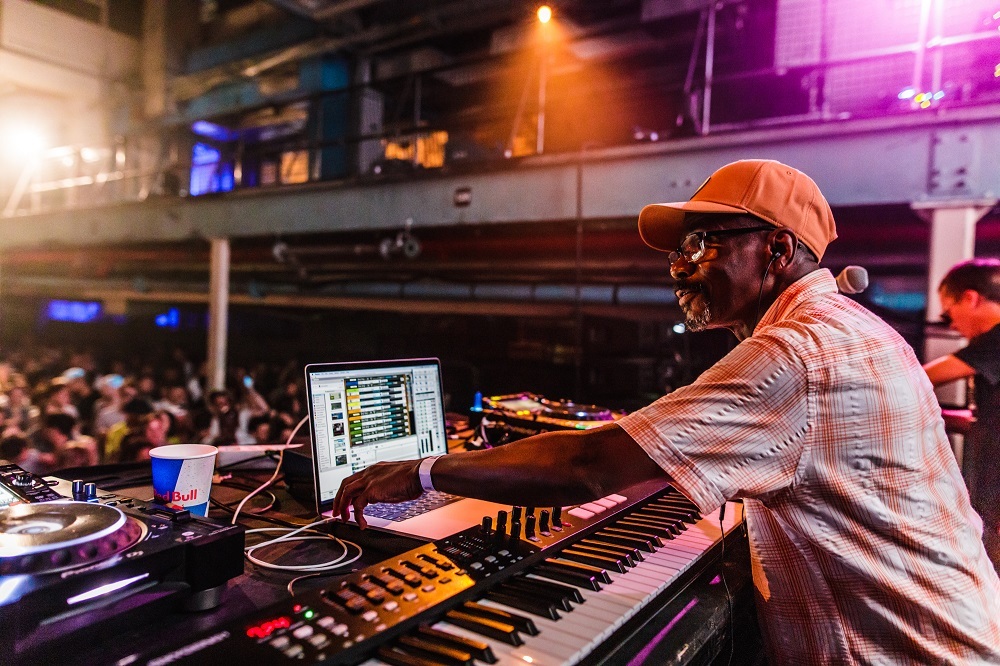 All images by Jake Davis (@HungryVisuals).