With bouts of rain and deliberation over whether or not to bring earplugs, we arrived on Clapham Common around 2pm. Seamlessly organized queues allowed us all to more or less walk straight in. The first thing music aficionados detest SW4 for is the low quality and volume of sound. This year SW4 had promised vast improvement, with permission to increase sound levels granted by Lambeth Council, the result of a three year negotiation. It showed. You could stand on the verge of the tents, simultaneously soaking up rays while enjoying a sufficient level of sound. In the centre of the tents the sound was on the threshold of deeming earplugs necessary – but not quite. This level of sound was also prevalent at the main stage. 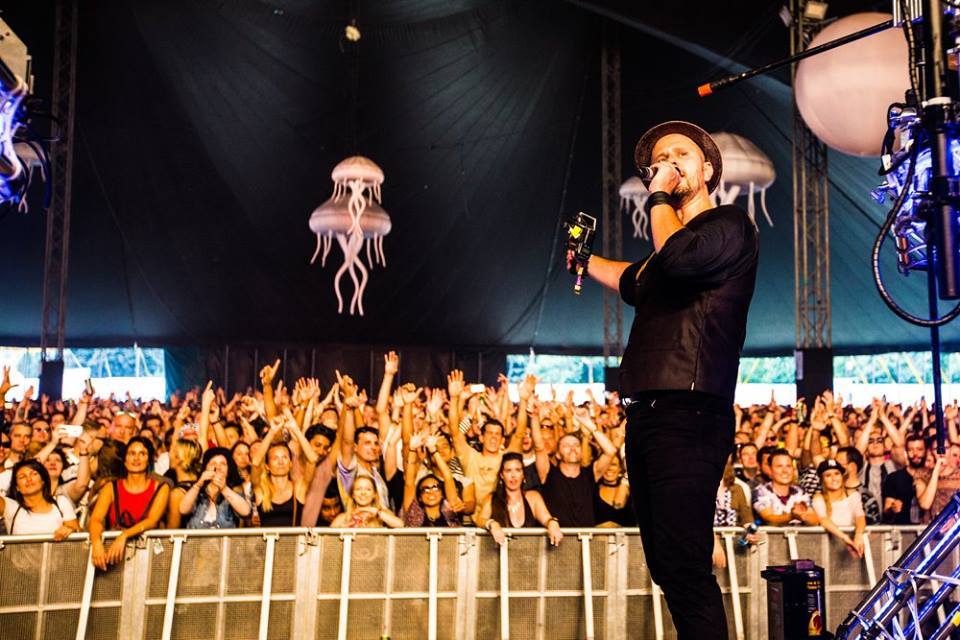 This year the tents were hosted by Ants, Silver City and showy Amnesia. In Amnesia, the crowd were swaying around to Cirez D(yet another Eric Prydz alter-ego) dropping Inner City – Good Life(The Beatthiefs & Jac Remix) as the gorgeous PVC outfitted dancers posed on stage. The ambience here wasn’t energetic enough for us to get our first wave, however across in Silver City the tent was full of amorous smile. Dressed in a ring master’s velvet jacket to promote his Ibiza night, Circus, the 24 year old Dutch DJ played a succession of catchy house anthems with cute lyrics, that induced hands being flung in the air emotionally as the crowd sang along. A key attraction of Bakermat’s performance is the involvement of his saxophonist, Ben Rodenburg. Building up to his own current hit Teach Me, Ben strolled on to the stage, playing along to an applause from the audience, only for the sound to cut off completely. Bakermat tried to get on the microphone to apologise, but this was also disconnected. Five minutes later the show was back on the road, but given SW4’s bad reputation when it comes to sound, this was unfortunate. The mood was quickly revived with a continuation of Teach Me, followed by Cookin’ on 3 Burners Feat. Kylie Aldist – This Girl. 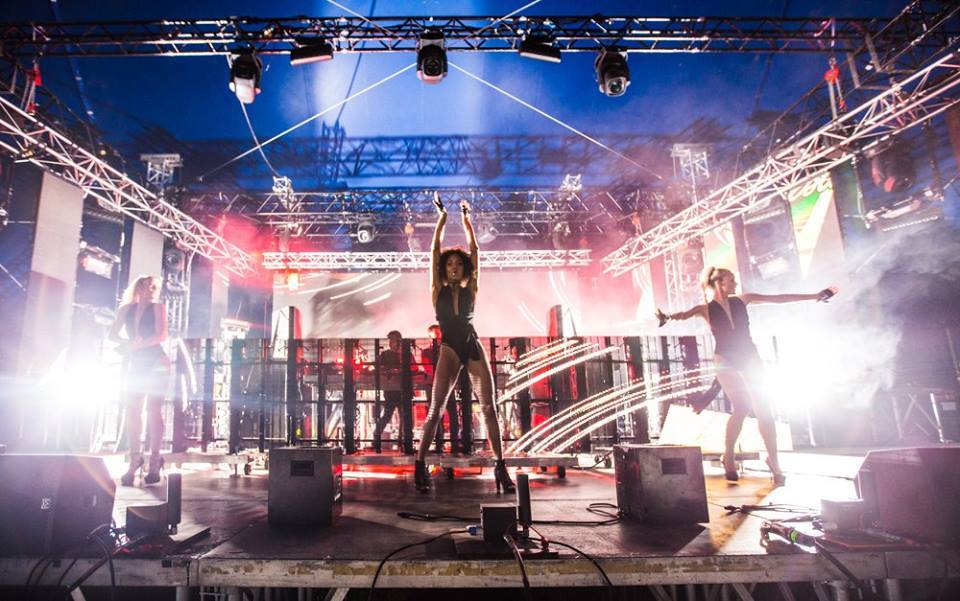 Recently having discovered Nicole Moudabour’s uniquely characterful podcast In The Mood, her set was high on the hit-list. Unfortunately Recondite was enjoying playing his deeply immersive live set so much he was reluctant to give the decks up, winding his set up to an applause only to decide to go for another drop. After waiting patiently for 10 minutes, Nicole took to the stage, a tiny yet commanding presence with a splendid afro mane. She stood back from the view of the crowd as she built up her set, only the tips of her hair in sight, before injecting a deeper bass-line and stepping forward into a more visible spot. Had I been listening to techno all day, the dynamic gradients of light techno would have been excellent, but having heard such a range of (dare I say shallow) sounds over the course of an hour, I needed something lighter and more variable. 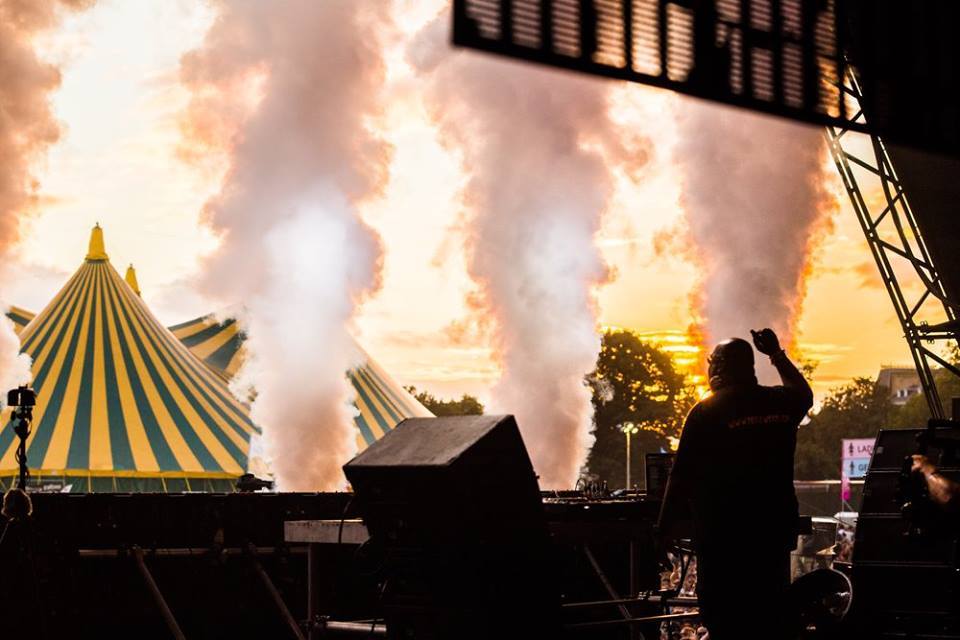 On the main stage, Four Tet were playing a beautiful meditative set to many people were reclining on the grass, lapping up the evening rays. The lazy mood strangely seemed to have caught on at Booka Shade presents Movements 10 Live, where the music was bouncing but the crowd seemed glued to their spot. Amnesia was quite the opposite, fire and smoke canons blasting as the troupe of dancers entertained while progressive house legend Danny Tenaglia kept the crowd jumping before handing over to Cocoon boss, Sven Väth. Sven dominated his set from the start, opting for a harder techno sound throughout. Slam – Take You There went down a storm and was consequently extended for almost 10 minutes. 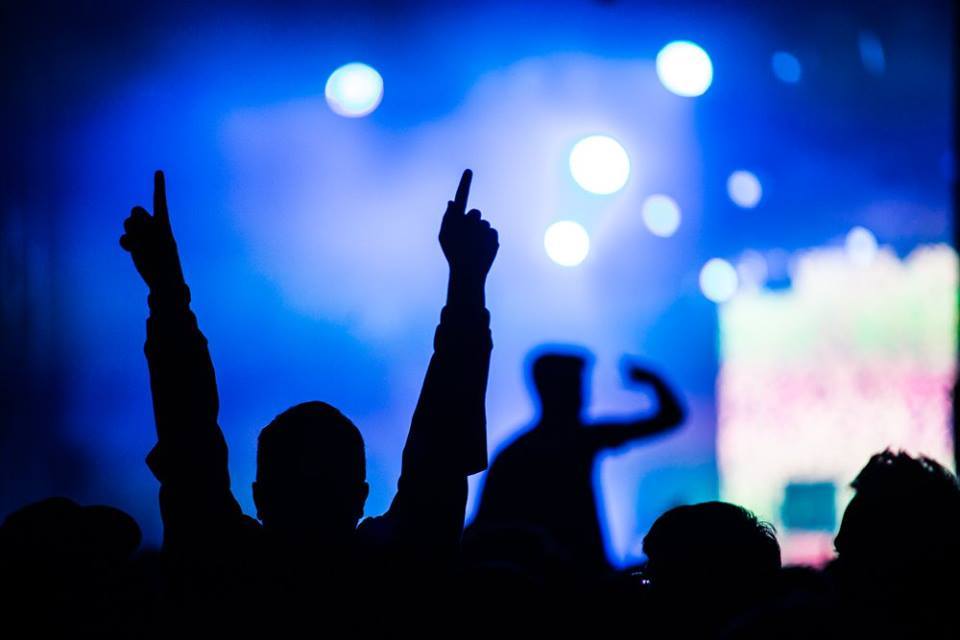 With techno on our minds, it seemed fitting to check out Berlin’s Paul Kalkbrenner. Wearing a German football shirt, we found Paul literally roaring along to a curious combination of piano and melodic tech house, his body moving across the decks as though he were playing a grand piano. Luckily his microphone was off, so he could have a blast without ruining the set. It was powerful, but again, having come from a completely different musical setting beforehand, I wasn’t in the right frame of mind for anything as poignant. 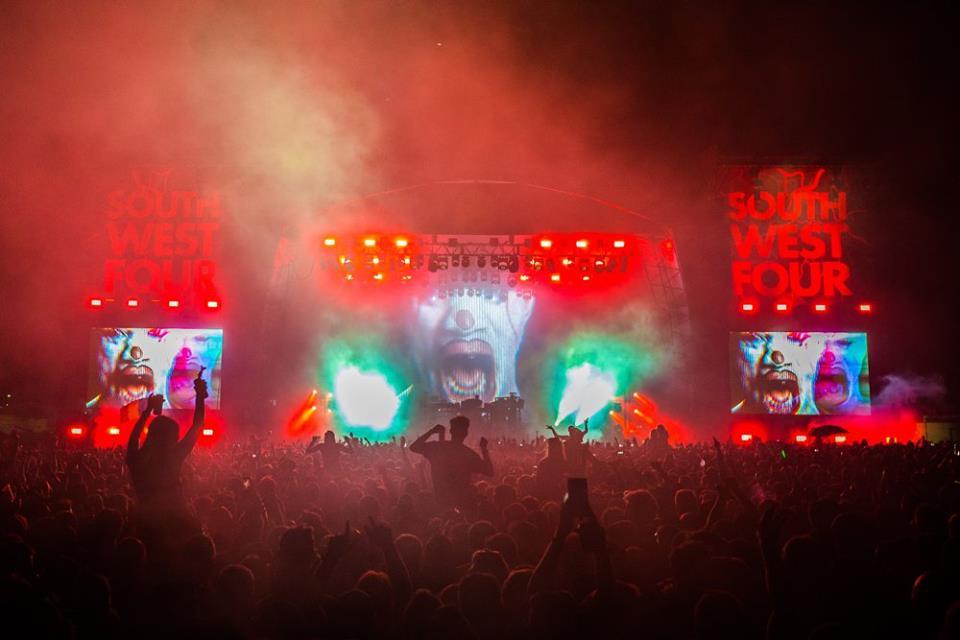 Playing one of their only UK performances this year (at the time of writing – three huge UK shows have since been announced in December), The Chemical Brothers promised the day would finish with a bang. While the set up took half an hour to prepare, each languid moment spent waiting was doubly repaid to the crowd with an all-encompassing display of perceptive visuals accompanying their series of timeless tracks. They opened with Hey Boy, Hey Girl and immediately the crowd were immersed by award winning film, TV and music video director Adam Smith’s outstanding visuals. Smith and the Chemical Brothers have collaborated since their first gig in 1994, together creating a hypnotic ride for the crowd. Smith has also worked with Mike Skinner, a great example of his work being the music video for Blinded by The Light. The humanisation of Block Rockin’ Beats, a greying white figure with a grumpy expression and a bad-ass swagger was amusing; the stain glass window display for It Doesn’t Matter provocative; and the huge balls that dropped into the crowd as bright hues of yellow and blue flashed for Saturate made for a lot of fun. Every now and then Ed Simons or Tim Rowlands would come out from behind the decks to greet the crowd and embrace the wondrous sights they had created with Smith. Then it finished. Dazed and bemused it was time to reality check.

SW4 have definitely improved their sound and continue to attract an impressive line up of big names. What, in my view lets them down, it that the line up isn’t streamlined enough. There are so many styles of music on offer, which at the outset looks great, but once there, means the audience take time to gel into the musical setting of each set, only for something completely different to play afterwards. That said, given the convenience in terms of location, smooth management and the fact there were no queues all day see that it will continue as a mainstay on London’s festival line up for a lot of dance fans.