London’s new event space opened its doors for the first of its Issue 001 in-house music series to reveal a dazzling lighting display in a unique setting that set the benchmark high for the shows that follow. The Launch Extravaganza on Saturday, February 4th saw the former printing facility invite ravers inside to see a seven-hour, four-way, back-to-back of Seth Troxler, Loco Dice and duo The Martinez Brothers headline the main space while Krankbrother hosted room two.

On the evidence of the ‘launch extravaganza’, there’s no doubt Printworks is destined to become a new legendary London destination.

Arriving at Canada Water station just before noon, we were among the first to be queuing at the gate to the Printworks’ grounds. There was a strong sense of anticipation to get in the new venue and see what it was like, but we were kept waiting for the stewards to get the go-ahead and then again after the short walk round to the building’s entrance where tickets were checked. Security looked relaxed as the midday sun provided a little heat to a fresh wintery Saturday - and we were soon inside. 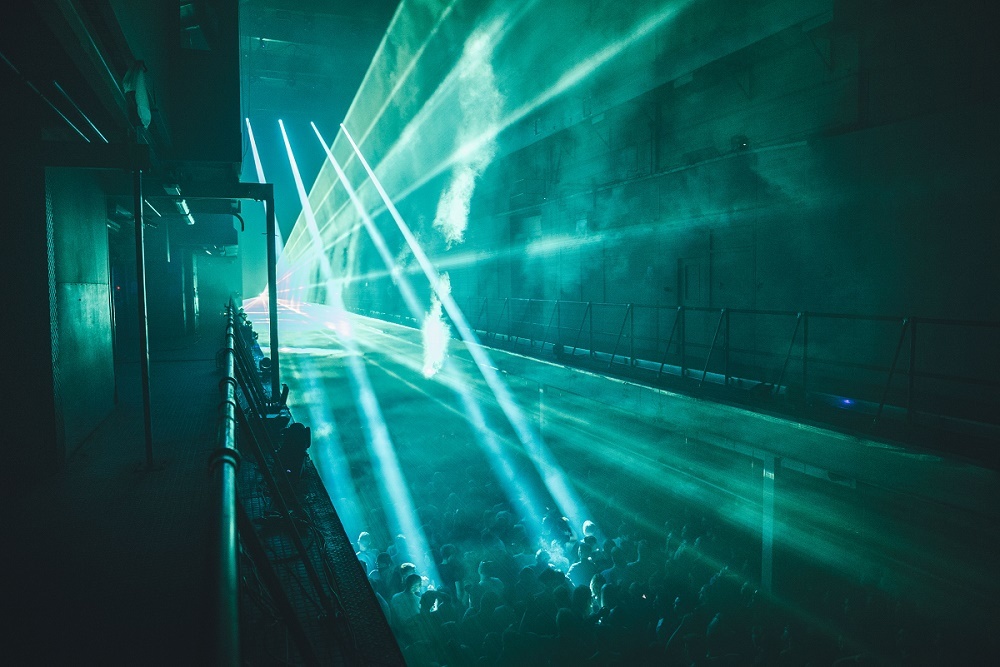 Opening into what is best described as a welcome hall dubbed ‘Reel Storage’ after its original usage, once through the search queues we had the option of token booths to our left, a bar opposite, the smoking area with food stalls to the right, toilets and lockers past the bar or an inviting set of metal steps up to the level 1 event space. We grabbed a drink, looked around Reel Storage as the scattering of early arrivals milled around, before ascending the stairs. At the top, we were greeted by a craft beer bar, then an info point housed in what looked to be a control box in the centre of level 1. To the right was a long cocktail bar with seating, to the left the long main bar and more seating - it’s very easy to chill at Printworks. We opted to follow our ears to the main bar and veered right to enter the Press Halls to take in the ambient electronica being served by William Djoko to the initial crowd at the start of his three hour set.

We emerged at the back of the long hall by the sound desk and could appreciate an impressive depth of sound and a lighting rig that was set to moody. On entering the hall, everyone (including ourselves) immediately hauled their phone in the the air to take a snap or two - something that only got more prevailant over the course of the day as the crowd got more excitable and the lights more lavish. We did a walk down the dancefloor to the front to find a couple of eager ravers already shaping up for a long stint on the dancefloor, and were suitably pleased the sound was good throughout the length of the room, then headed to The Yard to take stock of the food situation until Djoko upped gear. 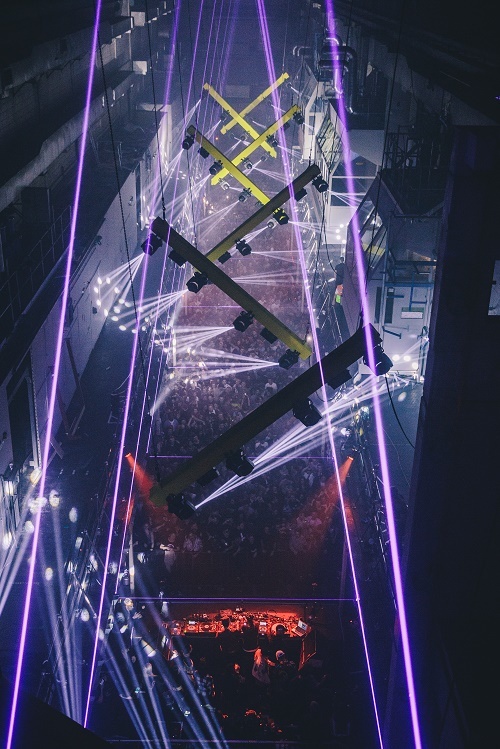 Food options for the day were gourmet cheese toasties from the Cheese Van which I’m reliably informed served a banging chorizo sarnie or Smokey Tails with a mix of burgers, fries and salads for a heavier fuel load. There was also a espresso and coffee bar with added spirits for a pick-me-up. After grabbing a hearty mix of pulled pork and halloumi on a bed of salad, we took a seat out in The Yard to feast - and it seemed most had caught the pangs of lunchtime hunger which the 12noon start will help fuel. We’d see The Yard very busy throughout the day so on dry and particularly sunny days it will be a popular hang out so hopefully the food options might get wider if demand dictates.

Back to the Press Halls and we’d been informed there would be a light show to demo what their new rig was capable of when Seth Troxler took to the decks at 3pm, so we found ourselves a top spot just in front of the second set of speakers just past halfway down the dancefloor. In doing so we noticed there was a dip in sound quality just in front of the speakers where the now busy front section of the dancefloor meant the sound from the front speakers wasn’t quite reaching the second stack at a decent volume, but that can be easily solved for future shows.

In the meantime, Djoko had found his flow with grooves house vibes breaking into a samba flavour ahead of the dropping of Stardust’s ‘The Music Sounds Better With You’ which must go down as getting the biggest response of the day as the crowd surged forward, arms flew into the air - many of them armed with their phones on video record - and everyone was singing along. Printworks had burst into life. 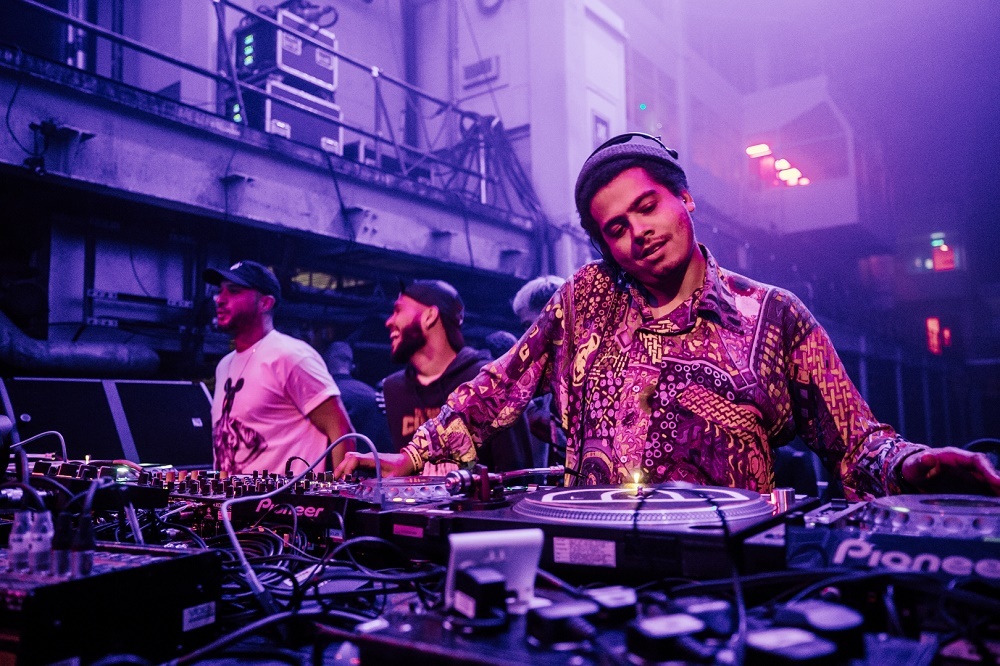 By the time Troxler stepped up to the decks, the launch show had found its rave side in terms of dancefloor energy, but the ace up the sleeve was the lighting. The main set of lights are housed on a series of horizontal colour-changing beams that can be raised and lowered giving a multitude of effects. Towering above the dancefloor hauled up against the roof, they give scope to reinforce the scale of the venue; dropped down to just above the crowd gives a dramatic change as suddenly the Press Halls feels intimate. Other tricks include creating rows of lights like stairs into the air or going diagonal for more dynamic displays. We’d later see a shimmering multi-coloured laser blasts out from behind the decks and a series of blue lasers the length of the dancefloor to complete the full arsenal of visual treats - and it will be the major selling point for Printworks shows, not least because every change is another reason to take a photo to share with friends not attending.

The Charge Bay has the makings of being a tasty little sweat box.

The seven hours of Troxler, Loco Dice and The Martinez Brothers never quite hits the highs they might have hoped for though - the tech house rumbled satisfyingly enough yet rarely roared to really push the crowd to the limits with a sharpe change of pace or mixing up of style that you might expect from four respected DJs working the decks. We ducked into the comparatively dinky room two, aka the Charge Bay, for Krankbrother’s stripped-back set which matched the more industrial space. The Charge Bay has the makings of being a tasty little sweat box with its Void sound, black walls and LEDs covering the ceiling - today was all about room two.

Daytime events are normally slow to get going, and the peak time hit around 5pm when the Press Halls was rammed and what seemed a vast space at 12noon was full of the hustle and bustle of a capacity venue, yet there are enough bars, seats and entrances to the various spaces that you could always do what you needed to boding well for such a multi-purpose venue. A quirk of the day was being able to exchange chat about news from the outside world - football scores at 5pm being a popular topic among complete strangers for five minutes when someone took their phone out to check the latest - there are sure to be some amusing ‘I was in the Printworks when…’ memories to be made. 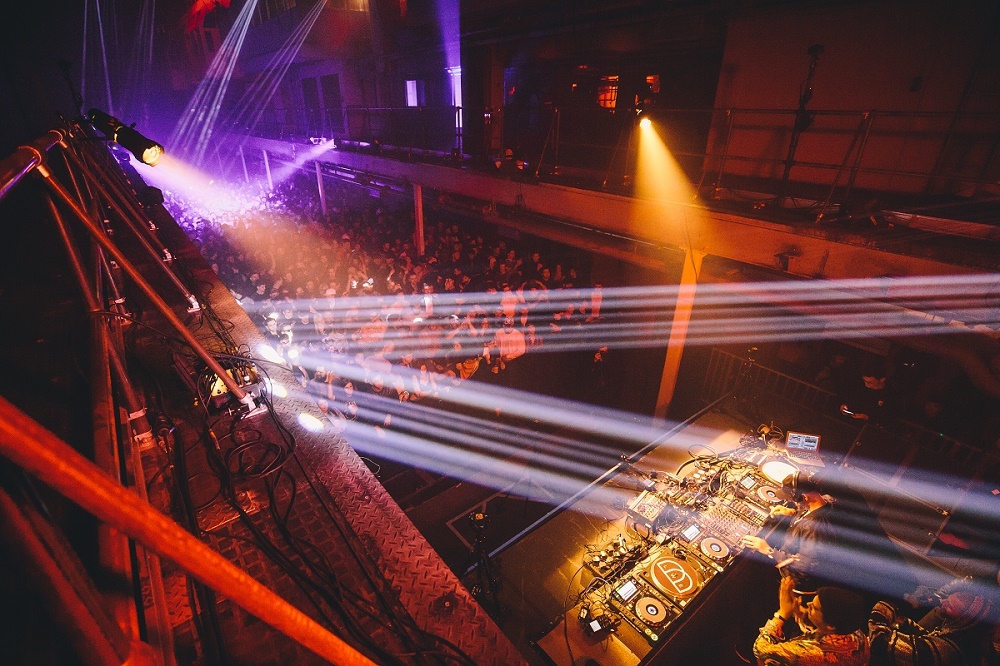 By the time the final track clocked round - The Streets ‘Weak Become Heroes’ there was a jubilant mood in the air that the launch event had run smoothly, the lighting in the Press Hall was a huge success and there’s a bright future at the Printworks for both music events like this and the other plans for cultural events such as art, fashion, film and food. On the evidence of the ‘launch extravaganza’, there’s no doubt Printworks is destined to become a new legendary London destination.

Images (top to bottom) by Max Miechowski (1) and Danny North (2 - 4). For Issue 001 line-ups and tickets go to printworkslondon.co.uk.