Ponchos, umbrellas and quality sound combined with a no-nonsense party crowd to overcome the rain at Percolate Open Air on Saturday, July 29th. The promoters hosted their first day festival on Three Mills Island in London with tough conditions, but sets by Scuba, Sonja Moonear, DJ Koze, Saoirse and Paranoid London helped deliver a memorable debut. Mike Barnard was there. 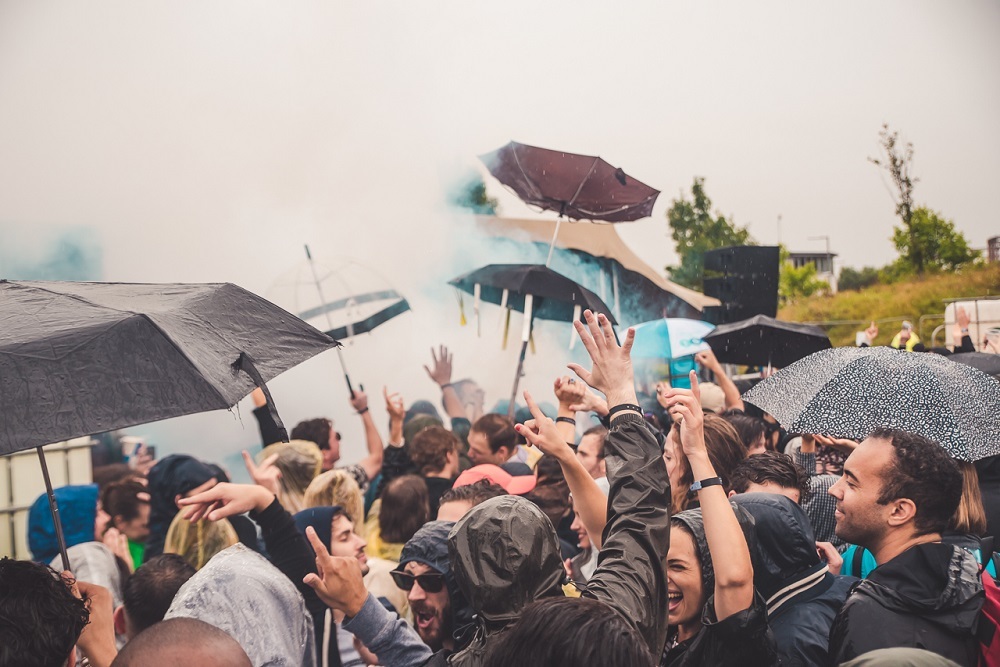 There was nothing to be ashamed about wearing a poncho or raving with a drink in one hand and an umbrella in another when the music was as good as this.

While the weather didn’t play ball with Percolate’s plans for their debut outdoor event in London, it mattered very little. You could tell from the spirit with which revellers were arriving at Three Mills Island, they were ready to party come rain or shine - and there was nothing to be ashamed about wearing a poncho or raving with a drink in one hand and an umbrella in another when the music is as good as this.

We would arrive at the closest tube - Bromley-by-Bow - just as the heaven’s opened, skulking through the A13 underpass and emerging into a quaint part of East London on the banks of the River Lea thinking everything would be fine if that sun we’ve been enjoying all summer would come back for just today. As the bass thuds became louder, we saw some revellers awaiting others beneath the trees offering some shelter near the festival entrance on Three Mills Island, but we joined short queue to get in wondering how the crowd was faring inside. 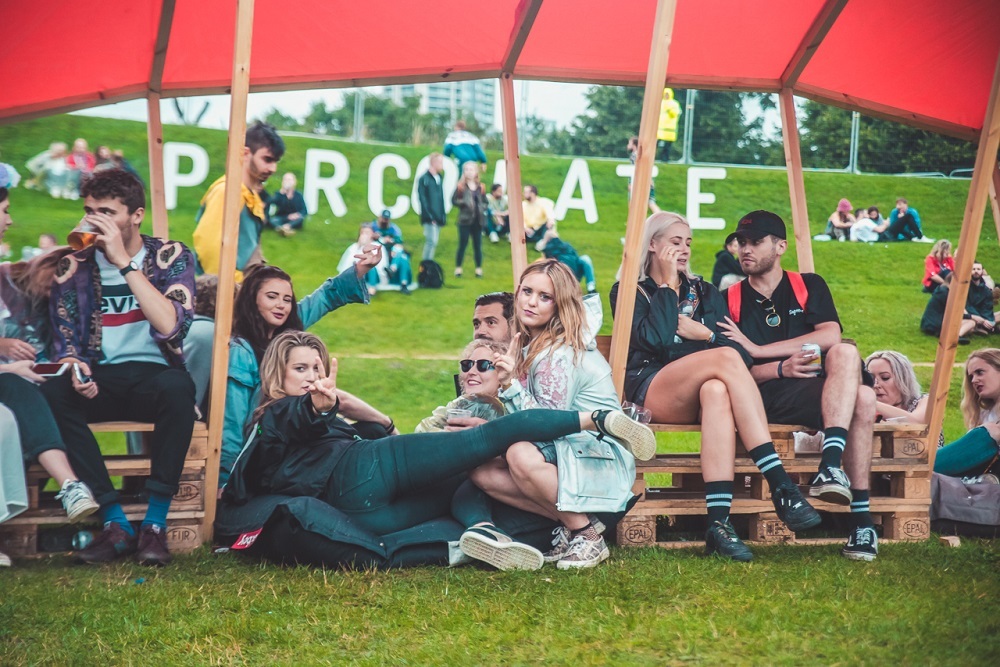 We were immediately caught up in the hugely-positive spirit as we heard the first tune of the day: Moxie blasting out Daphni’s edit of Luther Davis Group’s ‘You Can Be A Star’. That was the elixir we needed. Seeing the waterproofed masses in front of The Face main stage warmed our hearts, and suddenly a little drizzle didn’t matter - we’d be home to dry tonight anyway! Percolate’s aim was to concentrate all their efforts into delivering on the elements that matter most about a music event - the sound, artists and simple conveniences - and as we took in the site, it was clear the budget was spent far more wisely than many larger-scale festivals in central London parks.

The quality of sound demands a tip of the hat, and the smart-but-simple stage designs felt unique. Bars were plentiful and some had the benefit of offering shelter, as did a secluded area with trees which proved popular during the heavier downpours. These would hit during Objekt and Paranoid London’s sets at The Face, but the former’s big up techno followed by the latter’s apocalyptic live acid with their MC’s shouts played into the conditions perfectly. We were locked in to rave until the finish. 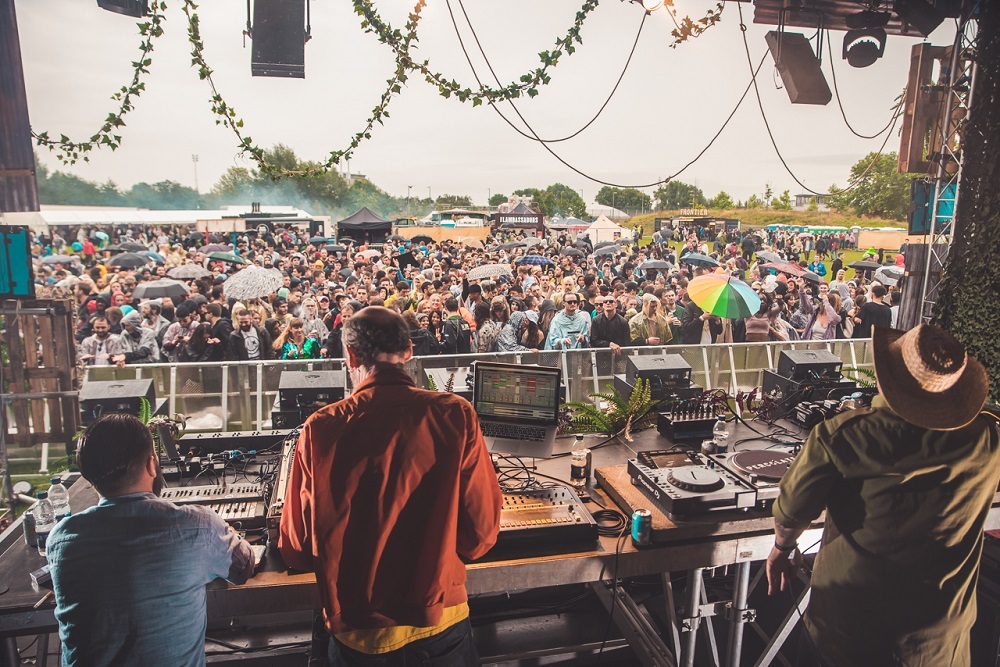 A trip to the bar next to second stage - The Unit - was supposed to be a pitstop before heading back to The Face for Scuba, however Saoirse lured us to her set when we caught the jacking ‘That’s Right’ by DJ Boneyard, and we never really prised ourselves away: she just kept us dancing for the full two hours of her set. This was a real techno workout with Graylock’s ‘CTM’ (Steve Rachmad Shortcut), Grain’s ‘Untitled B1’, the Octave One remix of John Thomas’ ‘Working Night’ and CJ Bolland’s to finish ‘Camargue’. Respect to that range of solid gold tunes. 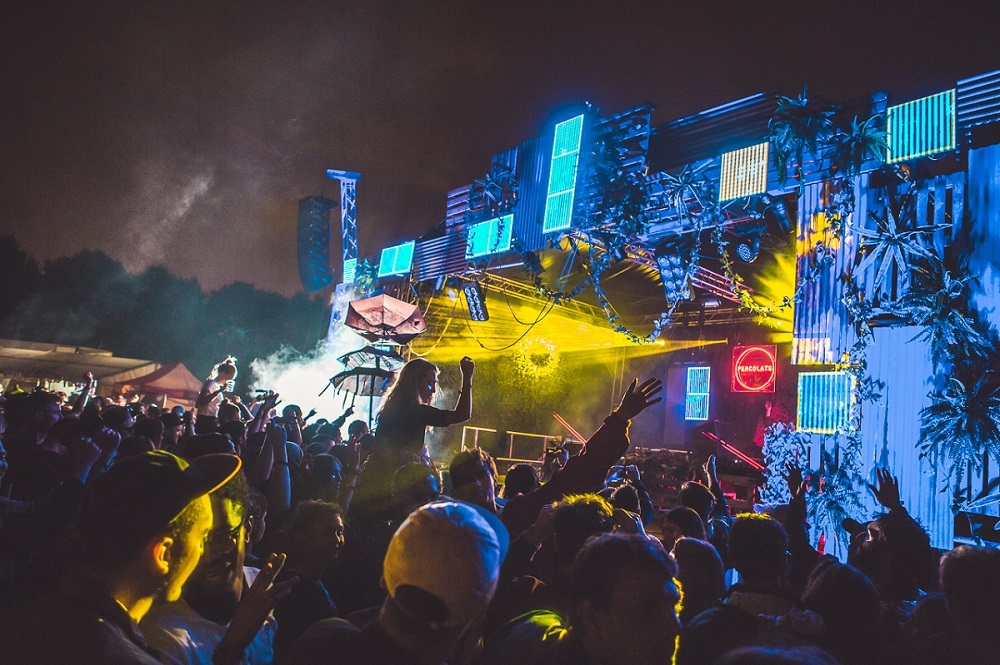 As darkness descended and DJ Koze played on The Face, we kept to The Unit for Sonja Moonear who put in a set to rival Saoirse’s. In a lively two hours of house and techno, she found time to drop in Frankie Goes to Hollywood’s ‘Relax’ without any hint of irony (ok, maybe a little but we loved it). The closing tunes of Låpsley’ ‘Operator’ (DJ Koze’s Extended Disco Version - surely deliberate) and Frankie Bones’ ‘Dance With Me’ brought with them a sadness for the end of the day we did not expect to feel when we left the flat in the morning.

Percolate Open Air conjured up a unique party spirit, made all the more special by braving the challenging conditions where ponchos, raincoats and umbrellas appeared and disappeared throughout (or not - respect to those who arrived with their standard music festival-wear and just got on with it). The quality of both sound and DJs shone through so whatever the weather next year, we’ll be back down the front. 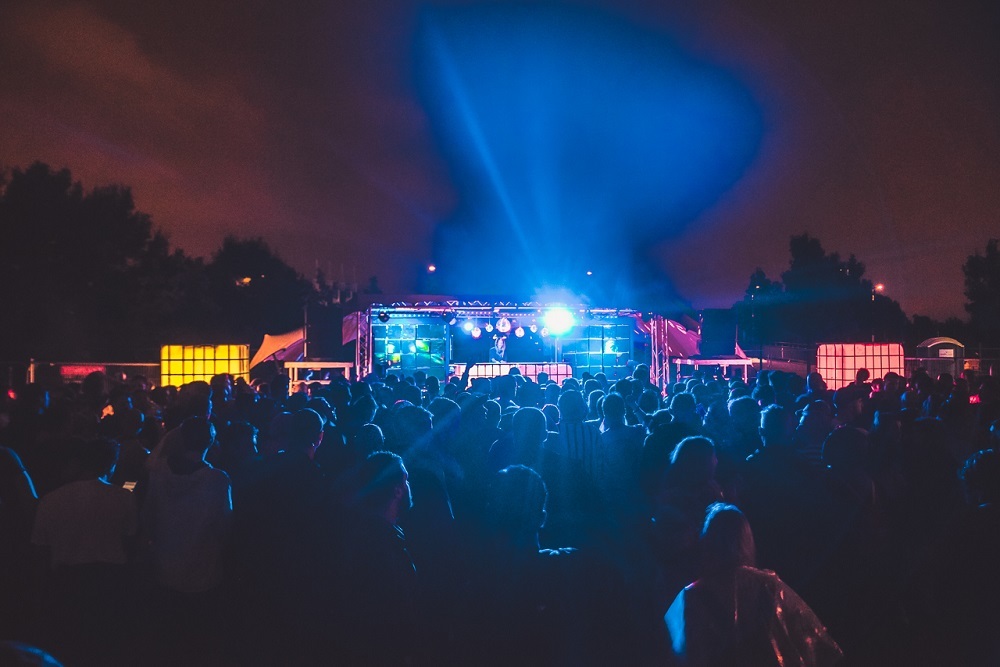 Photography by Michael Njunge and Gemma Bell for Here & Now.