Printworks London continues to impress with the launch of Nina Kraviz’s new label Galaxiid the latest daytime party to showcase the new cultural space. On Saturday, March 25th the focus was on live performances exploring electronica, techno and acid plus DJ sets from Luke Vibert and Kraviz herself as she presented the first event under the Galaxiid label which will be skewed towards experimental, ambient and psychedelic music. 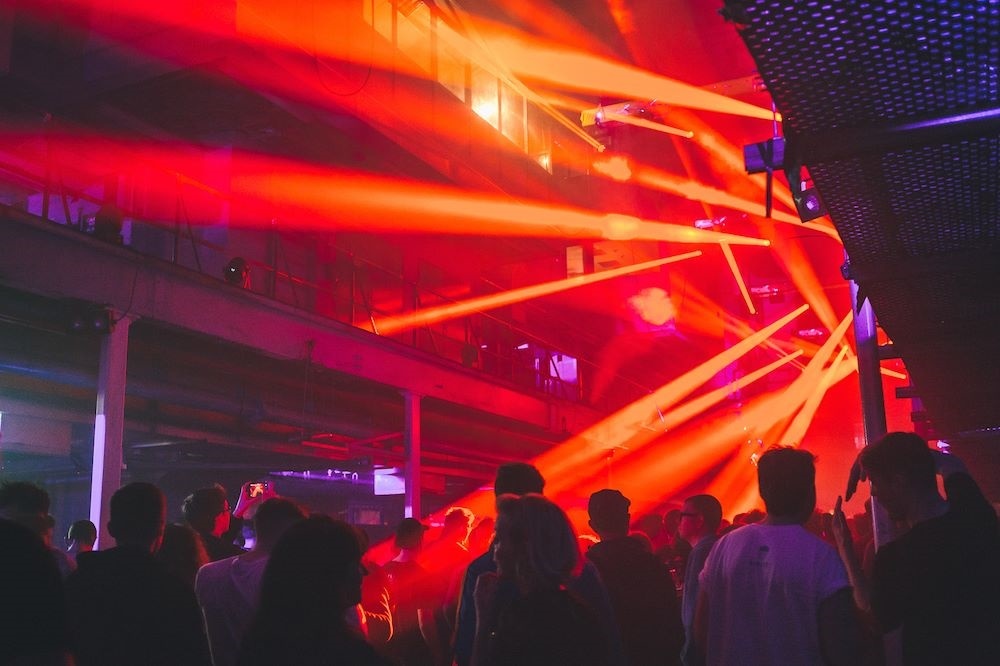 We arrived just as Russian duo PTU were performing live with industrial beats acting as a dramatic welcome to the cavernous Press Halls, and the crowd steadily building in size. Handed such an early set, PTU seemed to be holding back a little given their most recent acid accelerator ‘Yes’, but their measured performance set the tone perfectly for veteran Detroit electro purveyors Dopplereffekt. The iconic masked duo, dressed in black, stood looking at each other armed with just a pair of keyboards to produce their superior, stripped-back electro that echoed down the vast hall in vibrant pulses belying its simplicity. 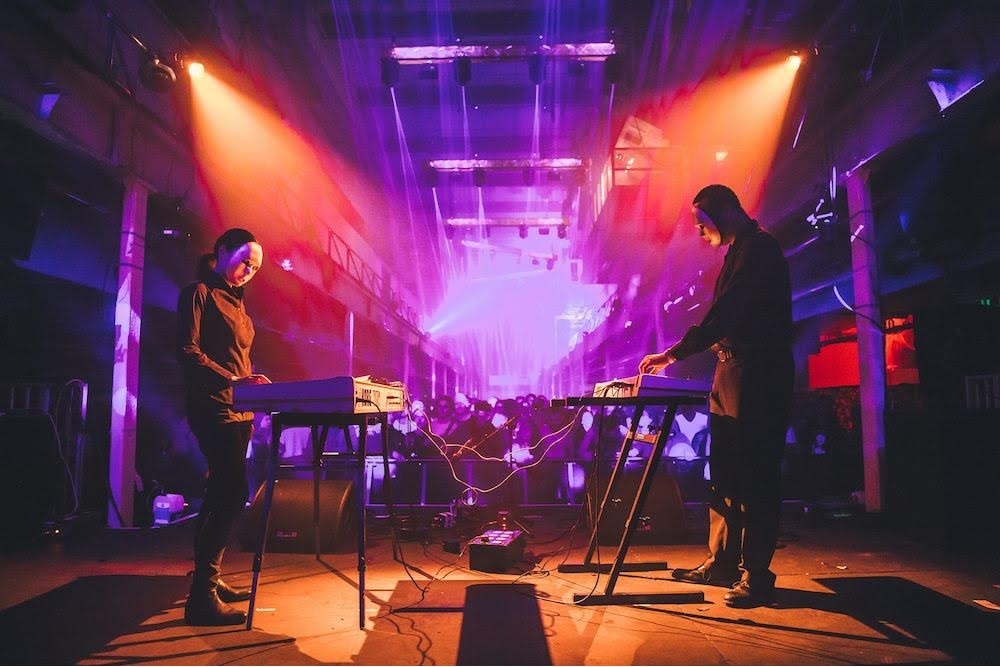 Their masterful and composed music was retro and futuristic at the same time, much like rave maestro Luke Vibert who somehow managed to play old skool rave and electornica in a way that sounded fresh and unique. He ploughed straight in with Kraftwerk’s classic 1970s release ‘Trans Europa Express’ and would dip into the 1990s for LFO’s ‘LFO’ and then the noughties for Human Resource’s ‘Dominator’. Throughout his 90 minutes, Vibert kept the beats frenetic and lively as the Printworks London neared capacity.

Iconic masked duo Dopplereffekt, dressed in black, stood looking at each other armed with just a pair of keyboards to produce their superior, stripped-back electro that echoed down the vast hall in vibrant pulses belying its simplicity

Acid house royalty 808 State followed with a live set that of course included ‘Pacific 202’ with its unmistakable saxophone, dropped mid-set to allow for a transition into drum & bass vibes to stir up the crowd. Having a live drummer meant this was a visceral end to their hour which marked the transition back to the future-looking sets of Kraviz and Bjarki. 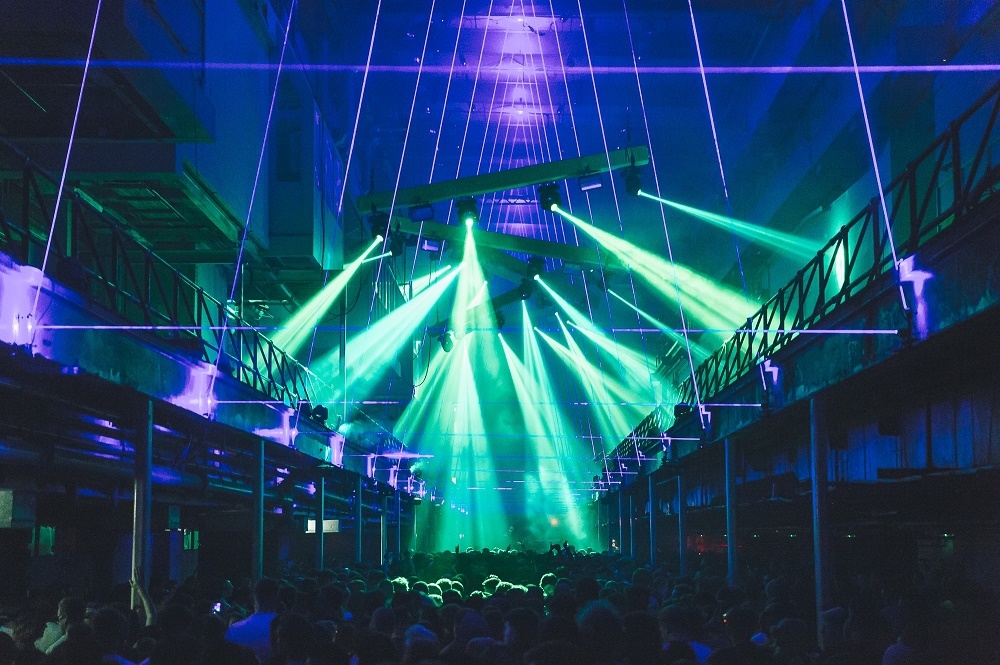 Galaxiid boss Kraviz seemed determined to play a set which encompassed all the sounds which will shape the label which resulted in a deep sonic soundscape. Ambiance would give way to dramatic 4/4 beats and acid would meld into electro bleeps fluidly, binding hypnotically with the captivating Printworks lighting.

The spell was only broken when Bjarki’s live broke through like a sonic juggernaut carrering down the Print Halls with pounding, speedy techno from the off. He’d break off 10 minutes form the end to give everyone a moment to grab a few gulps of air before finishing with a hip hop-infused gabber finale - a delightfully satisfying last stomp in what must have been the most experimental Printworks line-up to date.