The Found Series drew to the close of a challenging year with a triumphant Moondance Festival that made good on the promise of learning from the mistakes of Found and 51st State. Armed with legends of the rave scene spanning house, jungle, drum & bass, acid and techno at Queen Elizabeth Olympic Park in Sunday, September 18th, the day event marked a return to the heyday of dance music in the 1990s. Mike Barnard got amongst the action. 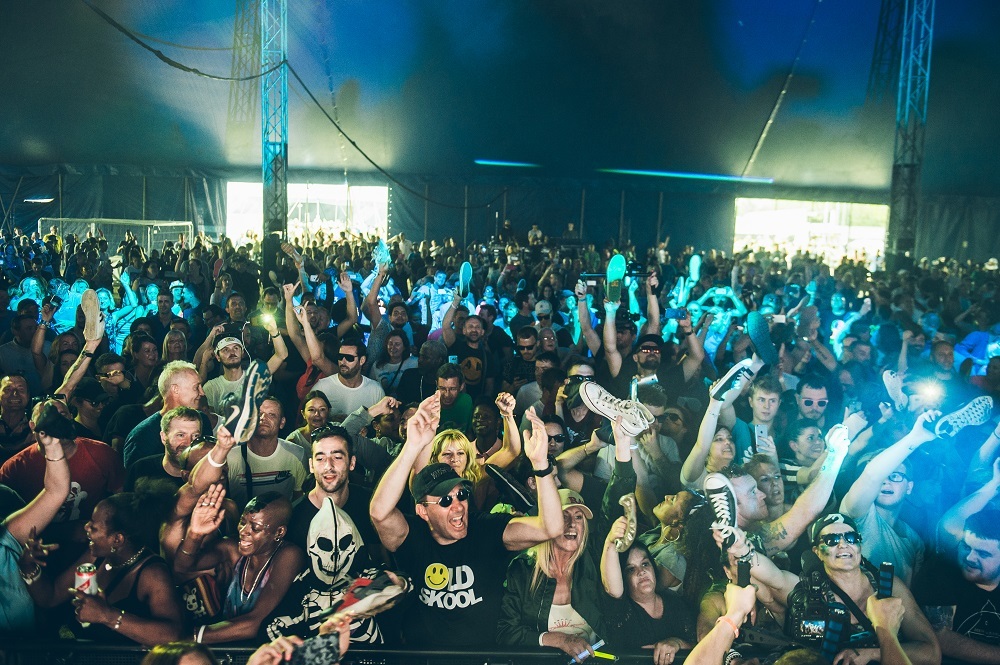 Moondance Festival closed the Found Series 2016 with loud sound, minimal queuing and a rave spirit that harked back to the 1990s.

Located at the far north of the Queen Elizabeth Olympic Park in Stratford, we would walk with the newly christened London Stadium to our left away from Westfield to reach the Moondance Festival site, close to the Lee Valley VeloPark. En route there were plenty of excitable old school ravers bigging up the scene in the 1980s and 90s giving us every indication they would be a hard audience to please. Novelty t-shirts, luminous graffiti bucket hats, sunglasses and trainers were sighted while we had one guy shout ‘get your whistles and horns’ as we approached the entrance. It felt like we’d gone in to a time warp in the best possible way - you could tell the crowd was looking around feeling like they were among their peers and familiars. 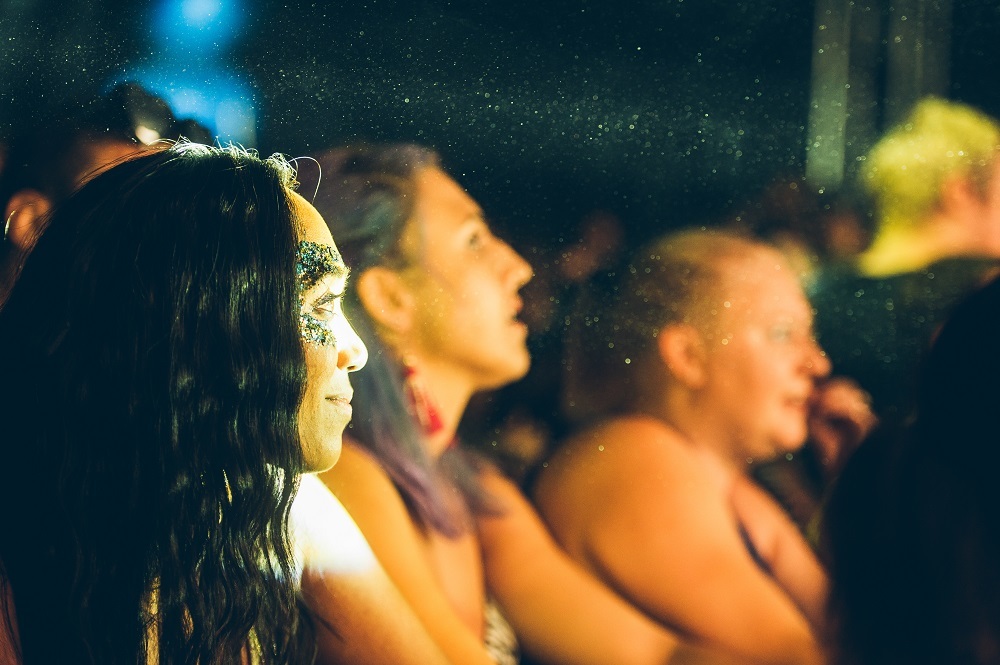 There was no sign of a queue at the front entrance despite a slightly delayed start to the 11am billed time, and once inside the arena was dealing with the early arrivals admirably. As we got our bearings around 1.15pm, there were no queues at the now cash and card accepting bars (no tokens this time) while drinking water was available at two major watering holes and the Funktion One soundsystems on the stages seemed to be turned up to 11. An overcast but warm climate meant everyone seemed comfortable in jeans and a t-shirt or an equivalent - it was time to get amongst the music. 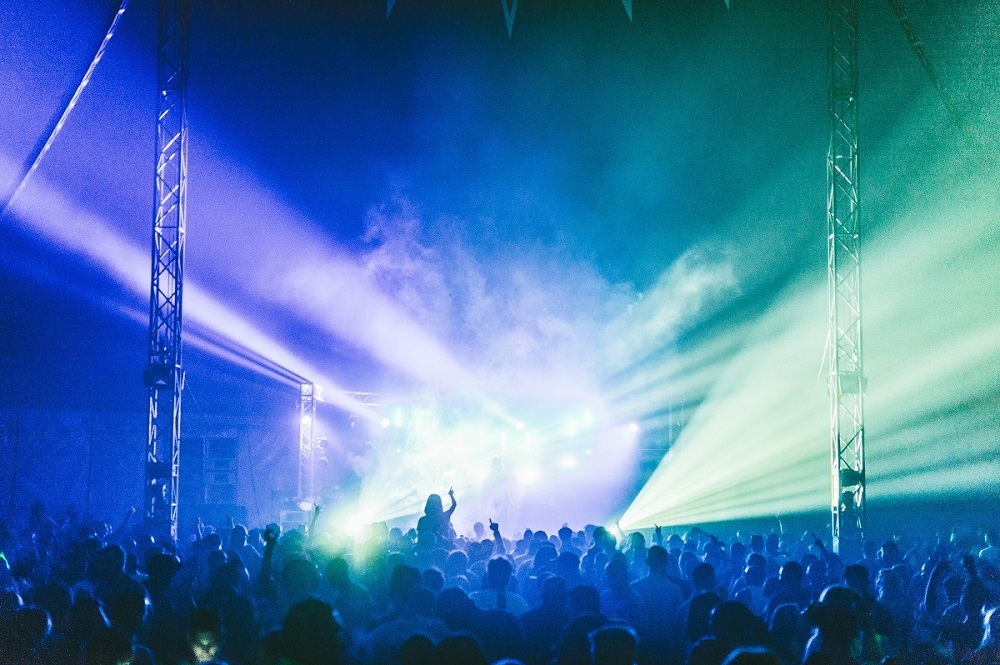 Our early scout around the site found a compact arena, yet the tented stages meant the sound bleed was ok between stages. In the Promised Land tent Marshall Jefferson was warming up the crowd with classic house such as his own ‘Move Your Body’ while at the main stage there was dub and reggae from the ever-reliable iChannel One Sound System whose only complaint could be the lack of some sunshine for their blissful basslines. A Guy Called Gerald disappointed with his live set aimed to provide an evolution of dance music which seemed to involve a series of tame drum & bass excursions so we sought out some beefy drum & bass at the Jungle Mania & Roast stage where Grooverider was keeping it one of the most populated venues on site while the Breakin Science stage saw all manner of crazy dancing that seemed to involve bodies staying upright while legs flayed at impossible angles. 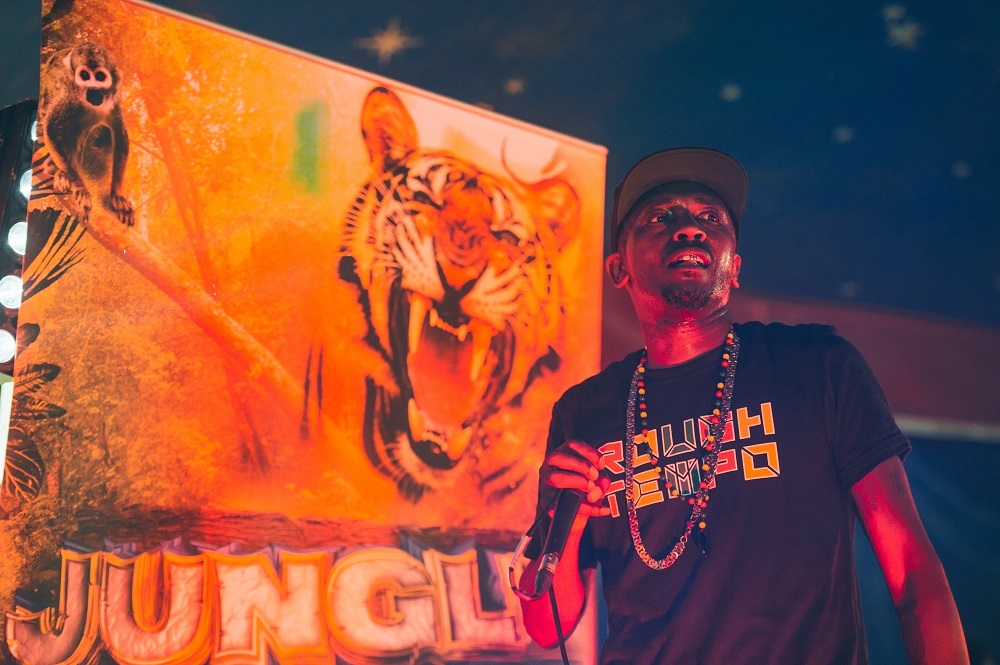 After witnessing what appeared to be the fitness workout of epic proportions at Breakin Science, we retreated back to the VIP area for a breather as Lily Rivers played the House FM stage dropping Nightcrawlers ‘Push the Feeling On’ and Mark Knight’s ‘Your Love’ - perfect for 3pm on a Sunday afternoon. 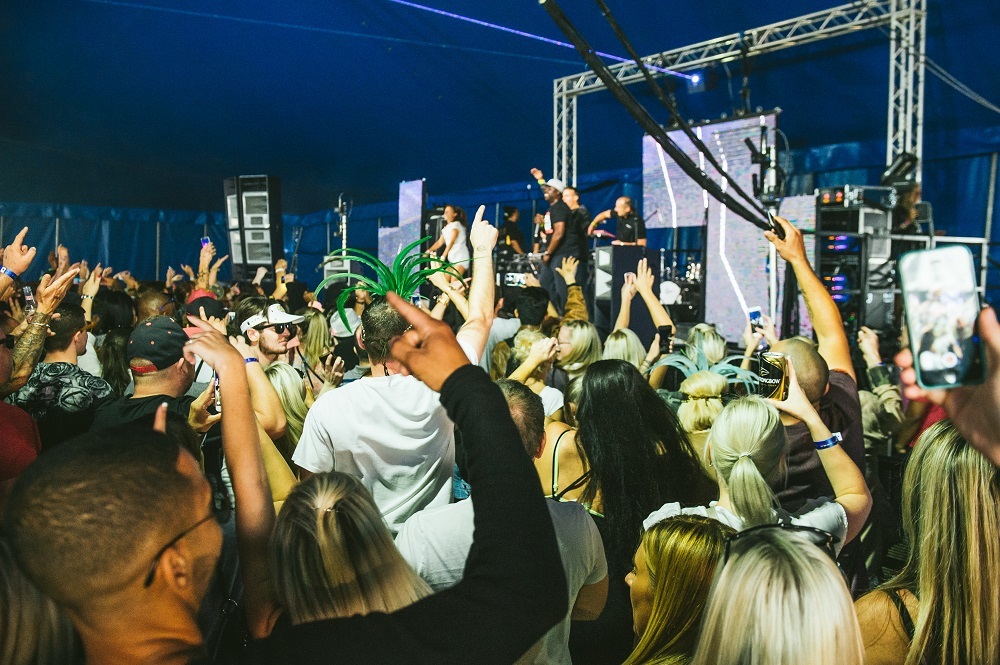 Ratpack’s main stage set was like a history of dance music that would start with the first electronic bassline in ‘Under Mi Sleng Teng’ written in 1984, then work up to the mid 1990s while carrying the largest crowd the stage saw all day. MCs did a fine job of maintaining the crowd’s engagement and by the time a splash of jungle had given way to the acid of Josh Wink’s ‘Higher State of Consciousness and Gordon Edge’s ‘Compnded’, the atmosphere was fever pitch. Shame, then, that the promise of New York techno don Joey Beltram next turned out to be too underground a choice to keep the audience waiting during the short changeover. Perhaps pulsating techno does not map easily to old school rave culture even if you book a DJ who’s been in the game since the mid 1990 but thankfully Beltram was in no mood to worry about a small selection of techno fans awaiting his set. 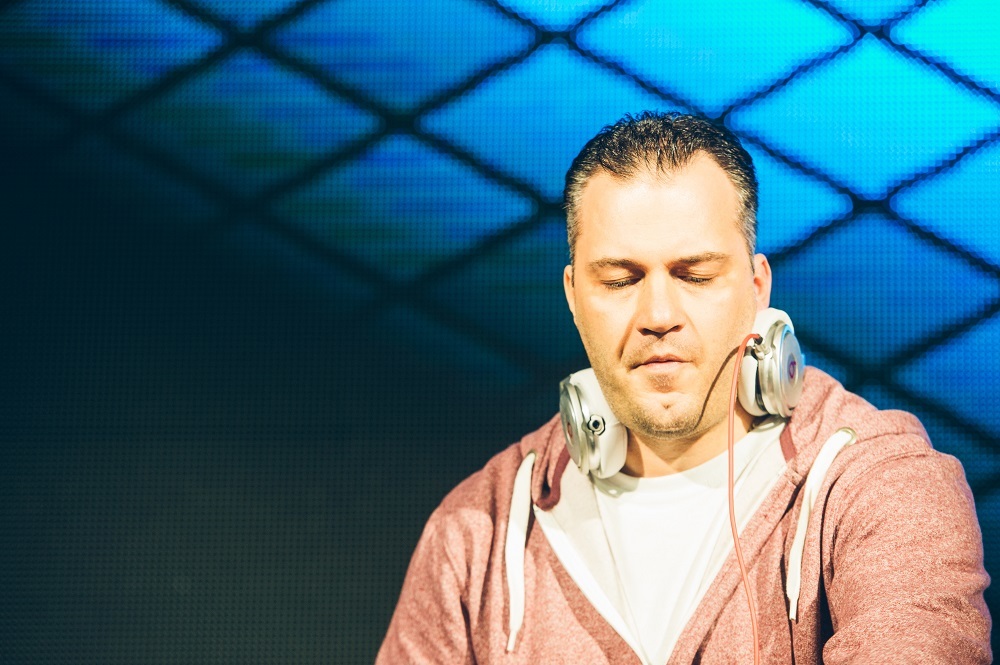 From the moment the opening hoovers of ‘Mentasm’ - released under his alias Second Phase - boomed out over the techno faithful, there was little doubt this was going to be a real treat for those who were partial to high tempo 4/4 with a raw synth and big, bassy bottom ends. Yes, of course he slipped it back to a mid tempo for perhaps his most famous tune ‘Energy Flash’, but it was the eye of the storm of a set which may not have been for the vast majority of Moondance attendees, however helped them lay claim to truly covering both all the sounds of rave in the 1990s as well as booking the pioneers of the scene - it was just a shame that Fast Eddie’s live PA and DJ hybrid set of acid was on at the same time in the Promised Land tent next door as what we did get to hear was impressive. 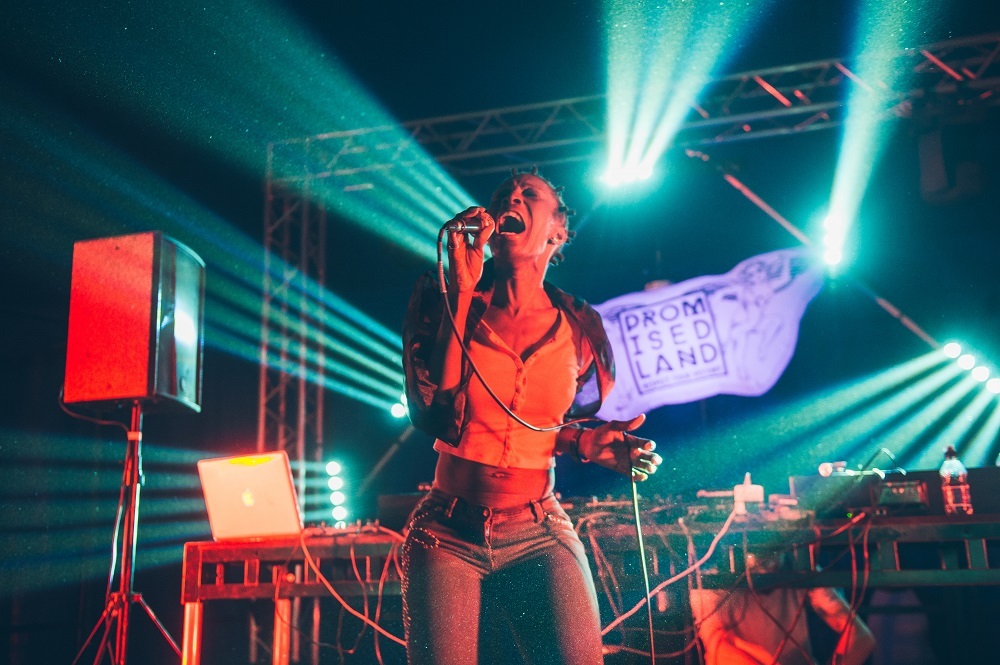 After Beltram came a trio of live acts turning back the clocks. First up Angie Brown took to the main stage to belt out her lyrics on Bizarre Inc’s ‘I’m Gonna Get You’ and Brothers in Rhythm’s ‘Such a Good Feeling’ ahead of Alison Limerick’s ‘Love Come Down’ and ‘Where Love Lives’ in Promised Land. We were back at the main stage for Livin Joy’s ‘Dreamer’ and ‘Don’t Stop Movin’, rounding out an almighty sing-a-long that put smiles on the face of every onlooker bopping to tunes they probably never expected to hear sung by the original singer. 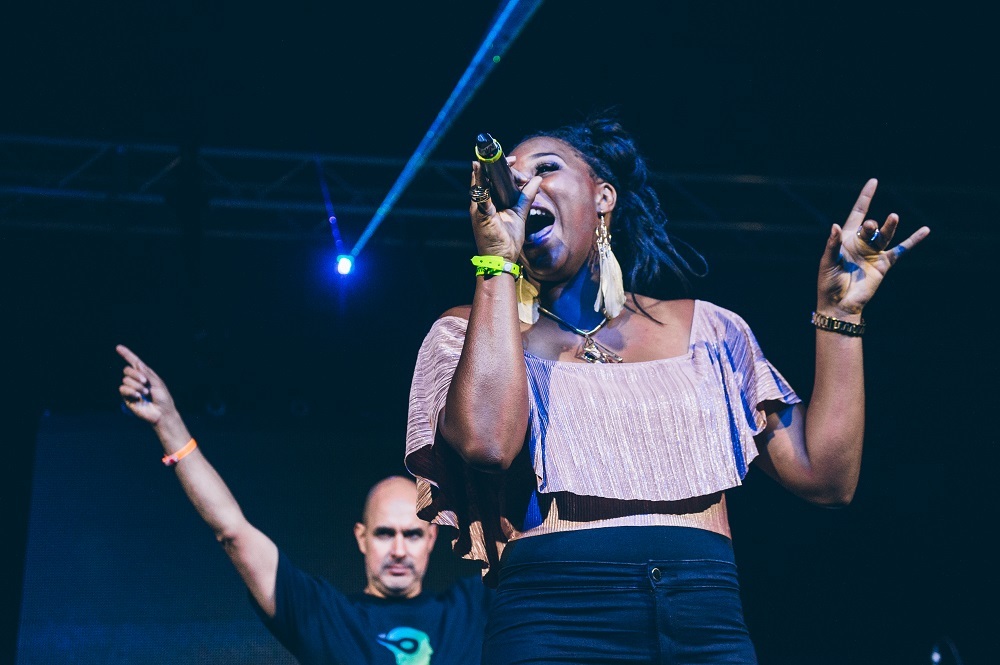 The rest of the day became a blur of classics such as Klose One playing Tall Paul’s remix of Camisra’s ‘Let Me Show You’ at the Relentless Presents stage, Strings of Life’ dropped by Terry Farley at Promised Land and Todd Terry giving Junior Jack’s ‘E Samba’ an airing and utilising Crystal Waters’ ‘Gypsy Woman’ as a set closer. We’d wander into the Garage Nation tent for lashings of flashback-inducers such as ‘(I’ll Bring You) Flowers’ and ‘Rewind’, while DJ Phantasy and Freestylers brought the day to a close on a high. 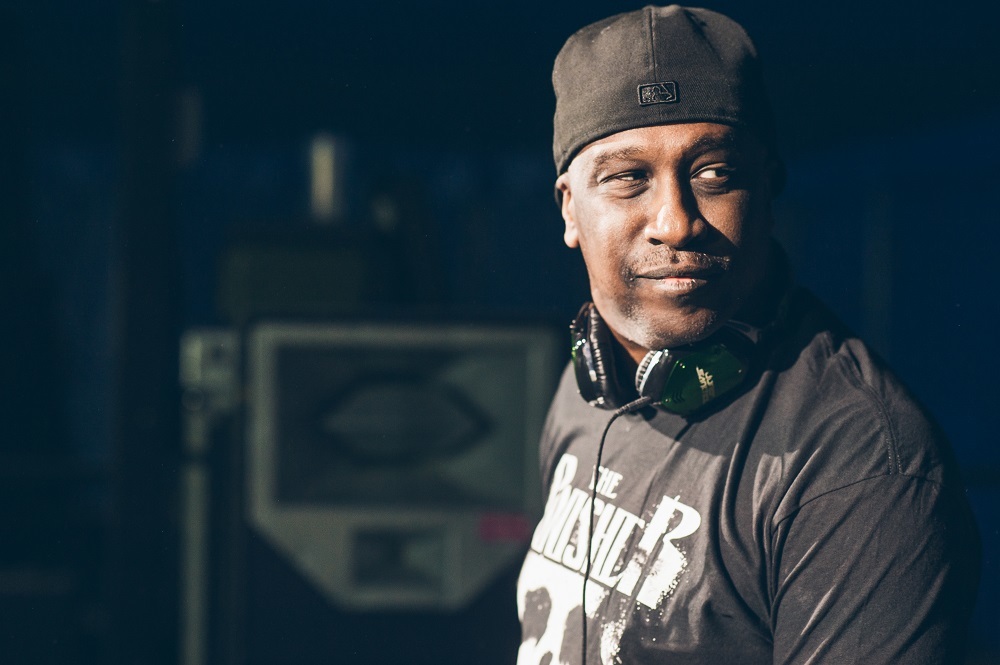 After questions being asked of the Found Series following issues with queing and sound levels at both Found and 51st State, Moondance Festival offered a vote of confidence with minimal queing throughout the day and no complaints about how loud they could turn up the formidable soundsystems in every tent - all achieved despite a compact site thanks in part to sound-cancelling technology. Yet, although Moondance didn’t have the footprint of the similarly-themed United Festival (which co-hosted the main stage) in Finsbury Park last year, that wasn’t a bad thing - the vibe was relaxed and friendly the whole day and there was plenty of space to sit down too in what was a moderate climate. Posters across the site revealled Found will be bringing Ceremony and United festivals back in 2017 at an East London park on Saturday, April 29th and Sunday, April 30th of the May bank holiday weekend. On this evidance, they will be events to excited about provided the organisers can deliver to the same standard of the debut Moondance Festival. 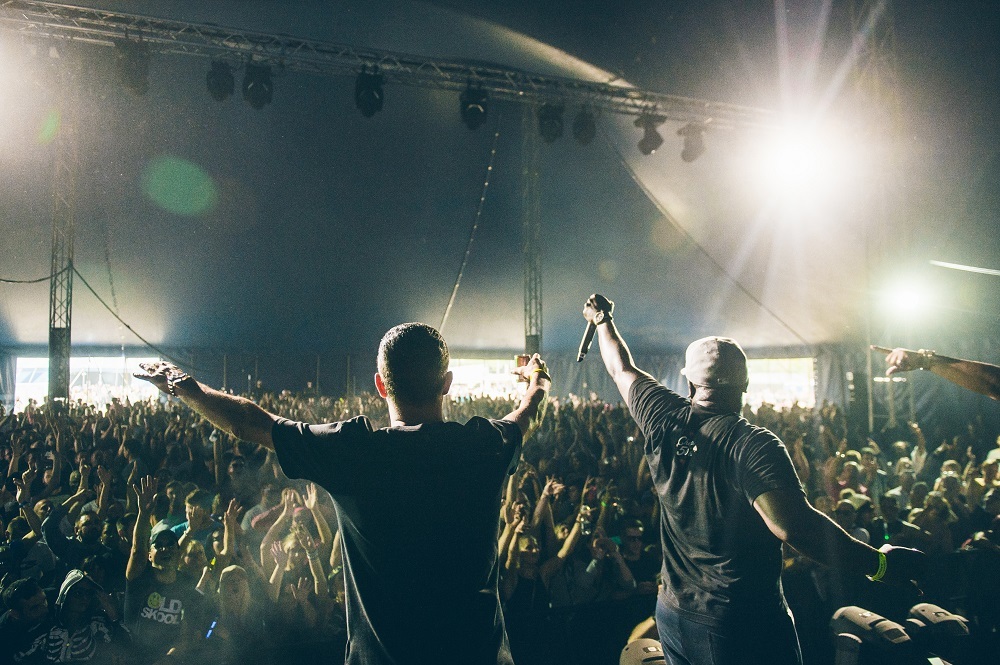