Bristol’s Love Saves the Day returned for its sixth edition over the late May bank holiday, taking over Eastville Park on Saturday, May 27th and Sunday, May 28th. We headed along on the Saturday for the mix of house, disco, techno, electronica and bass across 10 stages featuring Little Dragon, Jamie Jones, Bicep, Hunee, Ricardo Villalobos and Andrew Weatherall. 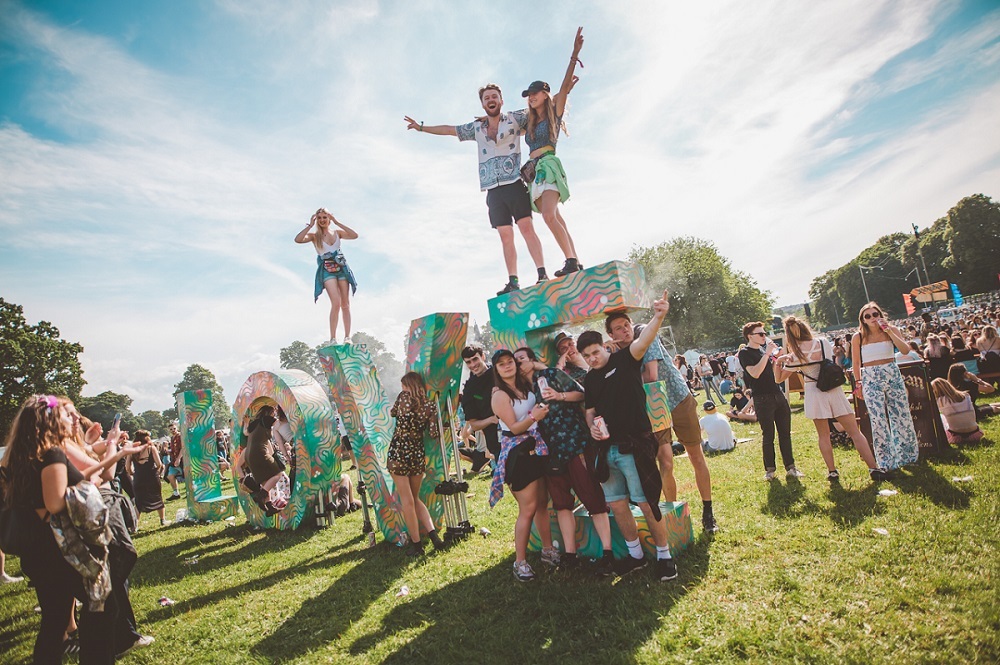 Any outdoor festival has revellers avidly consulting weather forecasts in the run up to the event, but concerns that the glorious sun in the build up to Love Saves the Day on a bank holiday weekend might give way to rain over the weekend proved wide of the mark. A grey sky on Saturday morning would start to clear by 12midday bringing relief to those Bristolians wanting to get their summer festival chic on for the day.

Organisers brought in extra security measures this year to ensure the safety of guests, but the queue moved efficiently when we arrived just before 3pm so we were soon inside. Four hours in already, the site was bustling with energy. The Cocktails and Dreams stage caught the eye with its raised dancefloor awash with colourful, beaming dancers facing into the festival site. The benches outside the inflatable church were filled as much with guests wanting to rest in the sun as see who came bursting out of the cartoon-looking structure following a festival marriage. 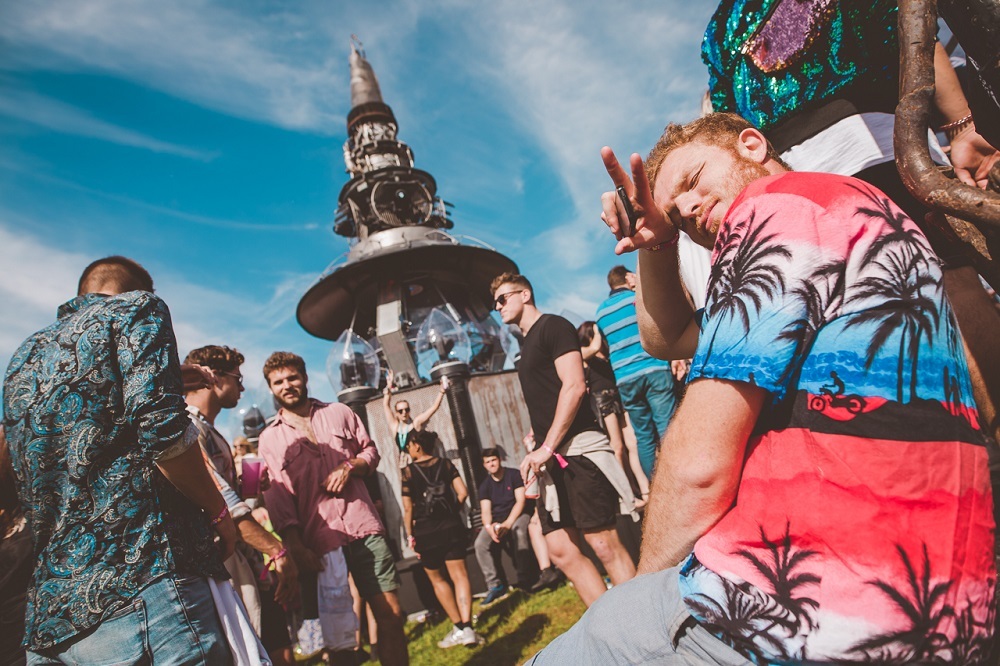 We made our way down past the main stage to the Lost Garden, a new area for this edition which was tucked away amongst the trees at the bottom of the hill. Artwork was busy spinning house and disco as the sun shone down between the leaves for a sparkly first dance, then we headed up to catch Houndstooth’s Call Super at the Paradiso tent where Just Jack was hosting. The usually techno favouring DJ and producer was playing against type with a progressive, almost samba style as we walked past - no doubt in the knowledge straight-up 4/4 wouldn’t be the best bet for a Bristol crowd, especially with rays available in the open air. His set was perhaps best enjoyed on the periphery of the tent, however the distractions of outside stage proved too great as we wandered into the Shambarber enclosure where Jethro was pumping out sleazy house while beguiling dancers flanked the DJ booth. 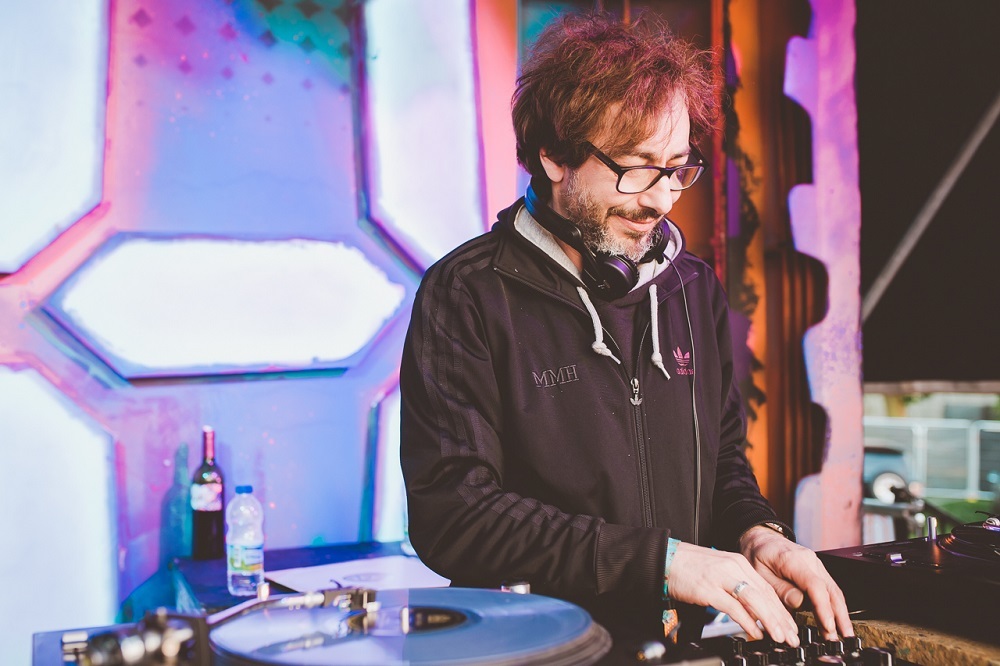 Run by the team behind the Shambarber salon in the nearby Stokes Croft and purveyor of parties in the city, their fun-filled take on life could be felt by the colourful characters all around us. Feeling the need to get out and explore some more, we headed back towards the centre of the site and encountered for what would be the first of several encounters with live drummers pounding away to a crowd eagerly watching on. The grinning troupe were impossible to ignore and we’d see them later taking over the Lost Garden area, then again beating as the sun went down. 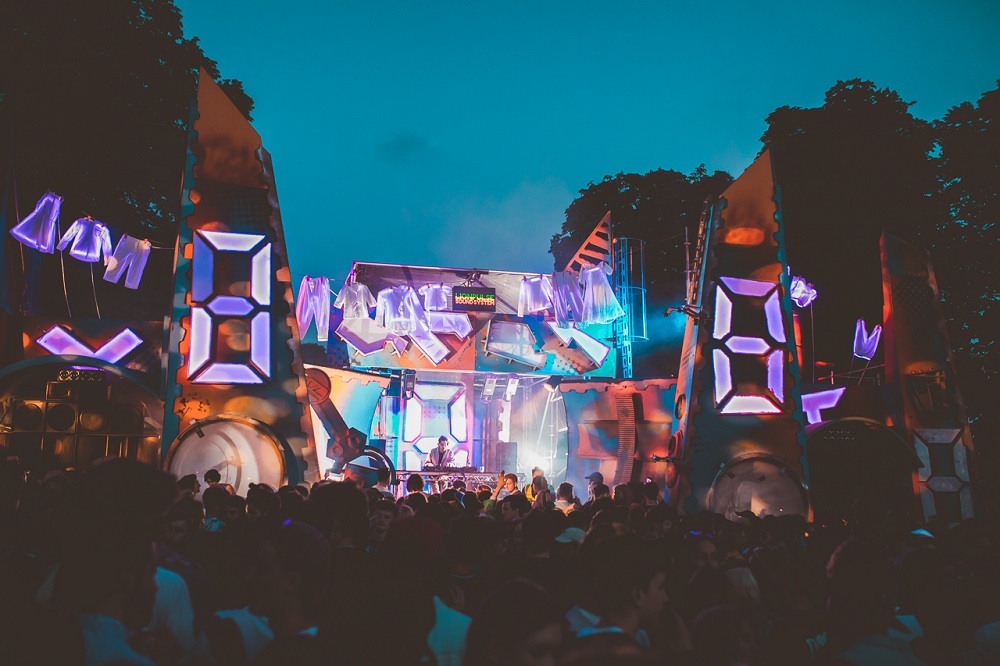 We passed through the fire-breathing Arcadia stage which was yet to reach its smouldering point to find Bonzai dropping bass bombs on the main stage. Bonzai put in a restless presence while her three backers ably provided a varied mix of acid, dubstep and dancehall much to the delight of the crowd. We bopped away, then headed back to the Lost Garden for Butch Queen’s disco before a more considered electronica from Fatima Yamaha who for all his posturing and attempts to infuse the crowd with energy struggled to sustain interest, but no one can ever doubt his epic ‘What’s a Girl to Do’ is a stone-cold classic. 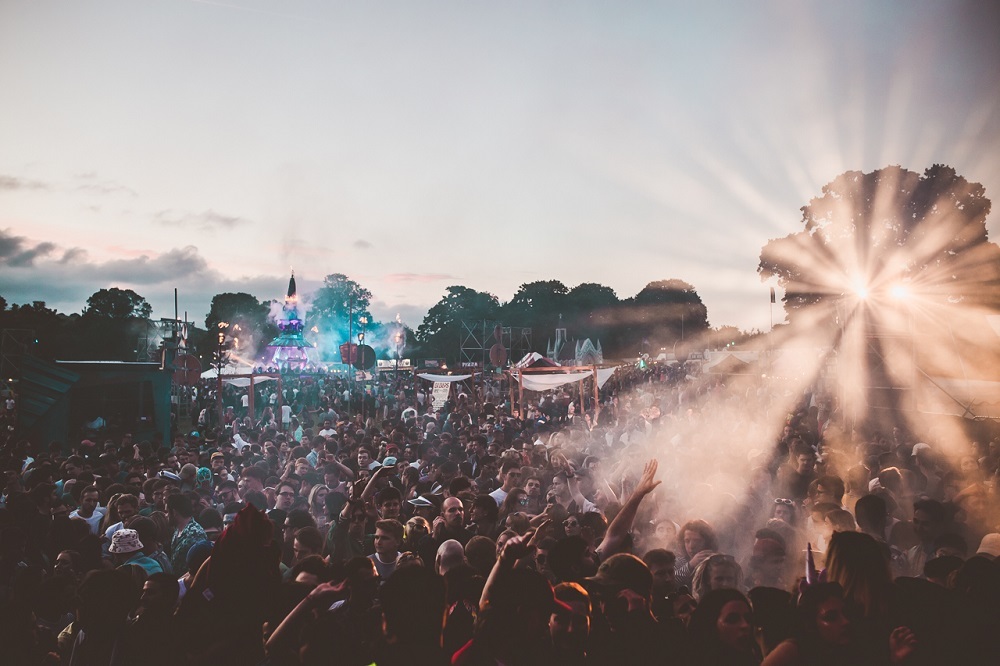 Crazy P were more successful with their live show eliciting a boogie from the main stage collective. The elegantly-dressed lead singer Dannielle Moore was in a sultry number as she sang a slew of upbeat songs before leaving the band to play ‘Heartbreaker’. The almost-instrumental (there’s still Moore’s vocals played on a loop) is perhaps still their most famous tune, however they often drop it in mid-set to cool off ahead of a more vocal-driven second half. We decided to take a quick look around the site as it was approaching 8pm and there was plenty going on to get a look before settling on a final set. 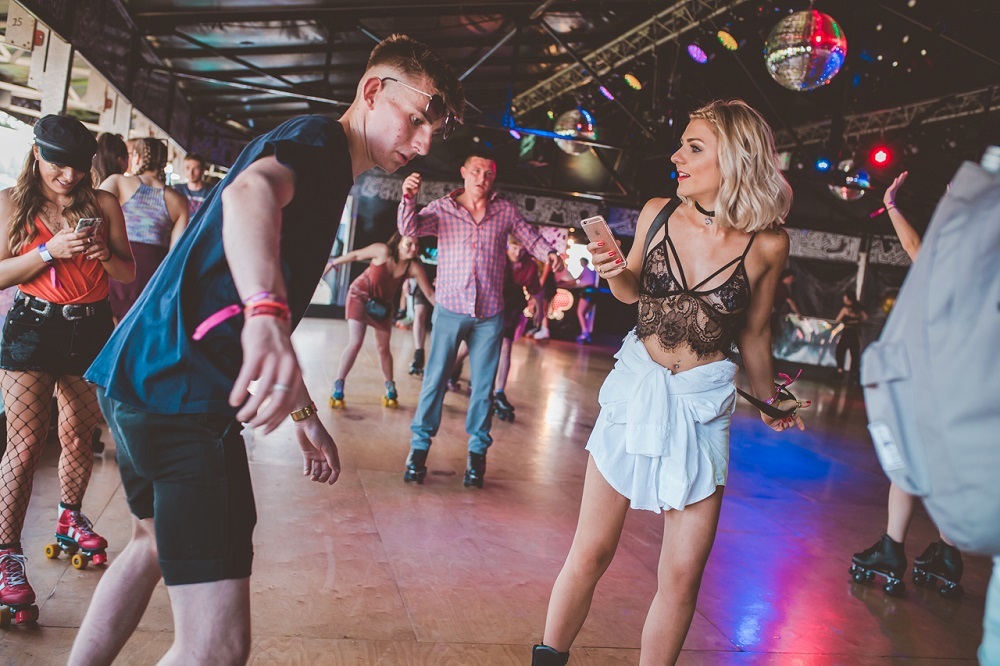 First port of call was the Bump roller disco to the tunes of Dirty Laundry. No time to get our skates on, but it was more amusing to relax on the soft seating and watch those even less steady on their feet than us timidly glide across the floor. Every so often we’d see a more confident skater attempt to emulate the skilful staff leading to either an impressive show of technique, or embarrassed faces following a collision. Swinging by Arcadia we found Craig Richards b2b Ricardo Villalobos one quarter into their four hours of house and techno with the flames lit for the signature Arcadia bursts of fire. 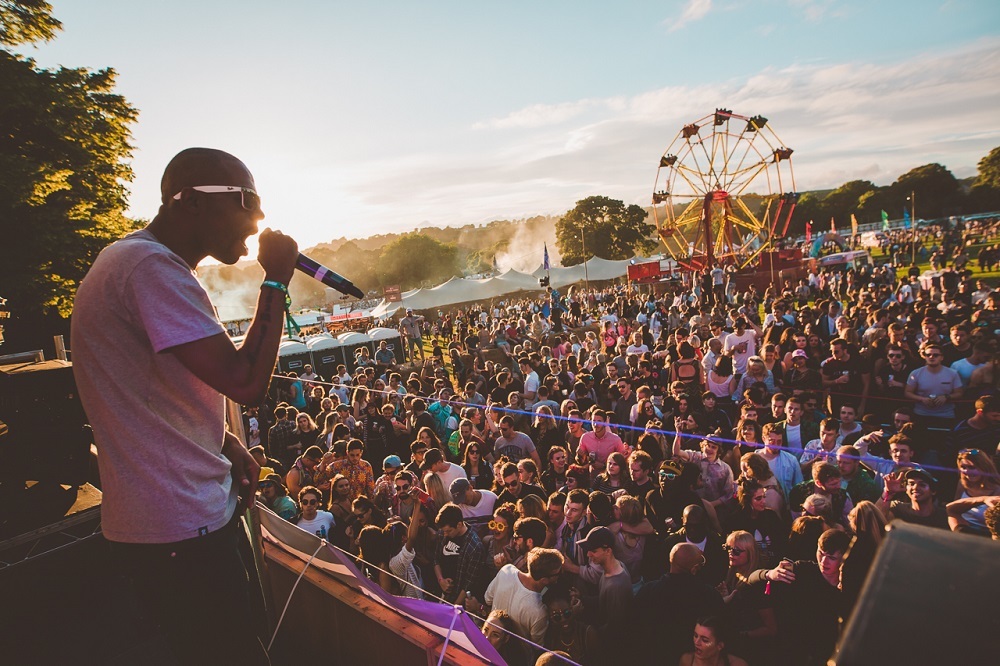 In Paradiso, veteran Andrew Weatherall had donned his flat cap and was getting gritty with his 4/4, but we found ourselves back at Shambarber where Thrilogy was in the midst of dropping a couple of our favourites. Gabriel Ananda’s minimal masterpiece ‘Doppelwhipper’ teased us close to the DJ booth, then The Chemical Brothers’ ‘Star Guitar’ burst into life for a hands-in-the-air moment as the sun was setting. 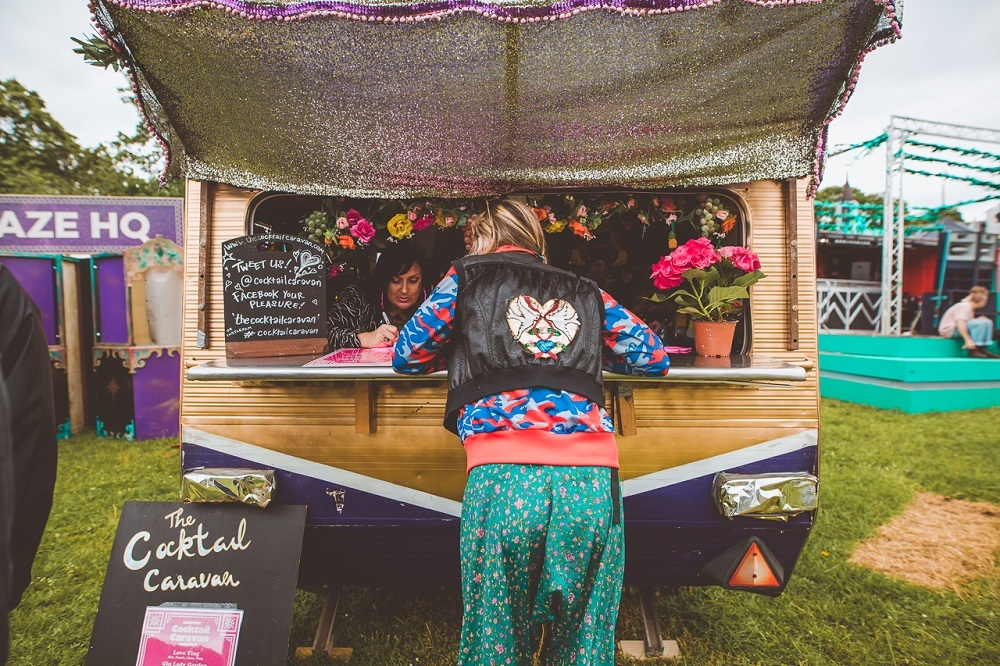 We took our leave of Shambarber to find the last remaining sunspot on-site: the Brouhaha stage where Futureboogie were hosting respected selector Move D. He was in a typically-eclectic mood basking in the final rays of sun hitting the decks while the heads on the dancefloor glistened in the sun’s glow. Entering the final hours, we stopped by the Cocktail Caravan for an Eastville Iced Tea loaded up with booze and sugary sweets to fuel us through a mesmerising set from Little Dragon on the main stage capped off by a final beat-driven blast at Arcadia with Villalobos and Richards that even a brief power cut couldn’t stop. 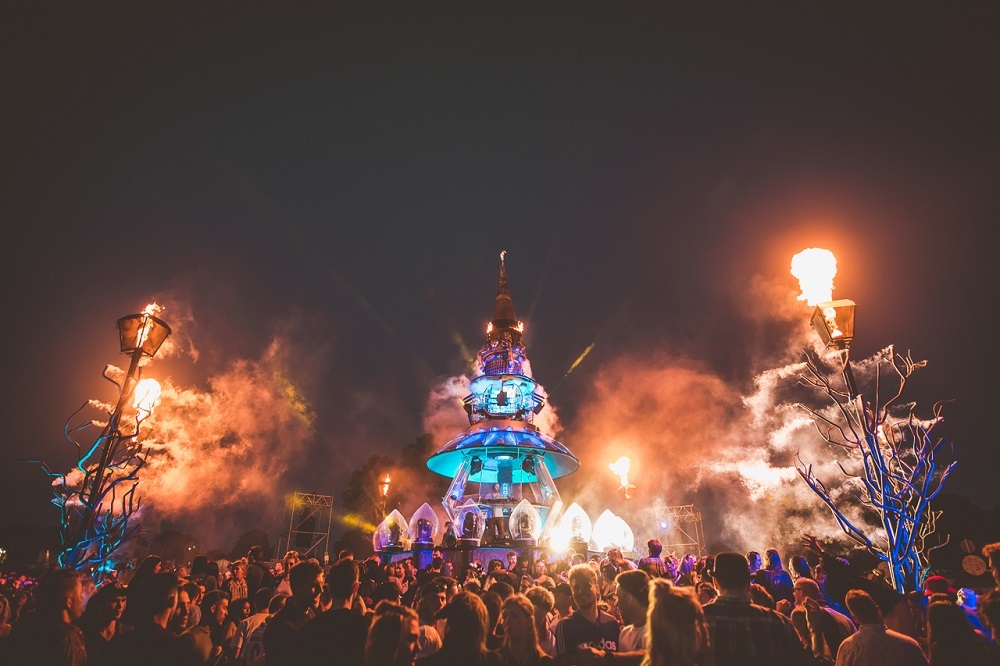 The only downside to what was a sun-soaked day attended by fun-loving music fans dressed in all manner of sparkly outfits was a lack of communication about the cancellation of Nao on the main stage inside the festival. It meant the pushing back of start times on the main stage which caused a little confusion for us until one of our friends pointed out a post on the Love Saves the Day Facebook page, but it was a minot quibble to what was a professionally-run edition of Love Saves the Day now well-and-truly settled in Eastville Park. 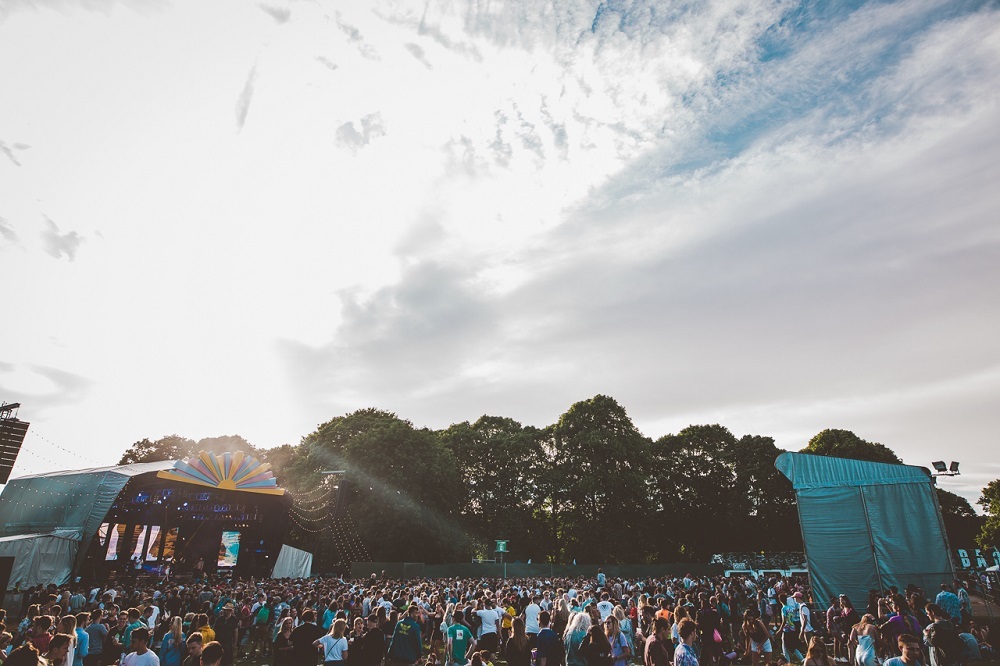