Let It Roll Opens The Portal

Let It Roll, the huge drum & bass festival from the Czech Republic, staged their debut UK show at the O2 Academy Brixton on Halloween weekend. The Portal opened and ushered in chaos from another dimension across four rooms, and Sub Focus headlined a bill that included artists from across Europe. Laura Jones was there. 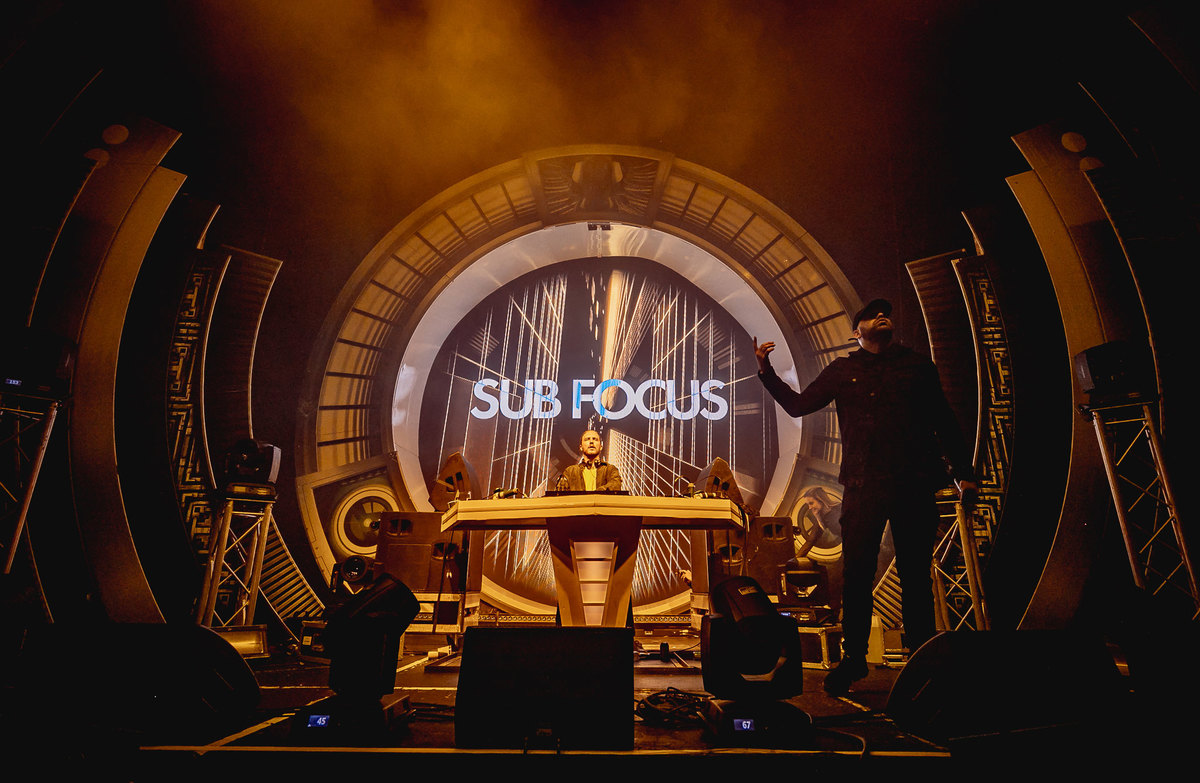 If you’ve heard latest release Solar System, it is these sci-fi sounds that made Sub Focus the perfect headline act for the Portal

Hailing from the Czech Republic, Let It Roll have established themselves as the world’s largest drum n bass festival. Since the first small event in 2002, they now boast crowds of over 23000 that come to enjoy the genre’s best artists all in one place. They’ve been on the move in recent years, hosting their production at festivals like Hospitality in the Park.

But tonight would be the only time to catch the trademark stylish sci-fi stage, the Portal, outside of its homeland this year. As Halloween high-jinks began on Brixton’s streets, we were flanked by robots as we entered the venue. The weird science continued inside, as some ravers had come in costume as Frankenstein’s monsters, club kids and Halloween freaks. Though the scariest thing I saw was not one but two guys dressed as Theresa May. 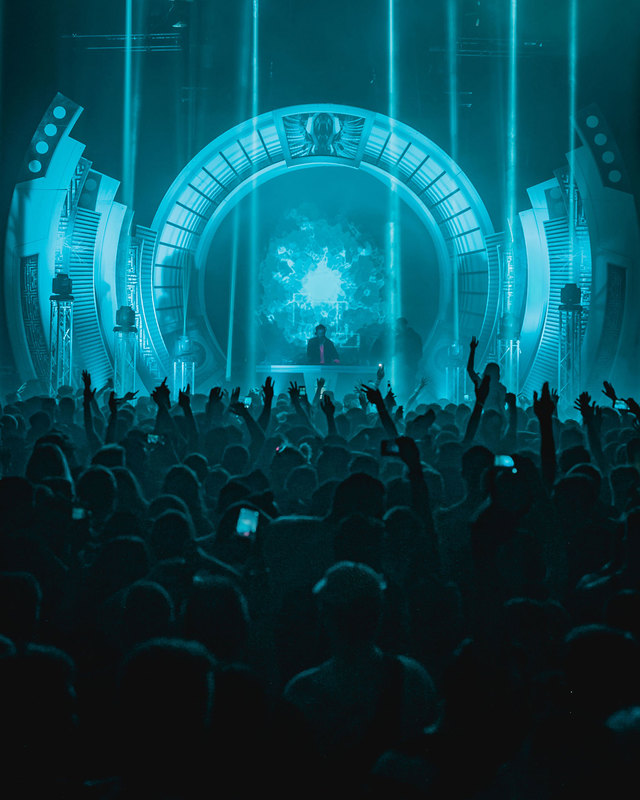 In the main room, rising star of the scene Harriet Jaxxon had warmed things up on this chilly October night, before Randall and Breakage rolled through some jungle heavy hitters. Turno raised the stakes with massive tracks of the summer, the Chase & Status remix of ‘Original Nuttah 25’ and Urbandawn’s inspired Beatles rework ‘Come Together’.

Friction then turned it up hard, dropping Sub Focus’ ‘Siren’ into Culture Shock’s ‘Bunker’ for maximum impact, before it was Camo & Krooked’s turn to fire up the Portal. As their recent release, the shimmering and glitchy ‘Kallisto’, played out, the Portal took on the appearance of a star gate and we were off.

As the skittering beats fell over us it felt like we’d been operating at warp speed, as in no time it was headliner Sub Focus taking to the decks. Atop a console that looked like the control deck of a spaceship, if you’ve heard latest release Solar System it is these sci-fi stylings that made him the perfect headline act for Let It Roll’s debut standalone show. The Portal swung into action again, a swirling strobing orb syncopated to pulsing beats and rumbling baselines. 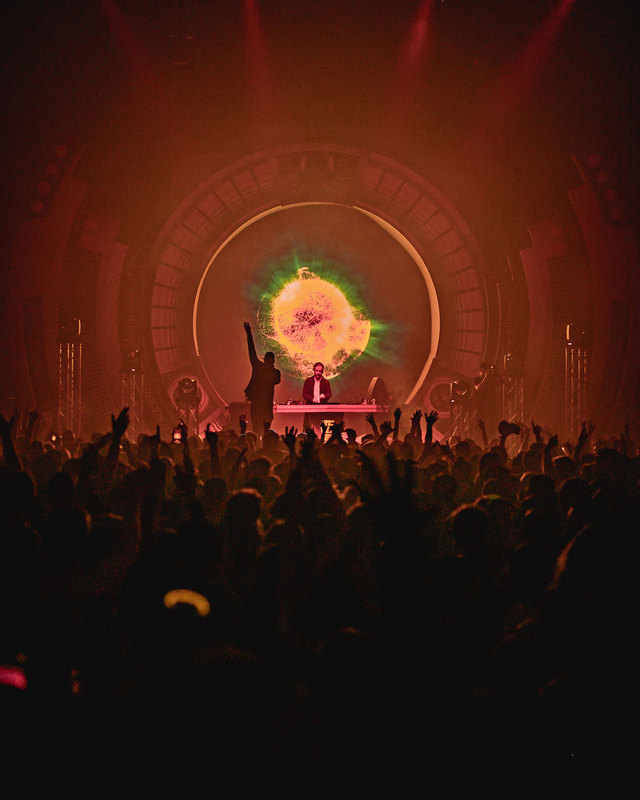 As a DJ set, tonight was for Sub Focus to take us on a journey of the best drum & bass past, present and future. The other worldly vocals of Cameron Hayes rang out over Dimension’s ‘Devotion’ before we were plunged into Wilkinson’s ‘Half Light’, with both producers having teamed up with Sub Focus on recent killer collaborations we’d also hear.

Turning the clock back to Adam F’s ‘Circles’, I like to think it was a cheeky nod to the stage set and Sub Focus’ now familiar circular graphics in his own shows and album art. ‘Full Send’ brought us bang up to date (despite being from the artist named 1991).

The circular, glitchy graphics for collaboration with Dimension, ‘Desire’, loomed large behind. For magical ‘Out The Blue’ from Sub Focus’s 2013 album ‘Torus’ the crowd was bathed in purple light, before being taken back to 2005’s breakout tracks ‘X Ray’ and ‘Airplane’, the straight up drum & bass floor fillers that made his name 15 years ago. 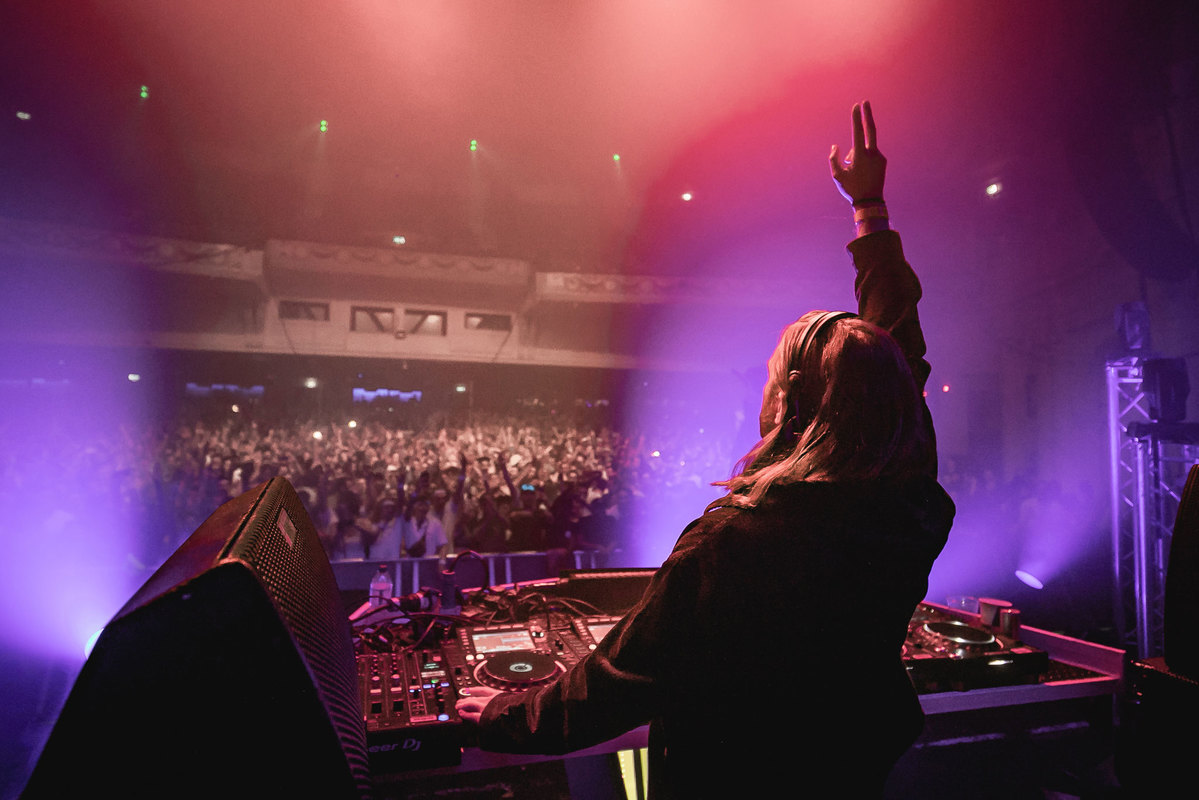 Wilkinson’s uplifting remix of his own ‘I Need’ was yet another female vocal-laden slice of gorgeous electronica, whilst the refrain of latest Sub Focus & Wilkinson release ‘Illuminate’ spread positivity throughout the crowd for another hands in the air moment.

In contrast was the swagger of ‘Siren’, heard in so many sets this summer, with its call to arms of “Imitations out to get us so we hit them with the tech”. Drum & bass is in rude health, and artists like Sub Focus push what it means to be a drum & bass DJ, producer and live artist. With a confessed love of using new technologies in his performances, it’s an exciting time for the scene, as well as epic visual delights from festivals like Let It Roll.

In addition to the great line up of DJs were great MCs, and I.D. kept the Room 1 crowd hyped. Let It Roll had also programmed artists to play in every conceivable space from the Circle Room upstairs to the Foyer downstairs, filling our ears with drum & bass at every turn. As we stepped out into the night, we wondered: When will the Portal be opened again?