Kölsch has lightbulb moment at Fire

!(feature_c)http://relayer.s3.amazonaws.com/articles/spreads/534fc8ea30578f0002000136.png!Rune Reilly Kölsch has been producing dance music since 1995, but while some may be fans of his productions as Rune, his 2013 album 1977 released under his Kölsch moniker has brought him to new levels of admiration. The 13-track LP on Kompact won Kölsch praise for his melodic electronic anthems which sparked a European tour at the end of last year. The Dane followed this up by kicking off BBC Radio 1’s Essential Mix Future Stars 2014, and was back in the UK on Thursday, April 10th for a live set at Vauxhall’s Fire.

An uplifting set filled with the electro trance of 1977.

!(feature_l)http://relayer.s3.amazonaws.com/articles/spreads/534fc92030578f0002000137.png!Kölsch was joined on the night by Electric Minds’ Dolan Bergin, The Willers Brothers and Will Taylor, however it was Kölsch the crowd wanted to see. The moment he came on there was a charge to the dancefloor, and revellers were rewarded with an uplifting set filled with the electro trance of 1977, and energetic from start to finish. His epic sound was met with many hands in the air from adoring fans while Kölsch bopped away between giant LED screens and under a pulsating, custom-made lightbulb that lit up in time with his music. This live show can only get bigger and better; given the enthusiastic reaction to Kölsch at Fire, he’ll certainly be given the opportunity. 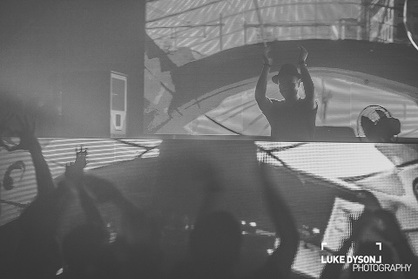