The Hydra brought their series of parties at Printworks London to a close in 2019 with a techno and electro romp on Saturday, December 21st. Robert Hood, Dave Clarke, Vitalic and DJ Bone were among the acts in the Print Halls while Levon Vincent, Skee Mask, Shed, Laurel Halo and Afrodeutsche took over the Dark Room. Mike Barnard and Ann McManus were there. 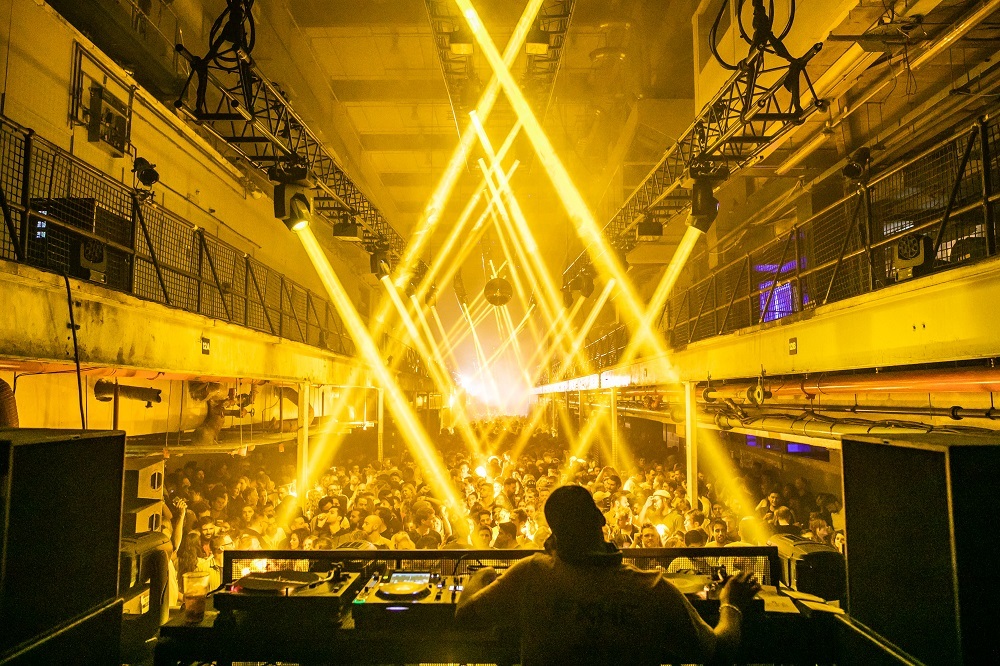 The finest show for techno fans we’ve ever seen at Printworks London.

He Said: “The Hydra’s conclusion to their 2019 series was a triumph of techno and electro in the Press Halls. For us, it all started mid-afternoon with Marcel Dettmann and DJ Stingray’s back-to-back set. Dettmann’s prowess of techno mixed with Stingray’s mastery of electro made for a varied mix, hopping between the genres. This was a first chance to see them play together, and, on this evidence, they should team up again to further explore how their tastes compliment each other.

“DJ Bone’s known for having fast hands on the decks, and he was quickly up to speed with his blend of Detroit techno. From frenetic beats ‘The Bells’ emerged for an early classic while his own edit of ‘Enjoy the SIlence’ and ‘Agitated Minds’ by Reek & Psyk got bodies pumping.

“Vitalic’s live set was very different from anything we’d heard him deliver before, harking back to his infamous V Live recording from 2007 but with an emphasis on building a textured 60 minutes of nuanced techno rather than recrating a series of his hits. The thunderous basslines were coupled with acid, meaty drops and a persistent energy that didn’t let up. ‘Second LIves’ and, towards the end of his set, ‘Lightspeed’ ensured there were some classic Vitalic tunes in the mix, however the impressive passages of music around them was what impressed most.

“Dave Clarke’s position as the Baron of Techno - as dubbed by John Peel - belies his ability to weave only the finest new electro into his sets. At Printworks he was on form, picking up from Vitalic’s driving set with a typically-energetic mix that kep the Press Halls enthralled.

“The final set went to Robert Hood who brought the show to a close with his trademark minimal stylings - making up for having to cancel a previous headline slot at Printworks. The standard of music was so good in the Press Halls that we didn’t manage to tear ourselves away to check out the Dark Room where Levon Vincent, Shed presents EQD (live), Laurel Halo, Skee Mask and Afrodeutsche had provided the music - a series line-up worthy of a main room audience of any club. This disappointment was really down to The Hydra delivering the finest show for techno fans we’ve ever seen at Printworks London with so much quality across the line-up - a real treat.” 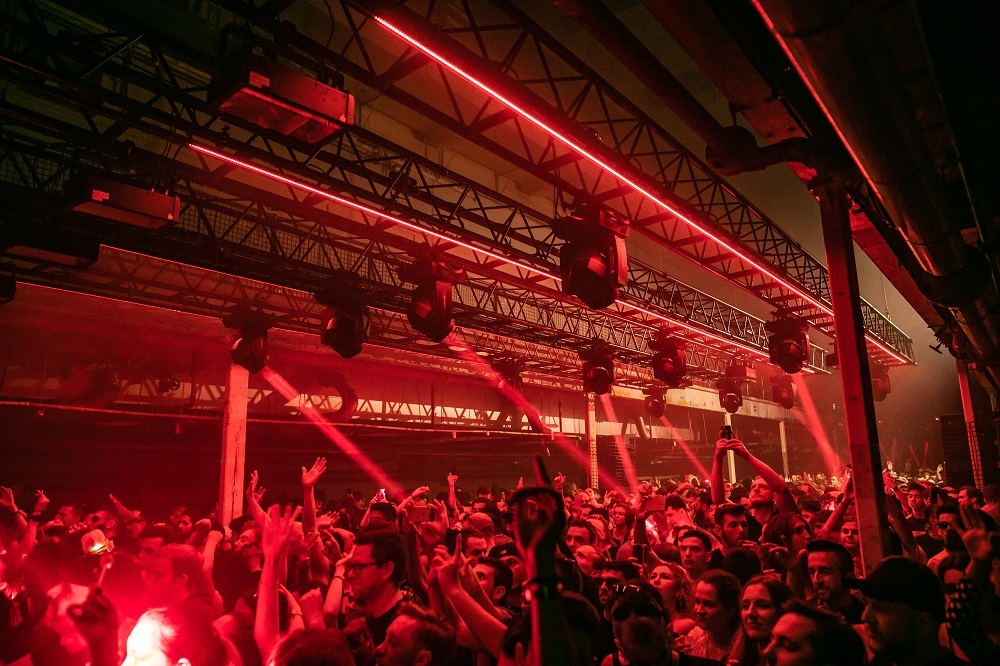 She Said: “On my way into Printworks for a second time in two days the December “screw it, it’s Christmas” adage was feeling dangerous. After a month of exams and effete corporate Christmas parties, a weekend at Printworks promised an opportunity to properly unwind. And after an evening of Printworks packed full of Solomon fans on day one (material for as many TWTMEG memes as you like!), a line-up of reliable Detroit techno would be bliss even as a day two.

“DJ Bone got the crowd warmed up straight into sprint opening his set with Detroit’s Filthiest’s ‘Shake & Bounce’ (Dirty Version). The speed of the track was enunciated by the visual of a running figure displayed behind the decks, running at a slightly slower pace than the track’s BPM. DJ Bone did not at any point pace the crowd, playing a punchy yet stripped back sound that was a consistent backbone to his set, even when he featured Drake’s ‘Nice For What’ mixed with Rank 1’s ‘Airwave’. No event run by The Hydra would be complete without at least one sampling of the biggest track of the genre, Jeff Mills’ ‘The Bells’, with its warped loops.

“Vitalic followed, sampling some hard house and enjoying playing to his harder DJ persona which Printworks complimented with yellow lasers on a blue background and circular visuals flashing behind the decks, reminiscent of the early rave scene.

“The baron of techno, Dave Clarke, instantly installed a darker tone. His set provided airtime to Glasgow record label, Slam with Damon Wild’s ‘Rotary’ (Slam Live Edit) setting the scene for a 90-minute dose of thumping techno. As a bit of unsaid but obvious for those in-the-know self-promotion for his White Noise podcast, Clarke’s last track fizzled out to the sound of static white noise.

“My favourite set of the evening was by far Robert Hood, definitely playing to his techno fanbase as opposed to his funkier Floorplan side. While his track selection was familiar, so many of his versions were special editions that I couldn’t quite pick out. While we all love to be able to mouth the beats, no matter how annoying it is for those around us, there is something nice about being taken by surprise by a beat drop that isn’t what you expected. Hood’s set had a lot of this, encouraging us to stick to dancing and leaving the beat forecasting to the man behind the decks. It was an incredibly skilful final set that left the crowded hall feel extremely still and dead when it stopped, as though someone had cut the electricity.

“Whether the lift in energy at the end spurred rash “screw it, it’s Christmas” decisions to chase the night or acted as the perfect summary of a high energy day, the last ones standing left satisfied with their decision to push through to the end being the right one.” 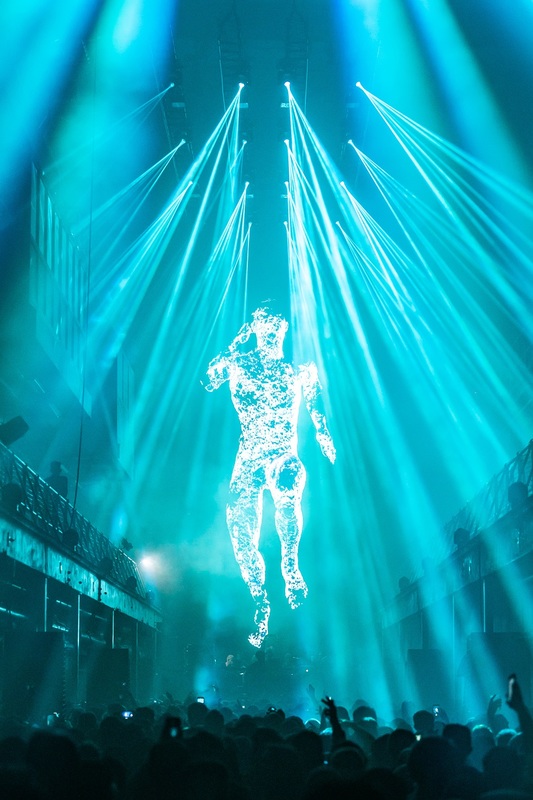 She Said by Ann McManus. Images by Jake Davis (@HungryVisuals).