The London rave double (severed) header Drumcode Halloween returned on Saturday, October 28th as Adam Beyer’s label took over two club spaces for 18 hours of techno. First up LWE welcomed Beyer and guests including Pan Pot, Anja Schneider, Monica Kruze and more across three rooms of Tobacco Docks for their now-traditional daytime party, then the action moved across the road to The Hydra at Studio Spaces with Beyer joined by guests playing a second set including Stacey Pullen, Marcel Fengler, Sam Paganini and Beyer. Mike Barnard and Ann McManus donned ninja fancy dress to dance in the spooky techno shadows. 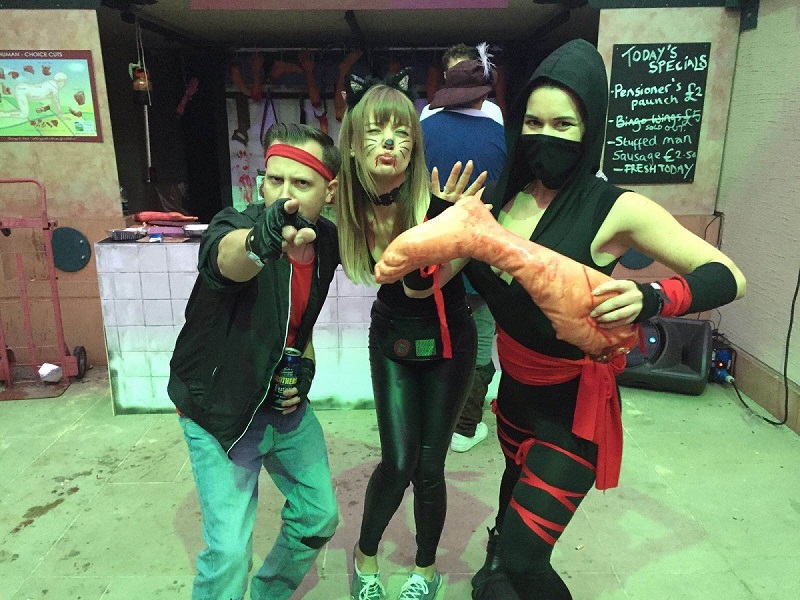 I realised she was in one of the most accurate Chung-Li outfits I’d ever seen.

He Said: “Techno fans who want to party by day in Halloween fancy dress continue to be treated to Drumcode’s takeover of Tobacco Dock when Adam Beyer’s annual label showcase plus guest get control of its three rooms. Production is crucial for the spookiest night of the year, and on entering the sight of caged humans with ‘Do not feed’ signs gave an initial indication of some interesting installations. We came across a pig-headed butcher and some severed limbs at another stairwell - taking the opportunity to get some snaps in fancy dress with a bloody prop and a feline friend - then took to the Great Gallery where Sam Paganini was flying the Drumcode flag with atmospheric beats. 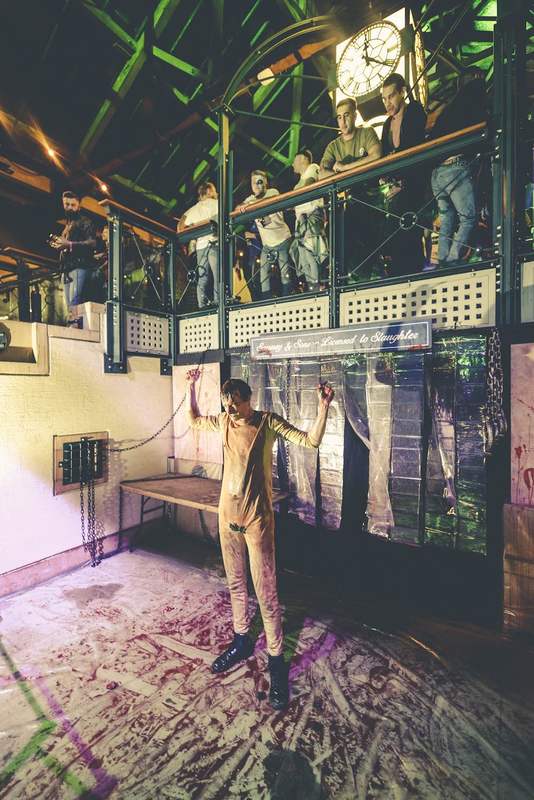 “Light-up masks, zombies and slasher horror victims made up the bulk of the crowd with unzipped faces being a real trend for those willing to put the effort in. Mobilee-signed Pan-Pot’s appearance on the main stage was a welcome follow up to their blistering set at Junction 2 ahead of Adam Beyer, but we felt the need to explore so headed into the dark reaches of the car park for the closing of Dense & Pika’s set ahead of Nicole Moudaber. With Nicole running late we soaked up the ghoulish harder tech of Dense & Pika, then caught the end of Anna Schneider into Stacey Pullen’s set in the Little Gallery that was the fullest I’ve ever seen it with little space to move beyond some stabbing actions left and right as the deep bass pulsated through the room. In the bar next door the staff had embraced the Halloween fancy dress while the smoking areas were full of increasingly freaky looking ravers to mingle with, cooling off thanks to the gaps in the roof. 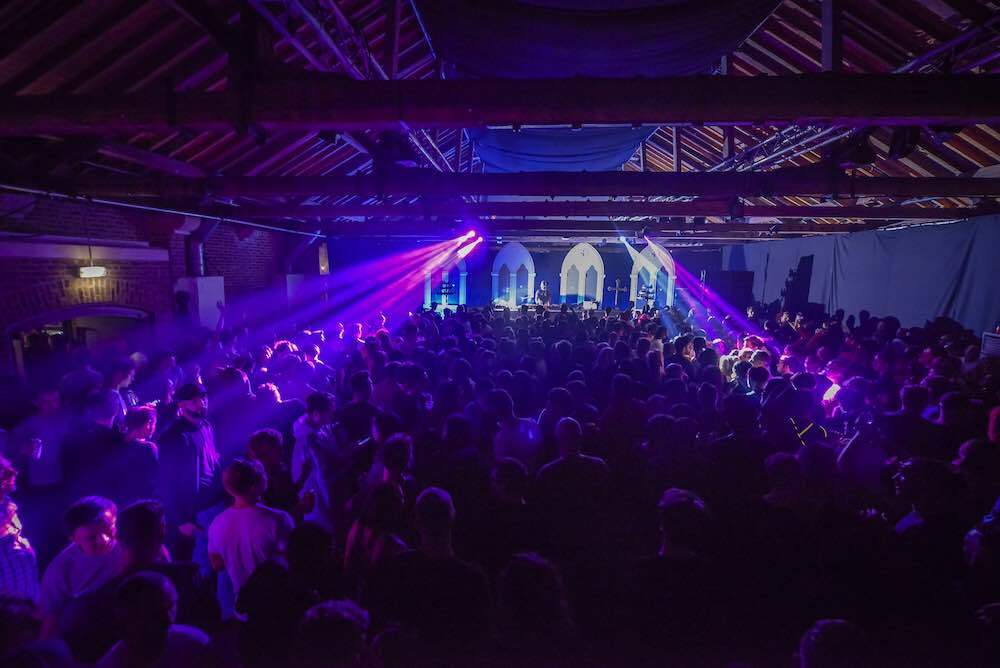 “We ventured to front centre for Beyer’s headline set in the Great Gallery. The Drumcode boss set a dark, brooding mood with big room rounds, however we found ourselves down in the car park for the finale as Alan Fitzpatrick took us through to 11pm with a more aggressive tune selection and capping it all off with his own tune ‘We Do What We Want’ and singing along joyfully behind the decks. It was during this stint we’d meet the most amusing characters including a girl who thought I was dressed as Ken from Street Fighter. After a sigh and an explanation of who kitsch 80s short movie character Kung Fury is, I realised she was in one of the most accurate Chung-Li outfits I’d ever seen - props to her - yet sadly no time for an elaborately staged battle though as it was time to hit the after party. 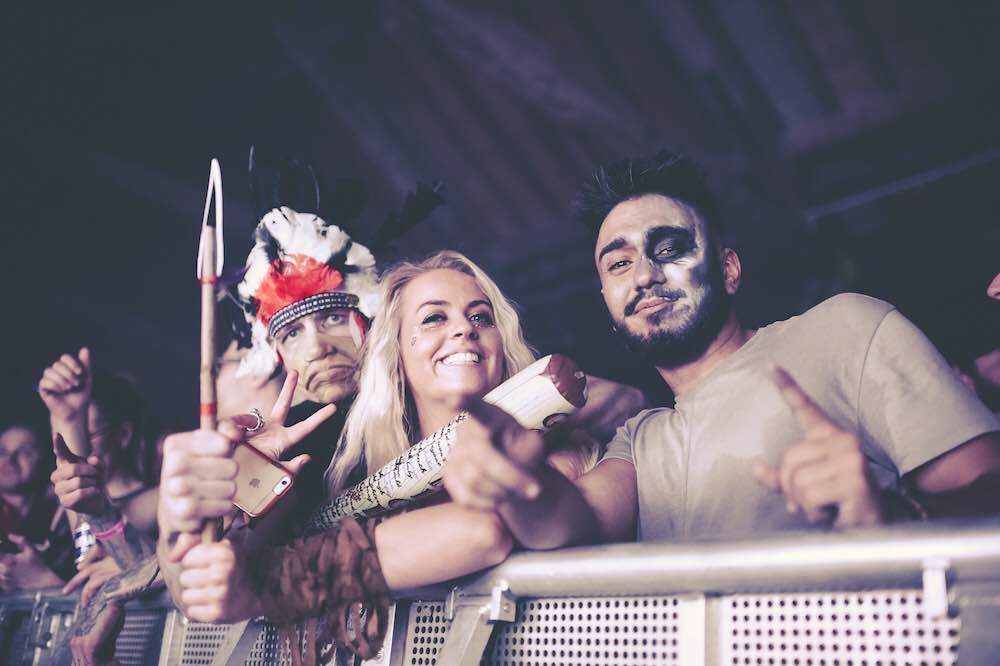 “Rolling across the road from Tobacco Dock to Studio Spaces where The Hydra was welcoming an undead army of techno ravers via a corner shop was easy - at 11.30pm it was the ‘normal’ time to be rocking up to the club. Inside, the Julia Guver was in the Black Studio while Kevin Over warmed up the Warehouse. We re-acquainted ourselves with new friends found earlier in the day, and took stock of the situation. 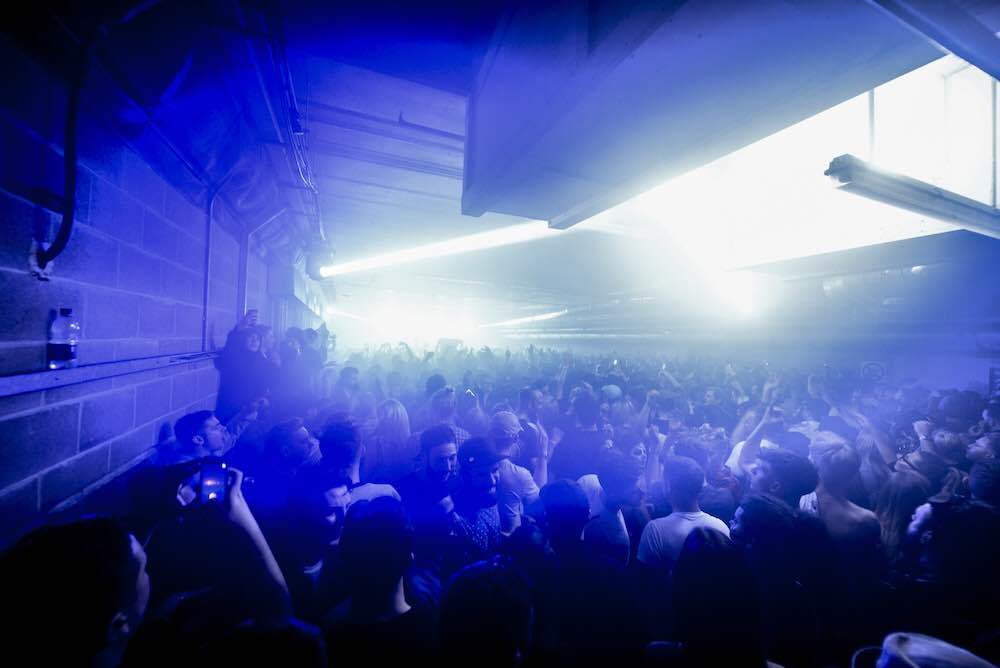 “The situation turned out to be a battle of attrition. With the clocks turning back, 3am still felt like 4am and after seeing through sets from Stacey Pullen, Marcel Fengler and Adam Beyer for the second time in less than 12 hours, we bowed out into the night. The sound of Halloween in Wapping remains steadfastly that of Drumcode, with the Tobacco Dock centrepiece a glorious macabre celebration.” 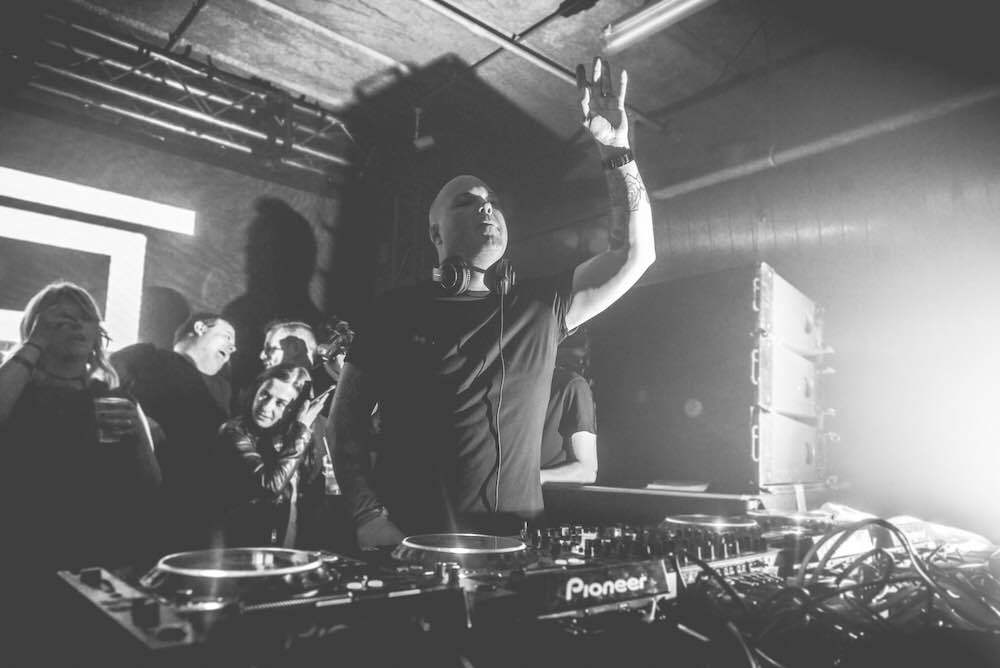 Drumcode flags waving and revellers persisting with costumes and masks despite the temperature that had built up.

She Said: “Falling right in the midst of a clubbing void in the UK, with festival season long gone and it still too early to get excited about Christmas, Halloween is perfectly situated for a massive blowout. The ‘special relationship’ has helped the UK endorse the outrageously OTT celebration of a day which has limited significance anywhere else. Ideal for DJs, with such heavy demand from British youth for a big night, why go anywhere else? 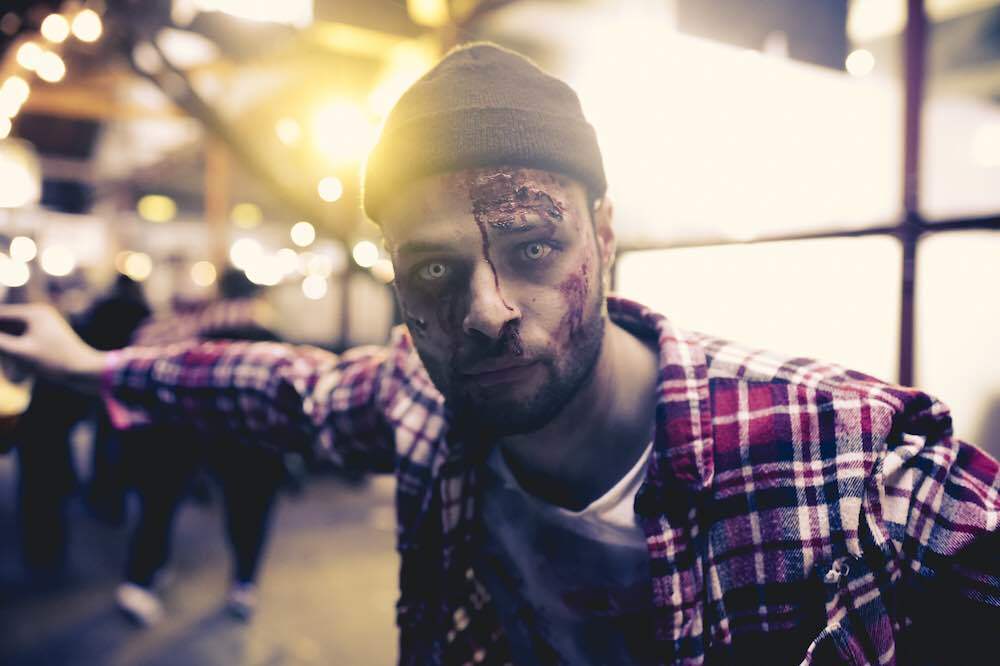 “Despite the increasingly wide selection of tempting line-ups, for me, there is nowhere better to go than the Drumcode Halloween party. Having amassed a huge following, Drumcode Halloween has grown from an underground techno night in a dishevelled east London club to a grand ceremony in the 5,000 capacity Tobacco Dock, selling out in weeks. There is a palpable improvement to each party, with more and more crazy ideas being poured in and the result mind-blowing every time. 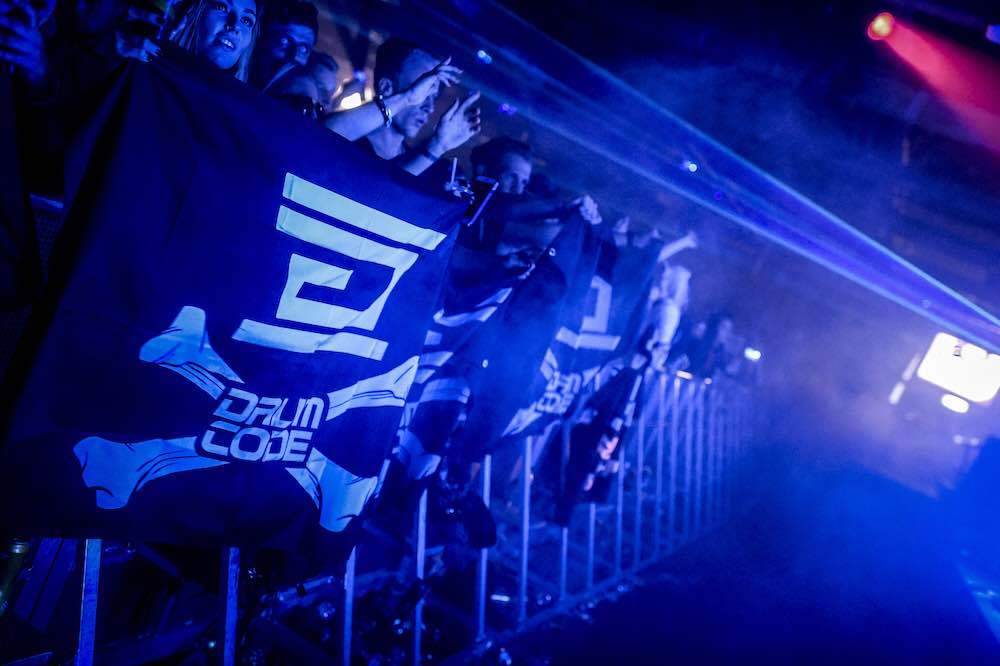 “The central stairway through which everyone passes when moving between the 3 stages, is always elaborately decorated and set up with actors running a ghastly business. This year saw ‘Sawney & Sons – Butchers of Distinction’ carving up human body parts and throwing them or attempting to sell them to passers-by. Arriving late, I went ‘straight in’ to one of Drumcode’s current hottest names spinning in the Great Gallery. Sam Paganini was just finishing off a thundering set, with a rapturous (and sizable) entourage looking on adoringly as Sam waved the crowd goodbye and Pan Pot took control. Pan Pot started off on a much heavier note. This was unexpected. Sam’s set featured a solid dark bassline, but Pan Pot brought the room to new depths giving airtime to tracks from their gripping new EP Solace. Their own remix of Nicole Moudaber & Skin - ‘These Walls are Made of Water’ set a frenzy. 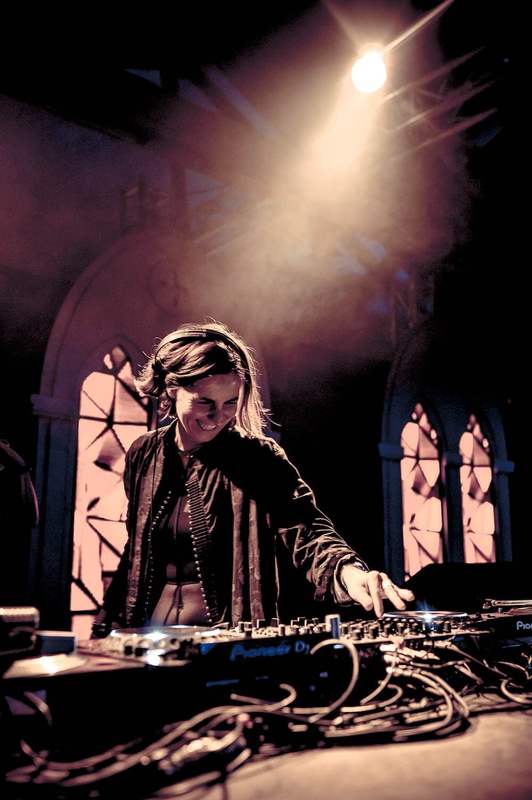 “After briefly checking out Anja Schneider playing a lively set in the Little Gallery, we descended to the underground Car Park where Dense & Pika were letting rip. As expected, the space was densely packed, but once you pressed your way through the crowd to the front of the stage, there was a bit more space to throw shapes. The pace was picking up, and I wondered why Dense & Pika weren’t winding up. I had arrived early to see Nicole Moudaber taking stage – which is always an occasion. 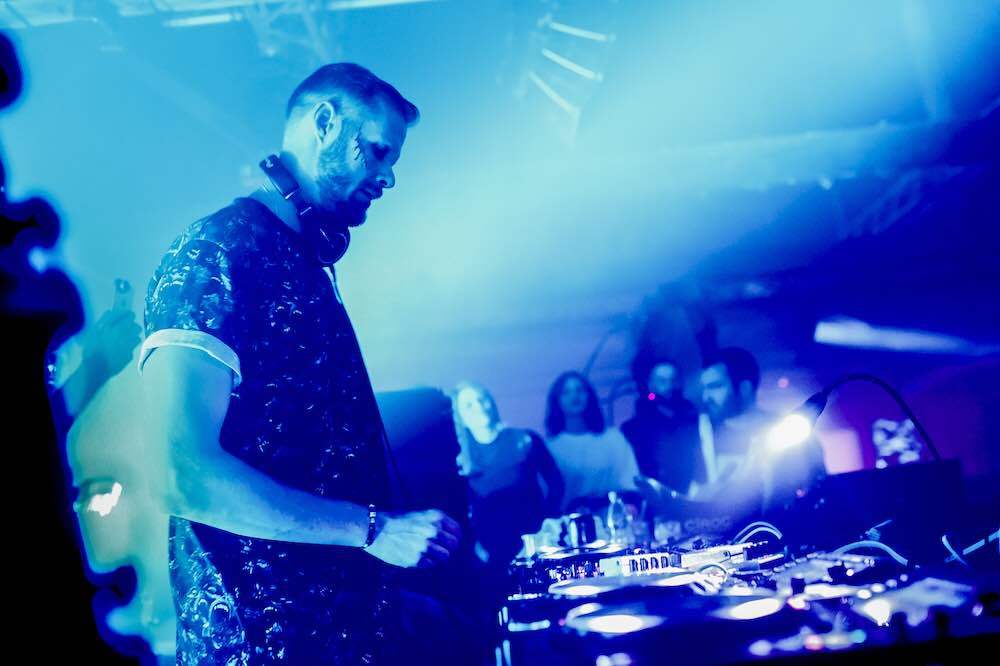 “After an hour’s build up to her taking the decks(/arriving an hour late) Nicole lit up the car park with her enigmatic presence. While appearing radiant and upbeat, she delivered a thudding set that interjected some severe tones between a more bouncy, energetic sound. Alan Fitzpatrick followed on perfectly, carrying on the full throttle, energetic techno. Drumcode classics like ‘Terra Firma’ and tunes from Alan’s new label, ‘We Do What We Want’ built a special atmosphere in the dark room, locking up the Car Park a terrific high. Meanwhile, in the Great Gallery, the pièce de résistance came courtesy of label boss Adam Beyer. The room packed out, with Drumcode flags waving and revellers persisting with costumes and masks despite the temperature that had built up. Adam played a variable set that kept the crowd moving, the star forever switched on to what tunes and sounds were getting the best reactions and keeping the sounds fresh. 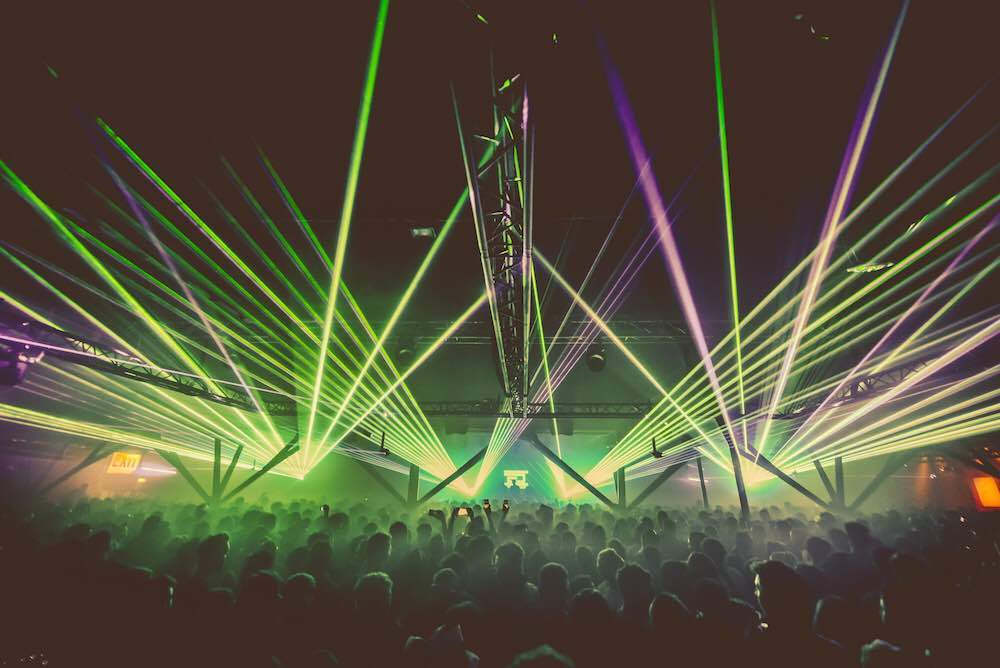 “Heading out to avoid the crowds we headed over to Studio Spaces for The Hydra Afterparty, which was already fairly packed out, Stacey Pullen warmed the Warehouse up, and while the set was vibrant, I needed something a bit punchier to get me over the venue transition. 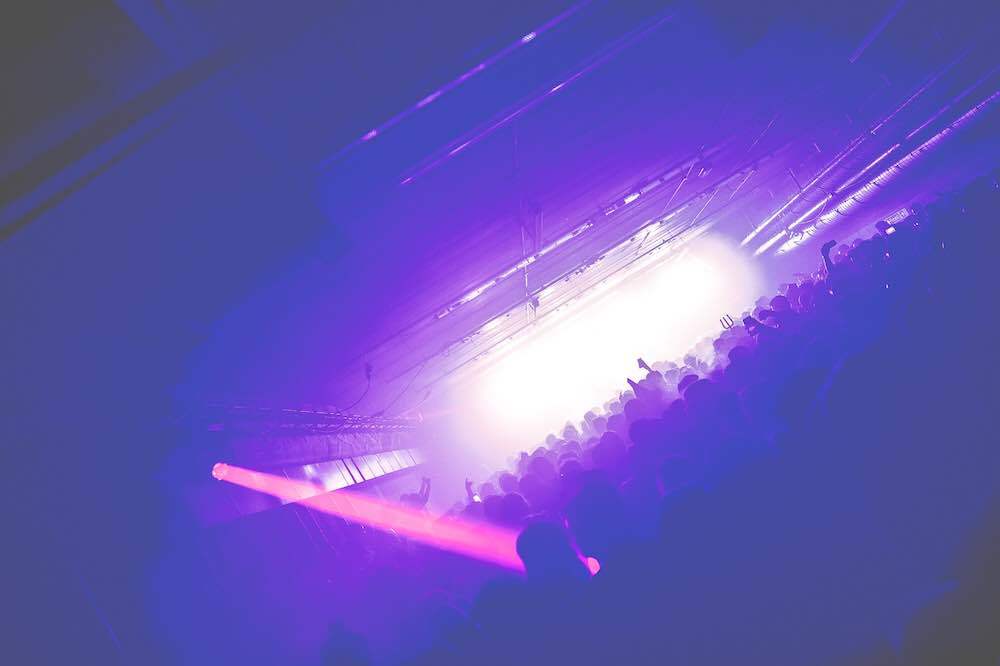 “Adam Beyer and Marcel Fengler provided just this. Adam played a set slightly more minimal but just as dynamic as his Tobacco Docks set. Marcel Fengler played a set that played homage to his Berghain heritage: delicate synth transitions skilfully positioned over over a relentless pounding beat. Fengler’s set was apart from anything else we had heard that day. It made me think that, as much as I love Drumcode, the day in Tobacco Docks could have been improved by a guest label hosting one of the rooms – or adding a new room. At Junction 2 this had worked so brilliantly to demonstrate the diversity of techno as a genre. While each artist was unique, and it was still by far, one of the best events musically this year, I wonder if Drumcode Halloween could further surpass itself…” 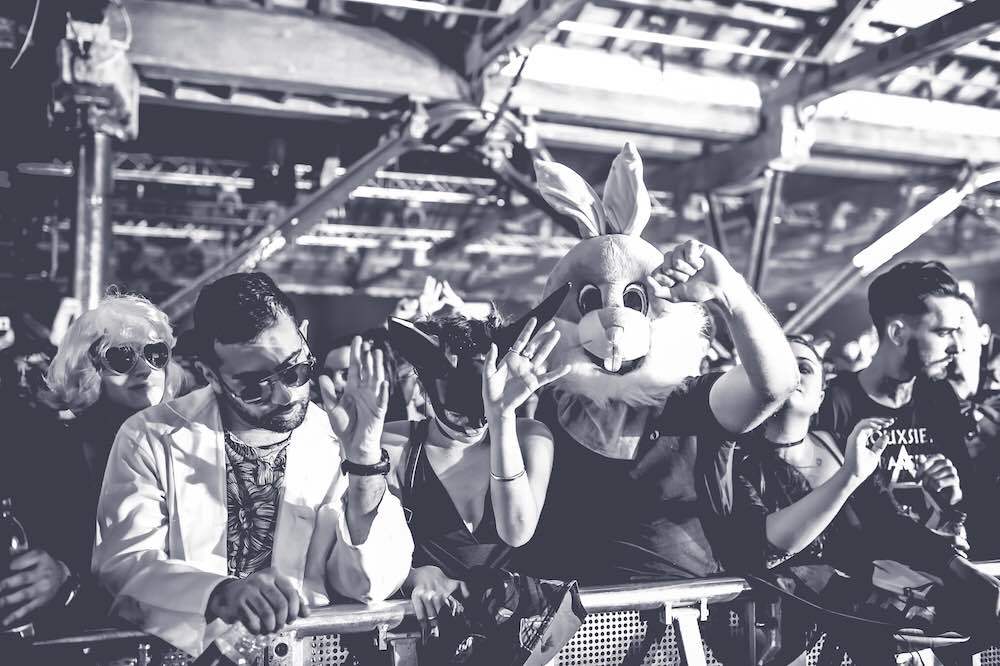 She Said by Ann McManus. All images except for thumbnail and top image by www.visionseven.co.uk.