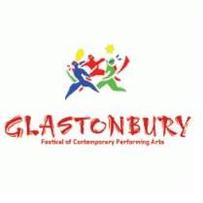 Trying to make sense of the Glastonbury line-up this year? Good luck!

Glastonbury is a vast festival of more than 100 stages with 1,000s of performances. Just walking across the site will take hours, especially given all the distractions along the way, so making sense of what to see and do will often result in last minute panic as you realise your favourite band is playing in a tiny tent miles away or some kind of drunken stupor has lead you to sleep through the Saturday night headliner of choice.

To your rescue is a few zap! bang! Magazine picks for each day, based on the full line-up handily posted on the official Glastonbury website. It’s a bit dance-orientated, admittedly, so excuse my taste if you delve in.

As Wednesday is now the arrival day for so many Glastonbury-goers, Thursday is almost like the unofficial first day of the festival, with only the main stages staying quiet until the Friday. This means more a list acts popping up across the site, though often the bands will be secret and the DJs will be playing sets later in the weekend. Black Butter Records , home of Gorgon City, Rudimental and Clean Bandit, are hosting a two hour session early doors (14:00 – 16:00 Black Butter Sound System With Special Guests, Stonebridge Bar) which could feature anyone from their roster – they are pretty much all present this year – while those looking for a bit of fun as well as a dance should check out the Musical Bingo (17:00 – 20:00, William’s Green).

Shangri-la’s Salon Carousel in the Unfairground was home to some of the most crazy music last year, catch Mattycore (19:00 – 20:00) or Ed Cox collaborator Stivs (22:00 – 23:00) there if you dare. Marathon sessions in the Silver Hayes dance field on Thursday come from James Murphy and 2manydjs getting their custom-made soundsystem warmed up (20:00 – 02:00, Despacio) while Circoloco have compiled a line-up including Clive Henry, Matthias Tanzmann and Tale of Us (20:00 – 03:00, The Blues). Perhaps catch the hypnotic house and techno of James Monro (21:00, Glade) ahead of the reliable Sasha (22:00, Glade) or join David Morales for a tribute to house originator Frankie Knuckles who sadly passed away earlier this year (21:00, NYC Downlow).

If cheese is more you thing, don’t miss Guilty Pleasures with pop throughout the years and a set from The Ol’ Dirty Brasstards who use their drum and brass band to cover some of the most famous artists. Other recommendations for late night fun are the acid house of Justin Robertson and The 2 Bears in the Stonebridge Bar (23:00 and 01:00 respectively), party-starter twins The Menendez Brothers (22:00, The Liquid Bar), chart-topper Route 94 (01:30, Wow!) and the first of many Seth Troxler sets over the weekend (01:00, The Beat Hotel).

Start Friday with Radiohead’s Jonny Greenwood and the London Sinfonietta (11:10, West Holts Stage) where you’ll be treated to a performance of Steve Reich’s Music for 18 Musicians_ plus Jonny Greenwood playing Electric Counterpoint for solo guitar, or perhaps go for the unknown on The Other Stage where a secret guest will kick off the stage at 11:30. Last year Beady Eye played the slot, but there are no solid rumours so far this year – stay locked to www.twitter.com/glastofest for clues. If you’d prefer to know what to expect from your opening day set, catch the 13-piece Japanese punk orchestra Turtle Island on the Pyramid Stage (11:30).

The classics begin at 12.15 on the Other Stage when pop stalwarts Blondie roll out the hits, though hipsters might prefer shoegazers War on Drugs (12.30, Pyramid Stage). Stick around the Pyramid if you like your guitar music as Rodrigo Y Gabriela strum their strings like no one else. Chart success has brought Black Butter’s Gorgon City into the mainstream but their house remains rooted in the underground – hear them at the Silver Hayes dance area’s innovative main stage Sonic which has outdoor and tented sections; party in the throng of the action or in the open air watching the action on a big screen.

If the sun is out – a very big if looking at the forecast ahead – you might prefer some dub and reggae Friday afternoon. Mad Professor featuring General Levy and Joe Ariwa should do the trick (15:45, Glade), the professor is famed for his dubplates. Your first chance to see Arcadia’s opening show at it’s relocated field to the north of the Park area is at 16:00. The Mechanical Playground Comes To Life will no doubt have flames and performers on their spider structure. There’s a glut of rival options late afternoon, depending on your mood: the indie rock of Haim (16:25, Other Stage), the live drum and bass of Rudimental (16:45, Pyramid Stage), the electro of Turbo Recordings head honcho Tiga (16:45, Sonic), the uplifting Crystal Fighters (17:00, John Peel Stage) or more reggae from the long-running Dreadzone (17:00, Glade).

For more house, Eats Everything is a reliable spinner (18:15, Sonic), or go hear the rejuvenated Glasto-favourite Lily Allen on her return to the festival (18:30, Pyramid). James Murphy and 2manydjs kick off another seven hour mixathon at 19:00 (Despacio). If you want to stay on trend check out Tune-Yards (19:00, West Holts) or Chvrches (19:45, John Peel). More underground house comes from Maya Jane Coles (19:45, Sonic) if you hunger the 4/4. Sophie Ellis-Bextor is perhaps a surprise booking, though she has plenty of famous songs from the last 15 years to attract a diverse audience (20:15, Avalon). Hip hop legends Jurassic 5 bring their show to West Holts (20:30) and there’s rejuvenated garage mix maestro DJ EZ at Arcadia (21:00). For more experimental styles go to Four Tet for electronica (21:30, Park) or Tinariwen (21:30, Acoustic Tent).

At 22:00 you’re hitting headline set-time on the main stages and it can be hard to get a good spot once the sets start, so think ahead whether Arcade Fire (22:00, Pyramid) are a must-see for you. Alternatives might include MIA (22:15, West Holts), Metronomy (23:00, The Park), Richie Hawtin (23:00, Sonic), Jamie xx (23:00, Wow!) or the more leftfield Maxi Priest (23:00, Gully Outer-National). In Silver Hayes the late night sets include Ibiza favourite DJ Antz (00:30, Glade) and Berghain’s Ben Klock b2b Marcel Dettmann (00:30, Wow!). For some drum and bass head to Arcadia for Friction (00:45) or perhaps check in to the electronica of Four Tet b2b Joe Goddard at The Beat Hotel (01:00). At the Lbhq – Million Bullet Club you can catch Black Butter acts all night such as My Nu Leng , Gorgon City and special guests.

You might prefer to get in among the action in the popular south east night area Shangri-la, just be sure to approach from the correct entry points as people traffic becomes managed by a one-way system of sorts. There you’ll find highlights such as Aphex Twin under his DJ AFX guise in The Temple (03:00), an amphitheatre-style venue which is an impressive sight inside and out. Space is limited so get there early as sets from A Guy Called Gerald and Graham Massy of 808 State as Rebuild (04:00) then Jerome Hill (05:00) follow. The Block 9 area is home to some of the most cutting edge club sounds, sets to see on Friday include Lil Louis (01:00, Genosys), Seth Troxler (01:30, NYC Downlow), Tiga (03:00, Genosys) and Danny Krivit (03:00 NYC Downlow). The NYC Downlow had a line all night last year so be early if you’re keen to see Troxler or Krivit; the Genosys is open air so often the perfect place to dance the night away unimpeded by space or queues.

If you’re still up from Friday, or feel the need to get dancing to shake the hangover, the perfect start to the day might be a 12noon DJ set from Four Tet at the Stonebridge Bar. It would certainly set you up nicely for popster-turned-dance-diva Kelis on the Pyramid stage (14:30). The highly-rated LA indie rock band Warpaint offer a band alternative (15:00, Other Stage) and there’s another chance to see DJ Antz at Sonic in the afternoon (16:15). For funk and soul, Craig Charles is your man (17:00, Arcadia) followed by Good Times Sound System leader Norman Jay (18:30), or perhaps chart-toppers Clean Bandit (18:15, John Peel) who have been rightly praised for their fusion of electronic music with classical elements.

James Murphy and 2manydjs start their final Despacio session at 19:00, shortly after Swedish band Little Dragon showcase their take on Janet Jackson slow jams heard on their latest album Nabuma Rubberband (19:45, John Peel). Goldfrapp have steered clear of dance music since their electro phase, Tales of Us continued their progression back to the feel of debut Felt Mountain and will be interesting set to see in the early evening (20:30, West Holts). For some rhymes and word play see Dan Le Sac Vs Scroobius Pip (21:00, Left Field) or for more funky electro vibes Chromeo will be on hand with their catchy lyrics (21:15, John Peel).

Headliner sets this year at Glastonbury don’t come any bigger than Metallica bringing heavy metal to the Pyramid Stage (21:45) in a two-hour set. The most interesting alternative comes in the form of Roxy Music’s Bryan Ferry (21:15, West Holts) while MGMT could be the surprise package (22:45, John Peel), Jon Hopkins offers live revered electronica (22:25, Glade) and there’s post rock from Mogwai (23:00, The Park). Dance fiends might prefer Jackmaster (22:45, Arcadia) or Jamie Jones & Seth Troxler (23:00, Wow!). After the main stages close, Arcadia has DJ sets from Disclosure and Seth Troxler ; Peeping Tom plays live at the Heds Party in Sonic.

Energy levels are not normally a strong point for Glastonbury-goers by Sunday, especially after the sizable sets of Saturday night, yet there is always a strong contingent out early doors. Those who are still on the up might opt for London clubnight Kubicle’s After Party with special guests (11:00, Lbhq – Million Bullet Club) or there is the annual set from comic wordplay mash-up king Cassetteboy supported by DJ Rubbish (12:35, Glade). Further dance music picks of the afternoon include Aus Music With Will Saul, Midland, Bicep, Dusky (13:00, Wow!).

If you’d perfer band action, try Cornwall’s world music-influenced acoustic outfit 3 Daft Monkeys and see how many genres they tick off (Celtic, Balkan, Romani, Latino all likely from 13:50 at Avalon Stage). Avoid the crowds with off-beat choice Public Service Broadcasting who take samples from old public information films, archive footage and propaganda material, attempting to ‘teach the lessons of the past through the music of the future’ or join the afternoon frenzy to see Dolly Parton (16:20, Pyramid) doing her nine to five. Inkeeping with the veteran acts on the Sunday afternoon, acid house producer Adamski (17:00, Heaven), Yoko Ono Plastic Ono Band (18:00, The Park Stage) and David Rodigan MBE (19:45, Arcadia) continue to do what they do best.

Phew. If you’re heading to Glasto this year, good luck with the weather and enjoy!