A new main stage and later music licence meant there were changes afoot at Farr Festival this year. The shipping container main stage - The Factory - was an eye-catching expansion for the boutique festival, meanwhile the woods offered the usual mix of house, techno and disco in an idyllic, leafy setting. Mike Barnard was there to take in the action as Booka Shade, Mr G, Young Marco, Craig Richards and Omar-S took to the stages.

Farr remains a lovable festival with its quirky, intimate setting and vibrant crowd.

The most publicised addition to Farr Festival this year was the 2,500-capacity main stage dubbed “The Factory”. Built out of shipping containers, the rectangular structure engulfed Farr-goers as they entered the industrial setting which sat in the main festival field space, away from its famous woodland area. Looking a lot like it had been parachuted in from an Eastern European techno powerhouse event, The Factory would house many of the acts who would attract the biggest crowds such as Kornal Kovacs and Moxie on the Thursday night, Booka Shade and Red Axes on Friday, then Todd Terje and Submotion Orchestra on Saturday. 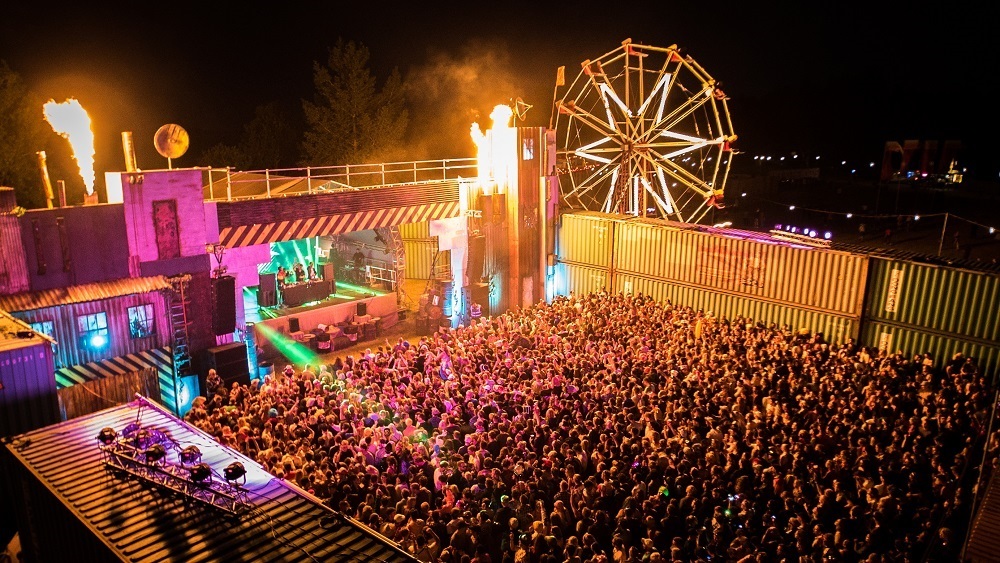 Our main stint at The Factory would come just after pitching our tent on Friday evening. We’d walked from the car park to the campsite admiring its formidable outer rim, lit up as the star attraction in the arena. We were already keen to check it out, and when we were rushing up the side of the sugar beet field to the soundtrack of ‘In White Rooms’ excitement was building further. Held up by a bag search queue meant we’d arrive just in time for the final medley of hits such as ‘Body Language’ and ‘Night Falls’, a big beaty breakdown plus encore ‘Mandarine Girl’. The duo were on fine form and, as ever, looked genuinely bowled over by an enthusiastic response from the crowd.

While Booka Shade helped us get straight into the swing of things, we also took in The Factory’s addition to Farr. With flames bellowing out of exhaust pipes above the stage and the effect of being in an enclosed space with the shipping containers towering over you, there was a unique energy about the space when full. The low-slung vibes of Red Axes and cosmic disco of Todd Terje (spurred on by the anticipation for fan favourite ‘Inspector Norse’) resonated well with a packed audience at The Factory, though there were times when this main stage struggled to reach critical mass - particularly for the daytime sets - to work effectively. It’s the kind of festival space that comes alive for headliners, and, as a statement of intent from the Farr organisers that they can expand on their cute, boutique gathering in the woods, it was a first step towards an expansion that needs to be better linked to the tried-and-test elements that make Farr so endearing. 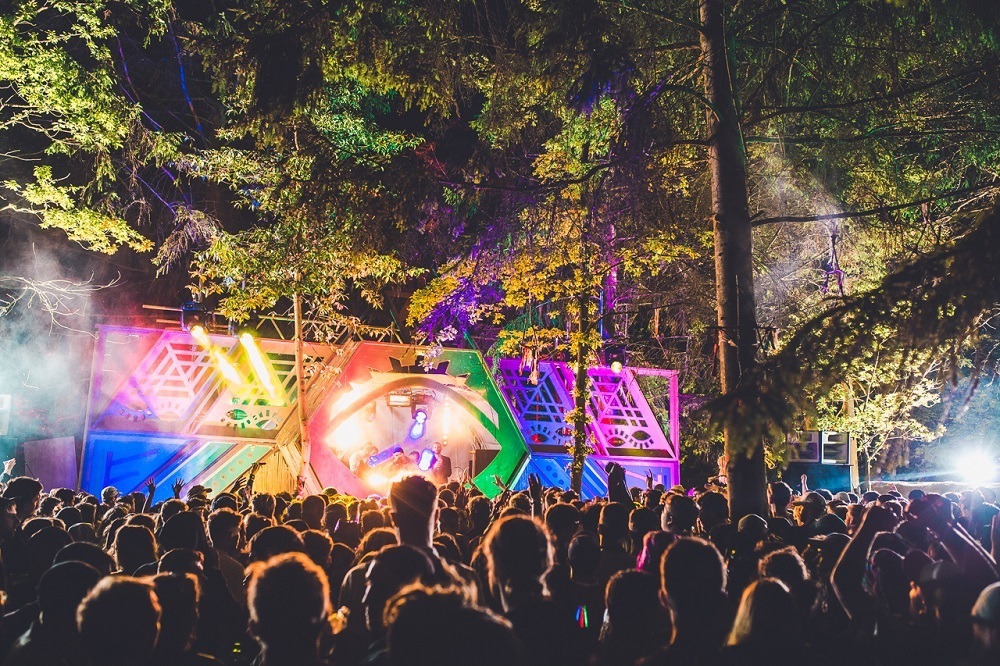 The most crucial of those elements is the woods, now home to three of the main stages. Returning for its second year was the Hidden Palace, tucked away in a corner of Bygrave Woods that came alive for us on the Saturday early evening when techno don Omar-S played a thrilling three-hour set. Taking in his own productions such as ‘Strider’s World’ and ‘S.E.X.’ (always a winner) alongside classics such as Gwen McCrae’s ‘Keep The Fire Burning’ and Steve ‘Silk’ Hurley’s ‘Jack Your Body’, the Palace kept on pumping as Omar-S effortlessly blended the beats. The live techno of Mr G and funk-filled two hours of Detroit Swindle also brought out the best at this rave hideaway. 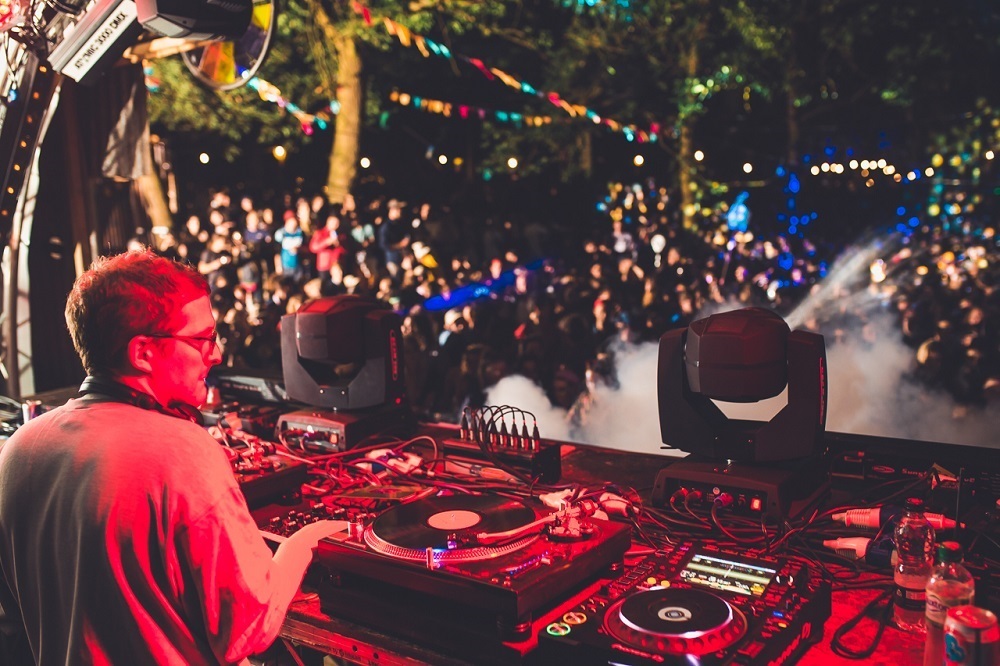 Up until this year, The Shack had always been the biggest stage, but despite dropping down in billing, it still hosted major performances. Favourites for us were a groovy house mix from fabric resident Craig Richards and the always-inventive DJ Tennis displaying his genre dexterity as part of the Abandon Silence takeover on Friday. On Saturday, Aaron L’s afternoon set (helped along by some guests behind the decks) featured ‘One Love’ by DJ Vas and the DJ Tennis remix of Simple Symmetry’s ‘Voodoo Your Ex’ for a strong disco tonic to get us back on the dancing tip for the day. That night, London-based promoters The Hydra took over with Willow, Floating Points and Mano Le Tough playing extended sets offering some of the deepest 4/4 sets of the weekend.

Meanwhile, for us, Adventures in Success was at its strongest on Saturday thanks to the annual Ran$om Note takeover. Alas, we missed their regular ‘Gone to a Rave’ special at 12noon of hardcore classics, but we made it for Bawrut’s acid-tinged house thanks to a Moscow Mule cocktail from the nearby stand that had been roused at 10am when some eager Bloody Mary fans had managed to sneak on site. So keen were they to get their fix of spicy tomato juice, vodka and celery that they accepted their drinks without ice before being ejected by security. The story brightened out day. Moscoman, Ivan Smagghe and Young Marco saw out the Ran$om Note stage in the early hours of Sunday morning with poise and premium selections, though Young Marco’s choice of seasonal closing tracks - namely, ‘Last Christmas’ and ‘Simply Having a Wonderful Christmas Time’ - were met with equal cheers and bewilderment. Maybe some Take That next year? 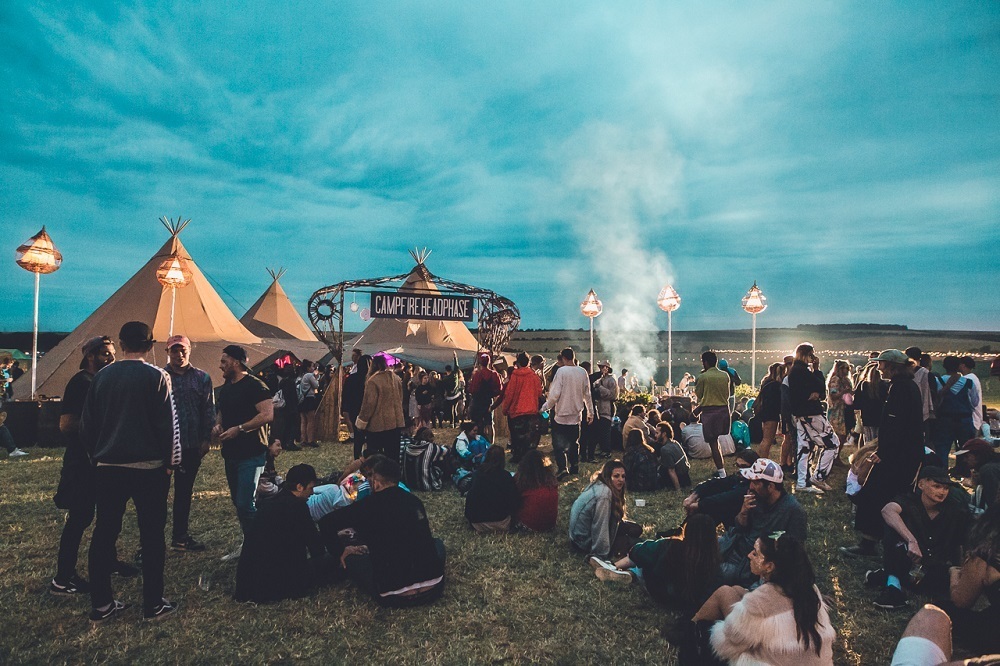 The woods remains the most captivating element of Farr Festival and it’s what keeps many coming back. This year there were hammocks tucked behind the Shack around a bar outpost which made for a cute place to hang out when darkness fell. Away from the woods, there was a charming new area too: the Campfire Headphase ambient tent named after the Boards of Canada album. Open until 6am, it proved a popular stop-off as the woods emptied out - particularly when Sad City dropped Future Sound of London’s ‘Papua New Guinea’. Over the course of the weekend we’d often walk past admiring the dulcet tones coming from the area, though the one set we didn’t want to miss was Huerco S debuting the live set of his new album. Perhaps 2.30am wasn’t the best time for this, however the blissed out soundscapes gave us the mental and physical recharge needed to go through to the end.

Admittedly we didn’t spend anywhere near long enough in the Brilliant Corners yurt with an exotic interior and a choice roll call of selectors such as Cedric Woo, Brian Not Brian, Aneesh and Belle Bette, however you have your regrets at every festival. It’s down as one to indulge in next year if possible, and here’s hoping there’s further tweaks from Farr too. Despite the later music licence, sound levels continue to suffer after midnight when a noticeable dip in volume zaps the energy from the sets, and The Factory would benefit from feeling more integrated with the woodland surroundings. Even so, Farr remains a lovable festival with its quirky, intimate setting and vibrant crowd. 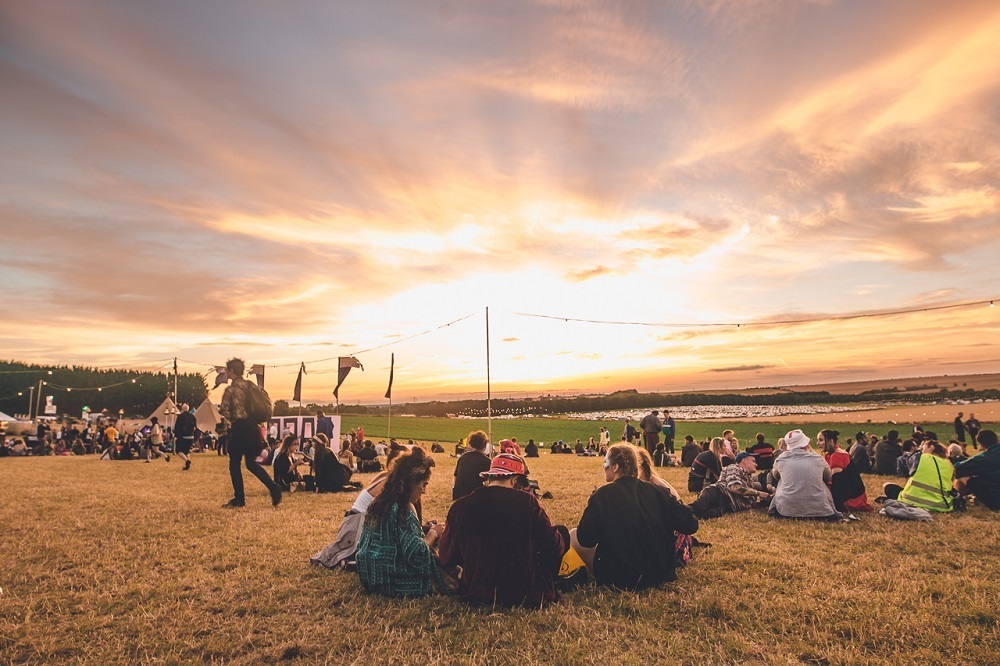