Boutique dance festival Farr braved an electrical storm and the threat of heavy showers to blossom into a sun-seekers dream in its fifth year of fun in Bygrave Woods with an expanded three nights of music. From Thursday, July 17th to Saturday, July 19th house music took centre stage with drum & bass, reggae and bands providing the soundtrack to a growing Hertfordshire festival in a unique setting we hope it never leaves.

Sadly work commitments meant we had to pass on the activities for the early arrivals on Thursday who got to bask in the sunshine and enjoy music from Stamp the Wax opening the Flying Circus stage along with the first games of ping pong before the table was broken by someone sitting on it. Work also delayed our arrival until Friday evening, greeted as we were by dusk and the incredible site of an electrical storm blasting away in the distance. While this led to the two stages in the woods being closed prematurely that night owing to crowd safety, the Farr organisers did a grand job of ensuring the party didn’t just continue, but it was also a lively affair with headline acts shifted around to keep their fans happy. 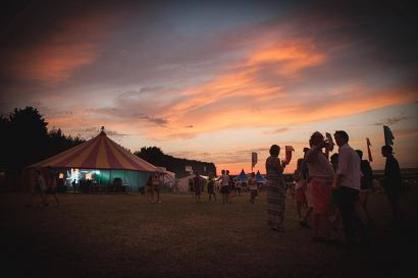 As we trekked across the field joining the campsite to the arena, the bass booms grew louder and as we entered we saw festival-goers devouring late-night snacks in the food corner. Littered across the field people had clambered onto the stacks of hay to chill and marvel at the lightning strikes or just chill after one of the hottest days of the year. Our main concern was getting a drink and settling into the grooves, an easy combination given the bar was located right next to the Flying Circus where Move D was getting the Feel My Bicep takeover into a deep house vibe. The Farr organisers have upped their production levels since we last attended two years ago, with the acts on the four biggest stages surrounded by LED screens and beefy soundsystems. They were loud right through the night too.

Bygrave Woods is an enchanting place.

!(feature_l)http://relayer.s3.amazonaws.com/articles/spreads/53d0fa26032e0e00020002cd.jpg!Trying to make up for lost time, we flitted between tents to catch the end of Mount Kimbie packing out the Main Stage followed by a live set from AME plus a dip into Hotflush pair George Fitzgerald and Midland going back-to-back, along with cheeky disco from Optimo and Irish duo Bicep in the Flying Circus. It was Bicep who kept us most captivated, dropping the odd acid line and infectious hook among their house selections, but being able to bounce between the stages so easily is one of the beauties of a boutique festival and we were keen to fit in as much as we could on the Friday night. Our only regret was not making it to the Love Lounge for Skeptical back-to-back with dBridge before the electrical storm returned at 3.30am forcing an end to the night, though perhaps it helped us get some proper rest ahead of the Saturday with its 6am finish. 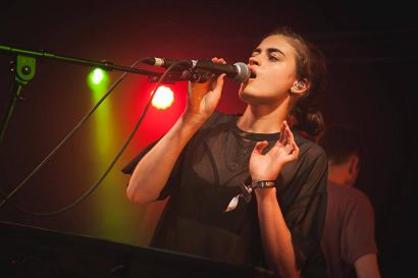 We went to bed with the pattering of rain starting to sound on our tents, however we missed the showers that followed so by the time we woke at 1pm, the sun was out in all it’s glory – and so it would stay all day despite the warnings of the weathermen in the run up to the weekend. Hah! A mix of artisan coffee, smoothies, nuts and cereal bars was enough to get us on our way back to the main site where we got to experience its beauty for the first time in the light. Despite being only about an hour’s drive from London, Farr’s setting gives no indication of any signs of life beyond the campsite such are the vast fields surrounding it. We took in the views while devouring an I Heart Sausage hotdog for lunch soundtracked Leeds’ collective Set One Twenty’s disco house playing out of the top of the nearby Red Bull Music Truck. It was only 3pm and we were ready to party. 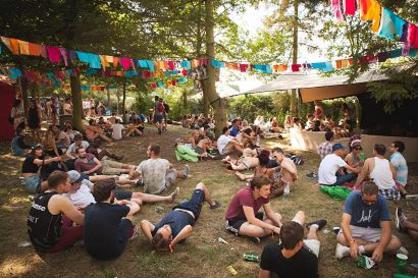 Thankfully the woods could re-open on Saturday so our first port of call was the Badger Hole where Ransom Note and Society were programming a stage for the third year. Entering Bygrave Woods at Farr, you realise the essence of this festival is contained in the clearing under a canopy of trees. It’s an enchanting space that has a unique atmosphere – this year hosting the Badger and Fox Hole stages and cinema. We got a bop in to Terry Farley at the Badger Hole, then pit stopped at the Sort Yourself Out Love Traders Tent so our posse could get glittered up for the fast-approaching night-time activities.

Farr is a festival developing a strong identity and well worth a place on your calendar in 2015.

!(feature_r)http://relayer.s3.amazonaws.com/articles/spreads/53d0fa56032e0e00020002d1.jpg!As dusk began to settle, Game of Thrones fans could get up close and personal with star Natalia Tena as she brought her madcap gypstep band Molotov Jukebox to the main stage with their gallivanting sound while we soon found ourselves drinking posh cocktails from the Love Lounge en route back to the woods to get a good spot for the night. Acid house original Justin Robertson caught our ear at the Badger Hole as we walked in, however we thought ‘go easy’ before getting stuck into the line-up there by heading to the Fox Hole hosted by Rubabdub for the reggae of Channel One while standing in a sunbeam shining through the trees. 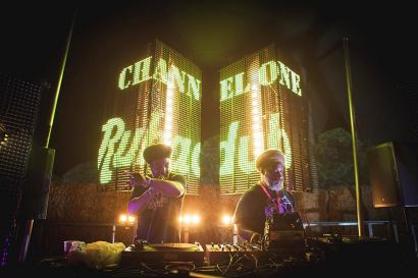 When darkness did start to descend, we found we had beaten the queue to get into the limited capacity woods and we well set for jacking out to Hunee at the Badger Hole followed by set by DJs at the opposite end of dance music history: Daniel Avery bringing the sound of the new wave and Andrew Weatherall playing with all the experience of being a figurehead of British techno has given him over the years. We found time to catch some of Tom Trago and Waze & Odyssey during Street Tracks’ takeover f the Fox Hole, however the quality of Avery and Weatherall’s sets always lured us back ahead of Robert Owens’ closing performance, the house don arriving on stage in an elaborate feathered headdress and getting on the microphone to sing and MC while effortlessly mixing through until sunrise. It really was a night of bliss. 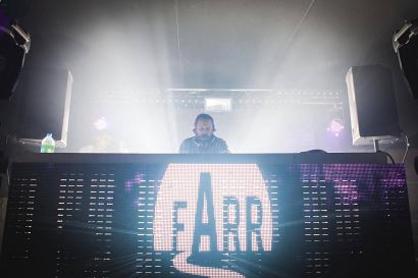 !(feature_l)http://relayer.s3.amazonaws.com/articles/spreads/53d0fa42032e0e00020002d0.jpg!By the time we came to leave the site on Sunday, we reflected Farr Festival may have had a few natural disturbances this year, but then so did Glastonbury. The organisers did what they could to keep us dancing on Friday then put on a Saturday which had perfect weather for its gorgeous setting and quality sounds throughout. The organisers need to work on ensuring everyone gets to go in the woods with minimal wait while maintaining the unique appeal of the confined space, however Farr remains a festival developing a strong identity and well worth a place on your calendar in 2015. 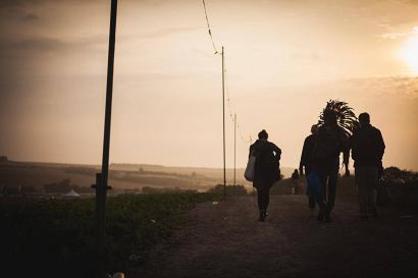