Dimensions Festival marked its fifth edition with a line-up that included Larry Heard’s first Mr Fingers live set for more than 20 years, debuts from Richie Hawtin, Octave One and Massive Attack plus the return of favourites such as Motor City Drum Ensemble, Hunee, Marcel Dettmann, Moodymann, Jeremy Underground and the Hessle Audio trio of Ben UFO, Pangaea and Pearson Sound. Mike Barnard and Freya van Lessen made the trip to Pula to take in the atmosphere at the landmark edition of the underground dance music festival attended by 8,000 eager revellers.

Here’s to another five years of Dimensions Festival! 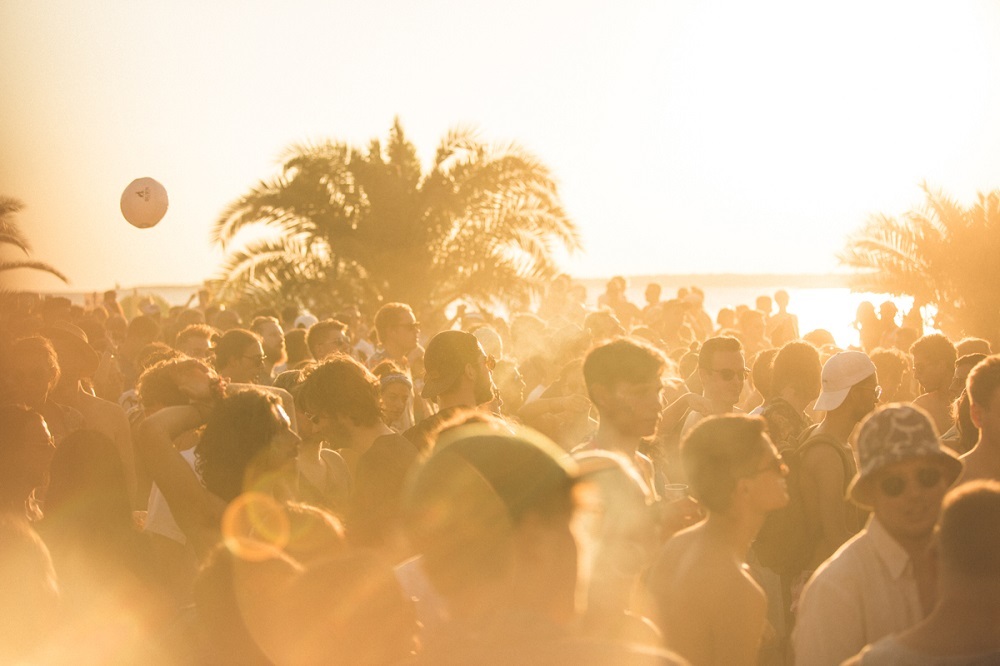 This year at Dimensions marked our fourth-in-a-row, and it’s fair to say the organisers seem to be nearing a perfect combination of location, stages, sound, programming, food, drink and accommocation. Staying next to the main festival stages at Camp Brioni has become more comfortable with an expanded selection of mobile homes to go with the previously limited spaces in a hostel which are ideal for those not keen on setting up camp in a tent be it glamping or standard. These options weren’t so available previously, but mean fewer people will feel the need to stay off-site in an apartment or hotel and miss out on the comaraderie of immersing themselves in the hub of the Dimensions faithful.

Those off-site also miss out on the joys of the on-site restaurant that we’re fairly sure has kept to the same menu, yet we’ve oddly been drawn too with the odd sighting of the roaming cat and some interesting selections of shots to round off an evening meal before heading up to the fort. 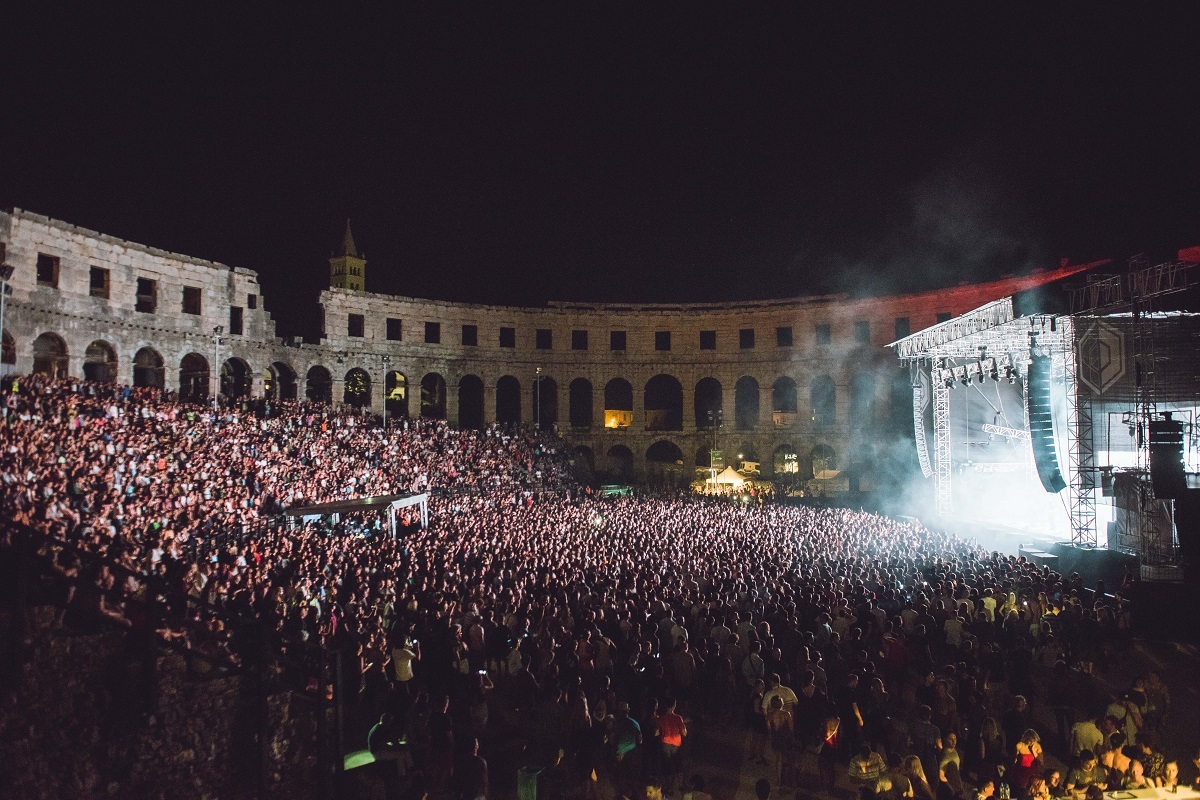 The opening concert this year featured trip hop originators Massive Attack in a headline performance that sold out the 2,000-year-old amphitheathre venue. Supported by the jazzier tones of Kasamai Washington and Dimensions regular Moodymann, it made for a spectacular start to the festival that everyone seemed to be talking about when we arrived on the Thursday. This appetiser for the festival proper tends to focus on innovative live acts - Darkside, Bonobo, Nils Frahm and Floating Points have previously filled the ancient space with brooding soundscapes - but this had been the first time it had sold out, making for the perfect start to the fifth anniversary. 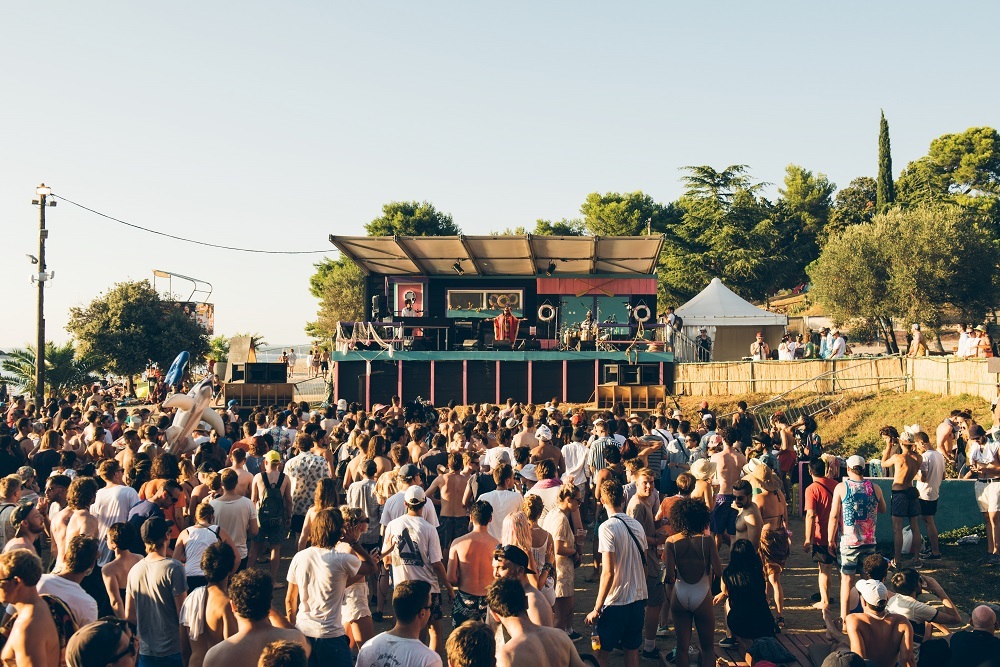 Our Dimensions started on the beach with a live funk soundtrack from United Vibrations. Looking around there’s always a wide range of festival-goer during the day at Dimensions. Those with energy might clamber on the floating assault course or take a pedalo out to sea for a bit of diving, those who hit it too hard the previous night will flop out on a lilo if they even make it to the beach, and there’s always the music to enjoy with cocktail in hand. One essential Dimensions activity is always remain down on the beach until sunset - it’s a guaranteed delight, and headline sets from Jeremy Undergound and the Rush Hour-affiliated Hunee - who dropped Phil Collins to the delight of the crowd - helped this year’s sunsets seem so much sweeter. 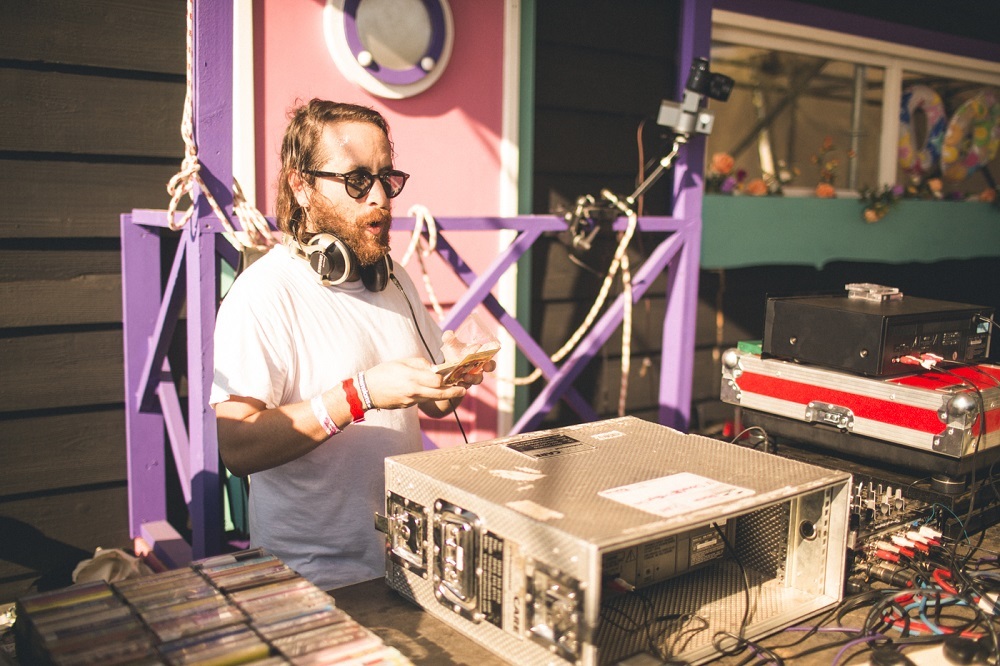 The boat parties at Dimensions have always been a fun way to see acts playing on one of the main stages in a more intimate environment on the Adriatic. Capped at just a few hundred guests, each voyage tends to be a lot like a house party: initially you might start by sticking to talking to the friends you boarded with over a few drinks, but by the last hour the mix of sun, music and alcohol leads to a more lucid crowd and plenty of chat with strangers who may well become new friends as you bond over your festival experiences.

This year we chose to go for a trip on the Turf boat on the Thursday night - aptly branded with the ‘sunset’ sail time of 8pm. Getting down to the harbour as the sun was low in the sky, the honey glow of the vessels on a shimmering sea made for an enticing prospect. Turf residents Remi and Napper plus Andy Lemay of the Dimensions Soundsystem kicked off with laid-back vibes of house, soul and jazz as we pulled out of the harbour and looked out towards the horizon. Half an hour in and distant land had been replaced by glimmers of lights, and we could just spy the second sunset boat bobbing nearby. The mood became more exctiable as Byron the Aquarius took to the decks with a more direct house approach heard on his releases for Sound Signature and Wild Oats plus classics such as Hardrive’s ‘Deep Inside’ and a Michael Jackson cut to add spice. By the time Eglo Records label boss Alexander Nut was on the decks, the dancefloor was a mix of chatting and dancing bodies all basking in the moonlight. As we docked back at the harbour, energy levels were high, pumping us up for the fort that night. 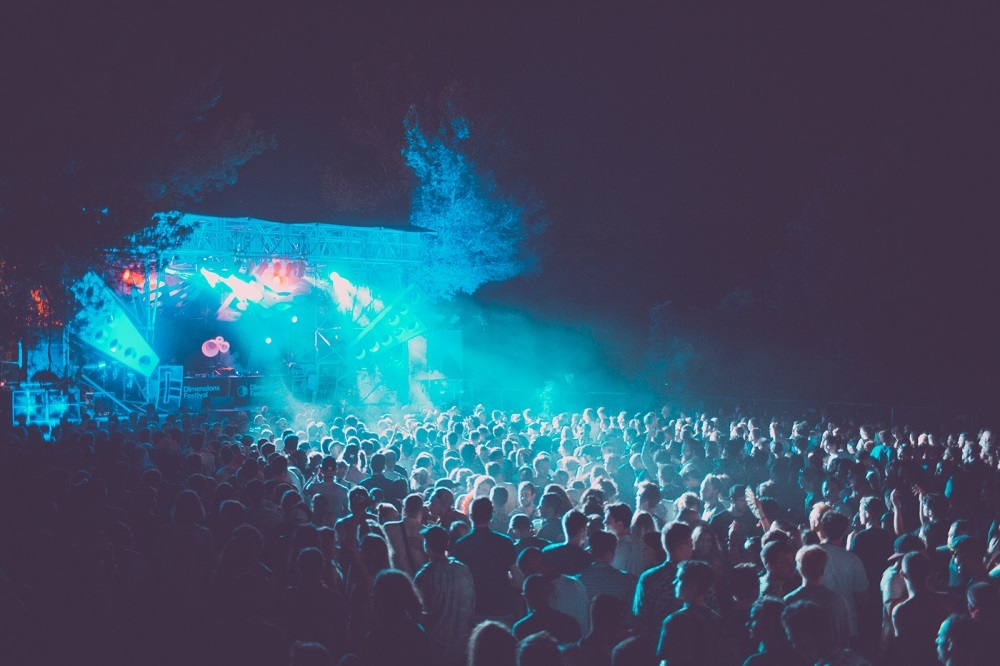 Fort Punta Christo is the real jewel in the crown of Dimensions, and has been improved steadily over the years. The Void area named after the soundsystem housed there used to be uneven underfoot, but now the ground has been flattened to make more of a ankle-friendly dancefloor, and the place to see the pounding techno of Ostgut Ton favourites or more leftfield sounds. The Zenker Brothers and Marcel Dettmann were among the more aggressive of the techno purveyors, thought Dettmann couldn’t resist a cheeky electro classic in the form of Vitalic’s ‘La Rock 01’ to close his set, while Virginia’s live vocal performance backed by Steffi and Dexter on the synths was a surprise disco-influenced monster of a set. Hunee and Antel followed up their impressive back-to-back session in the Moat last year with another special set while Mood II Swing would follow up their Feelings boat party performance with a closing set on the Sunday. 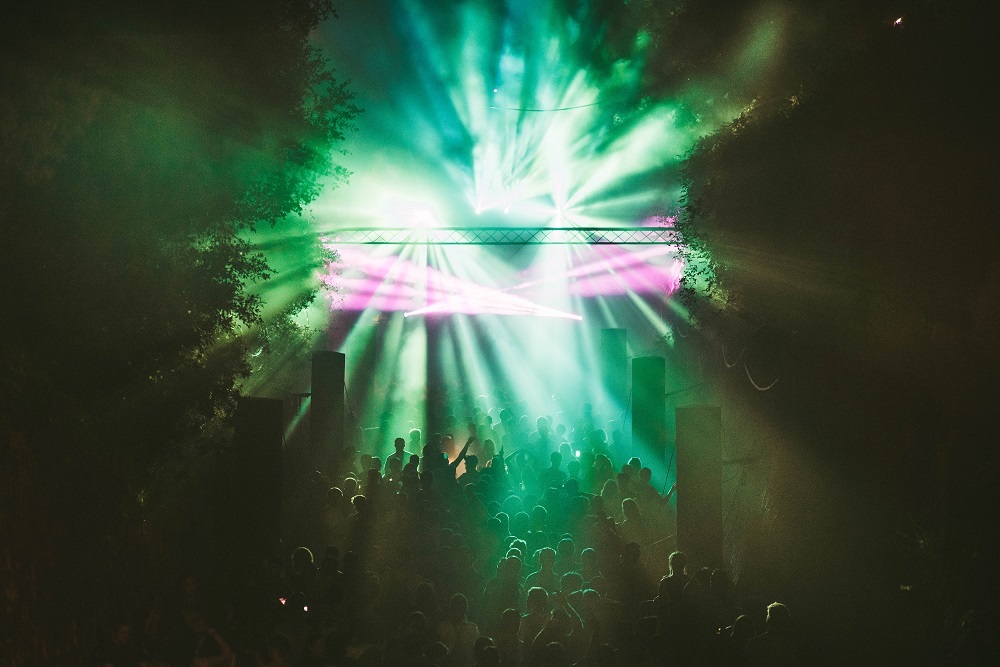 The Moat has long been a favourite festival stage for zap! bang! Magazine, and this year it was given a revamp with a built-in stage that looked like a castle wall at the end with the DJ booth inside. This year the queue to descend the steps was longest on Friday night when Rødhåd warmed up for a four-hour Richie Hawtin set for a night of pumping 4/4 that really utilised the depth of the Moat soundsystem, particularly required for the minimalmist tendancies of Hawtin who needs sub bass to get a party started. The Hessle Audio boys were also a popular choice while DJ Stingray’s eclectic selections caught our friends from the Nawty Step off-guard with an impressive array of audio battle weapons. 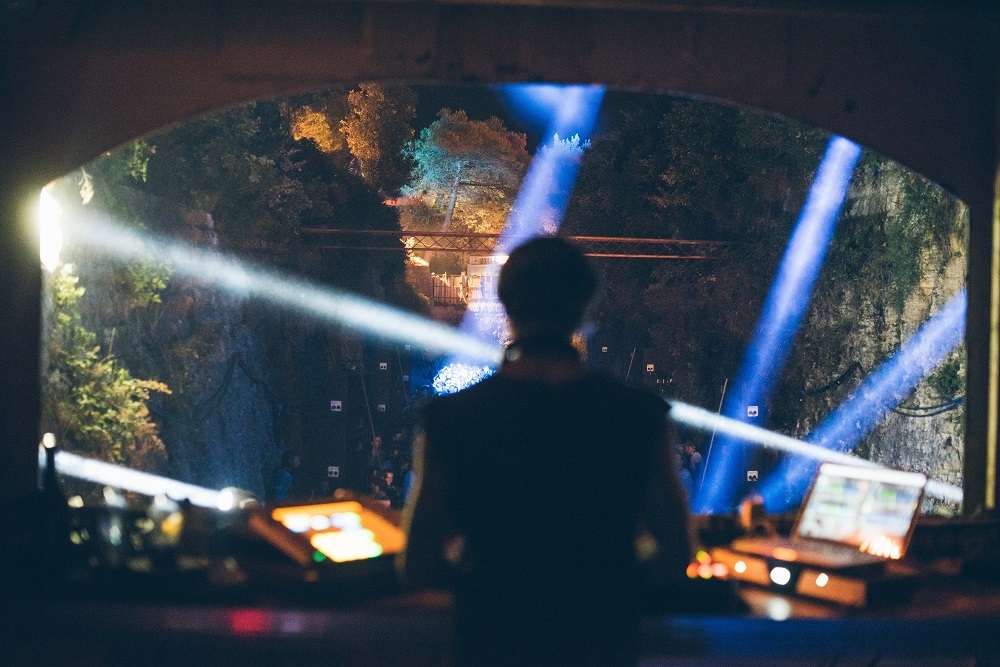 A quick nod to the stages we frequent the least - the Stables and Mungo’s Hifi tend to be ones we pass through and take advantage of the bars overlooking them rather than getting stuck in, however Calibre at Mungo’s was a keen favourite of our crew. We also found ourselves spending a large portion of Friday night in the 70-capacity Noah’s Ballroom where we were treated to more intimate sets from the Feelings residents DJ Karl Karlson and Brian Summers who dropped Dream 2 Science’s remix of Kasra V’s ‘Myth’ during a journey through house, disco and techno while Gustavo, Joe Rolet and the Menendez Brothers kept the tiny space alive with energy. 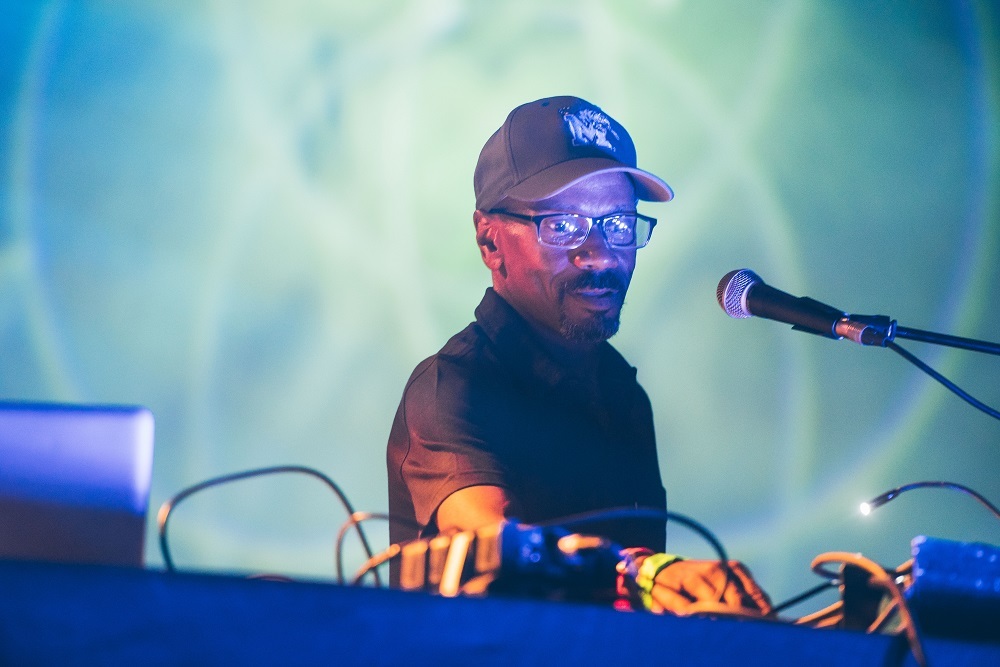 The real highlight of Dimensions this year though was the return of Larry Heard to his Mr Fingers moniker with a live set at the Clearing - the vast open space at top of the hill leading to the fort. Doubters may have wondered if Larry could bind the crowd together after so much time away, but his string of classics such as “Can You Feel It” and “Mystery of Love” had the crowd in the palm of his hand for the stand out performance of the weekend alongside Octave One’s live set. 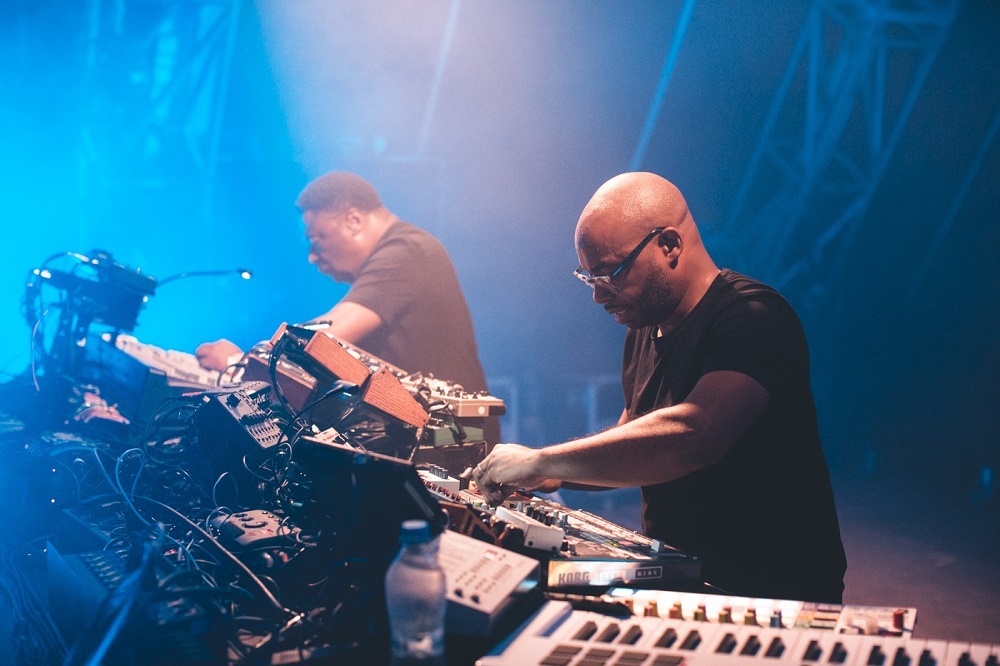 The Clearing would also be the host to another bar-tendering from Moodymann who still seems adept at finding the most surprising tunes to drop at 4am in the morning - on this occasision Crazy P’s ‘Heartbreaker’ had a welcome airing - while Motor City Drum Ensemble brough almost the whole festival to hist closing set on the Sunday. Moreover, this was the year that Dimensions really flexed its musical muscles as everything seemed to click into place, particularly the mix of live acts and DJs, the small tweaks to the site - especially getting between the Clearing and the fort - and possibly the best overall atmosphere between festival-goer and security its ever had. Here’s to another five years of Dimensions Festival! 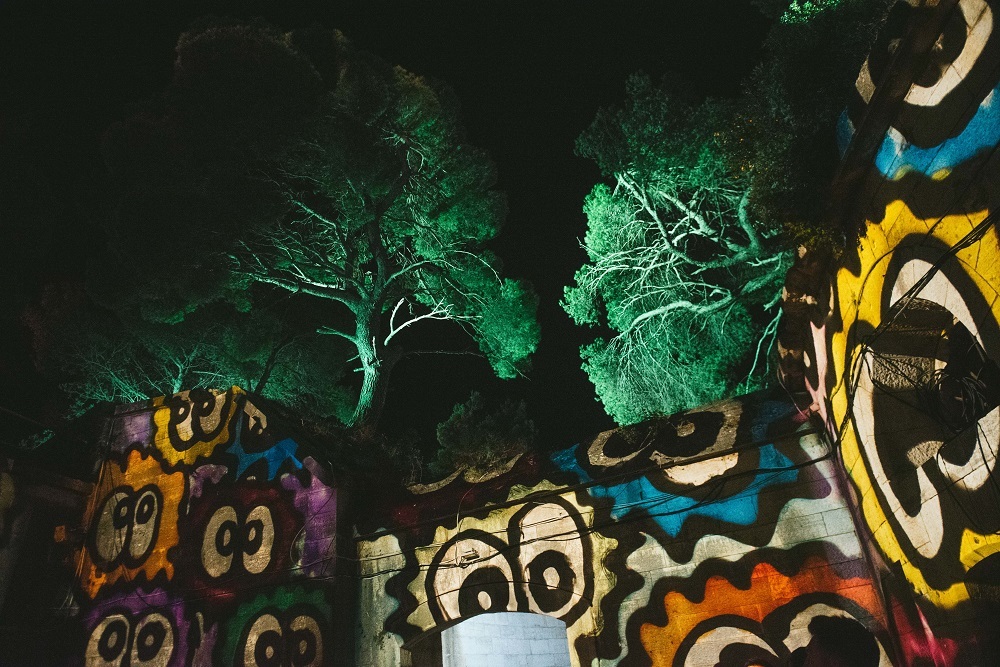