Following our preview of the Dimensions Festival opening concert and boat parties for 2016, we move on to our rundown of the daytime beach stage and nighttime spaces in the Fort Punta Christo. Running From Thursday, August 25th to Sunday, August 28th the fifth edition of the Pula event centres on the fort where revellers will find the The Clearing, the main stage for the festival with huge stage and encompassing sound, while the other stages are found at the end of a leafy track.

The Garden and the Arija Stage are the smallest stages offering a couple of initial opportunities to listen to tunes normally from Dimensions Festival affiliates, then there are the steps down to The Moat - a 100m long strip with booming bass bouncing off 7m-high walls where some of the hardest techno is heard. The 1,000-capacity Void is home to a custom-made Void soundsystem. The Stables arena is encased by 20ft walls with an epic light show. The fort itself hosts Mungo’s Arena where the Mungo’s Hifi Soundsystem blasts out the bass and the tiny Noah’s Ballroom - basically a pit with a soundsystem and the smallest of the stages. Read on to find out more about who’s playing where. 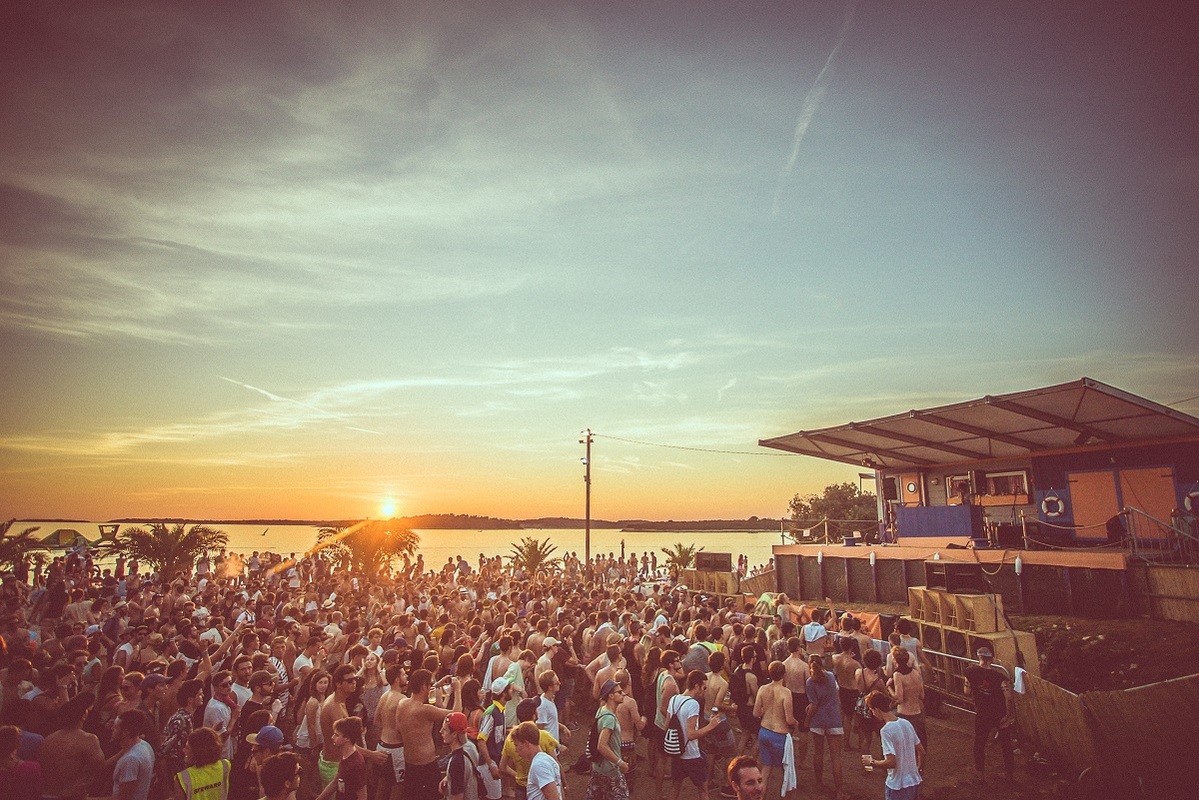 The founder of First Word Records and man behind seminal Leeds clubnights Funky Mule and New Bohemia DJ Gilla will be heard down at the beach on the first day of Dimensions joined by Barry Smyth and there will be a headline set from Jeremy Underground who’s house and disco was a huge draw last year. Live sets will come from solo artist and producer S. Williams White and messengers from Inner Space the United Vibrations. Dimensions Soundsystem will also be on hand to ensure the first day by the sea is a winner. 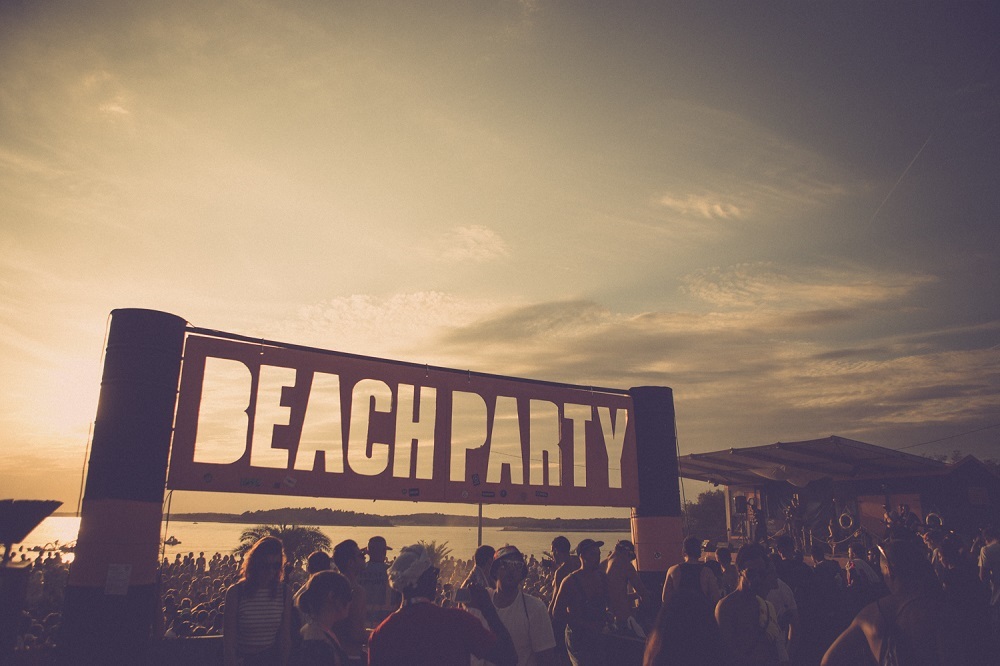 Head to the Clearing to heelp Electric Minds celebrate their 10th year of events with Moodymann, Jeremy Underground, Joe Claussell, Darkstar and resident Dolan Bergin for a mix of techno, house and disco with plenty of soul. The Hessle Audio trio of Ben UFO, Pearson Sound and Pangaea are back in the Moat after last year’s epic back-to-back set joined by DJ Qu and Matias Aguayo or there’s some heavy techno in the Void thanks to RA in the form of Ben Klock, Kyle Hall and the Zenker Brothers with the Mood Hut collective’s.Pender Street Steppers.

Thursday’s bass flavours at Mungo’s Hi-Fi will be served by Mala of Digital Mystikz, Om Unit, Kahn and DJ Spinn while veteran techno producer Moritz Von Oswald will get on the decks in the Stables joined by Hieroglyphic Being. In the Garden Stamp the Wax host Dan Shake and Bryon the Aquarius. Musical explorer Débruit is well worth a listen at the Arija stage, if you like dark, industrial, hypnotic techno, finish your night with Night Owl in the intimate Noah’s Ballroom. 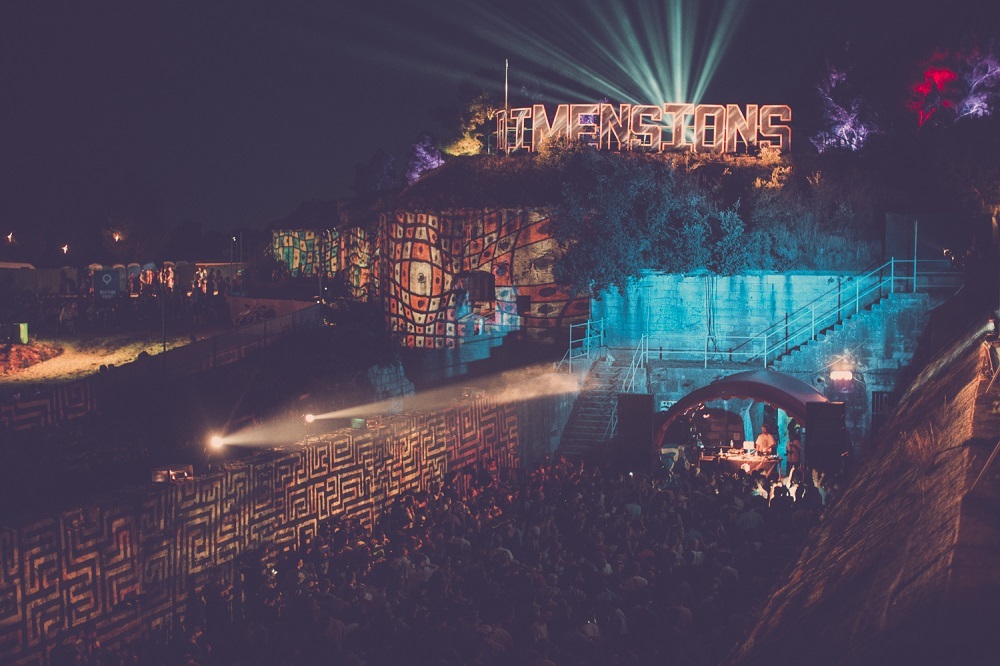 The captivating Zanzibar–born Mim Suleiman will sing Afro-beat mixed with global fusion, mostly in her native language Swahili, in what will be an epic live performance between two sets from the Highlife trio of Auntie Flo, Esa and Andrew. Before them, see live music fromduo Galaxians who have shared stages with acts such as Tom Tom Club and The Juan Maclean while Jordan Rakei will present his experimental blend of lo-fi soul. Charlie Bones kicks off the NTS takeover. 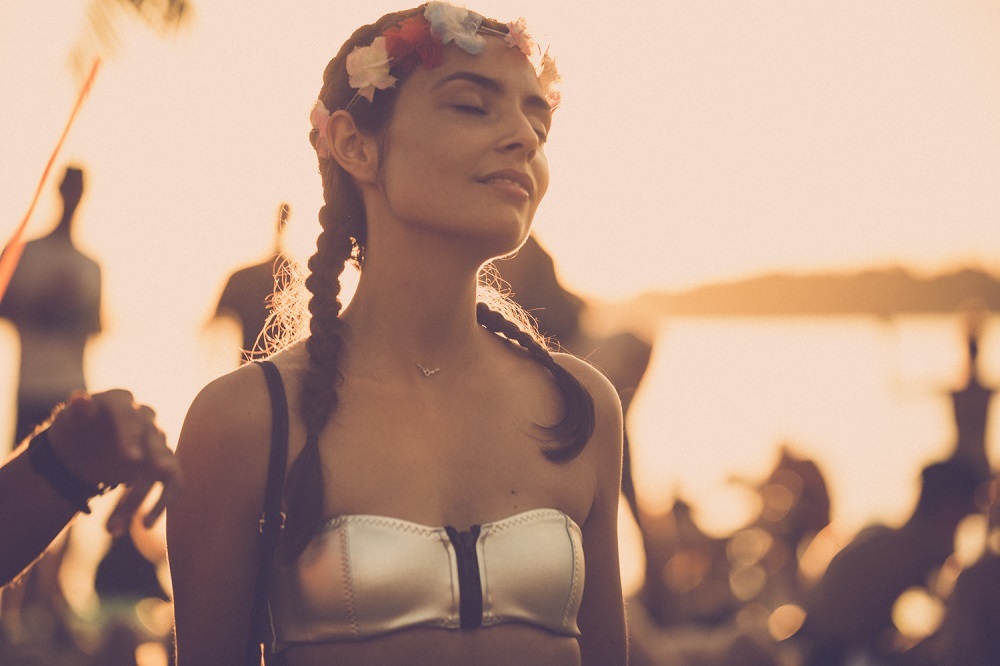 Friday night brings out the legends with the Clearing featuring deep house pioneer Larry Heard aka Mr Fingers plus techno originator Moritz Von Oswald with his trio of Tony Allen, Max Loderbauer and himself. Ron Trent will add a touch ofclassy house and disco to the mix while Benji B brings his eclectic taste. Down in the Moat Minus founder RIchie Hawtin will play a four-hour minimal masterclass after a warm up from Rødhåd; over at the Void the German techno of Ostgut Ton will rule thanks to Marcel Dettmann, Tama, Sumo, Ryan Elliott, Massimiliano Pagliara and a live set from Virginia featuring Steffi and Dexter.

Sub Club and Sensu bring together Midland, Marcellus Pittman and Mount Liberations in the Stables, Exit Records take over Mungo’s Hifi with label acts dBridge, Calbire, Alix Perez, Skeptical and Fixate. Check out the Garden for Loefah, Eliphino, Hodge plus the Klose One and Claus Fuss live project One One One. London party-starters the Menendez Brothers and Feelings DJs could play anything from hip hop and rap to funk and disco during their two hours in the tiny Noah’s Ballroom. 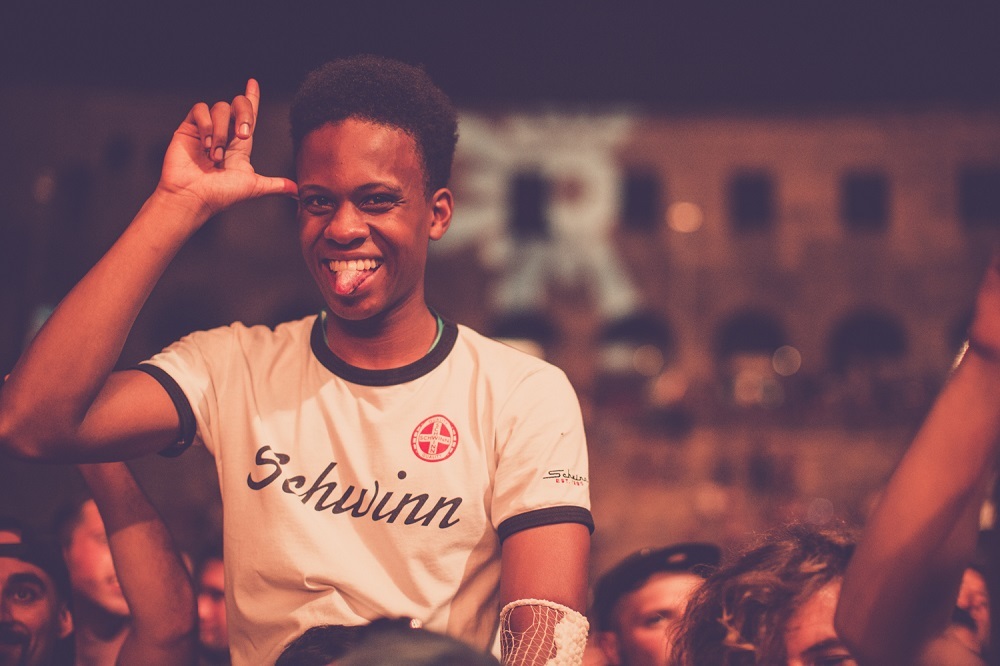 Cassettes are a long way from making a comeback in the same way as vinyl, but Awesome Tapes from Africa shows there is plenty of beautiful music harboured on the Walkman-fuel and manages to make tape decks cool. Rush Hour boss Antal and Dele Sosimi’s Afrobeat Orchestra take the top slots with Cuisine Dub and Cosmic Slop on warm up duties. 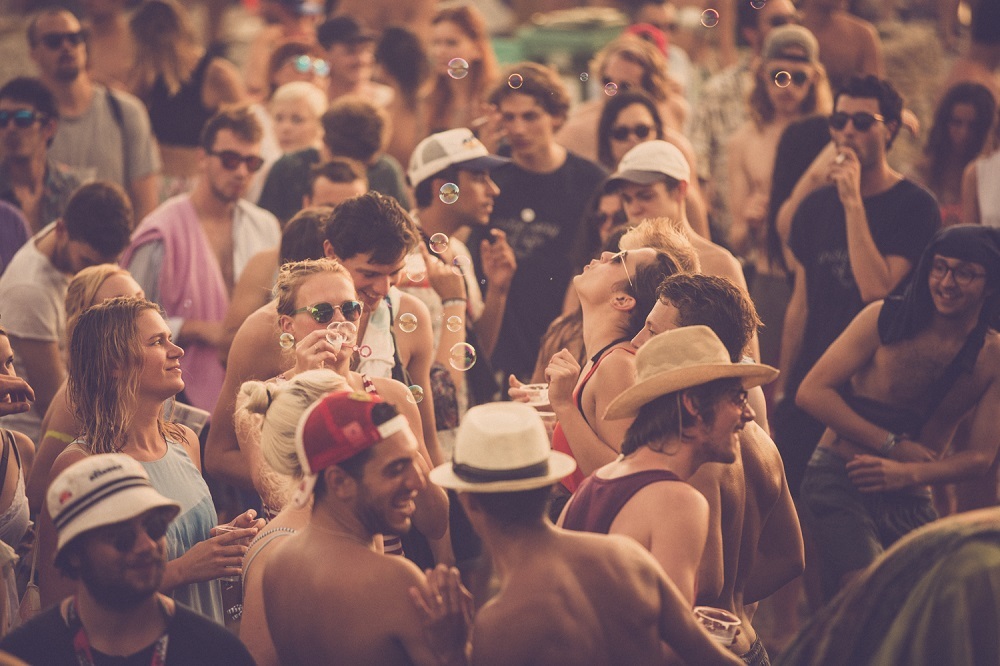 Head to the Clearing for a live set from Detroit’s Burden brothers Lenny and Lawrence as Octave One, the writers of classics such as “Blackwater” and “Empower”. Sets from Daniel Avery who curates the Divided Love parties and the minimalist stylings of Steve O’Sullivan should serve up impressive support. In the Void Hunee and Antal will lead the Rush Hour takeover following a eclectic set in the Moat last year while the Moat itself provides Detroit electro from DJ Stingray, Chicago house from Gene Hunt, Bristol garage vibes from Shanti Celeste and London bass from Rinse FM’s Josey Rebelle as part of an NTS takeover.

In Mungo’s Hi-Fi there’s more opportunities to get loaded up on heavy basslines from The Bug featuring Miss Red and DMZ’s Loefah. Expect a fusion of funk, soul, jazz-fusion, hip-hop and drum & bass with broken beat pioneer IG Cutlture in the Stables who will be joined by NameBrandSound collaborator and Bugz In The Attic founding memeber Alex Phountzi. Rhythm Section host the Garden headlined by Jordan Rakai and Jon K; head to the Arija for Serbians Ontal who focus on the bleakest, blackest apocalyptic techno and grinding mechanoid rhythms. 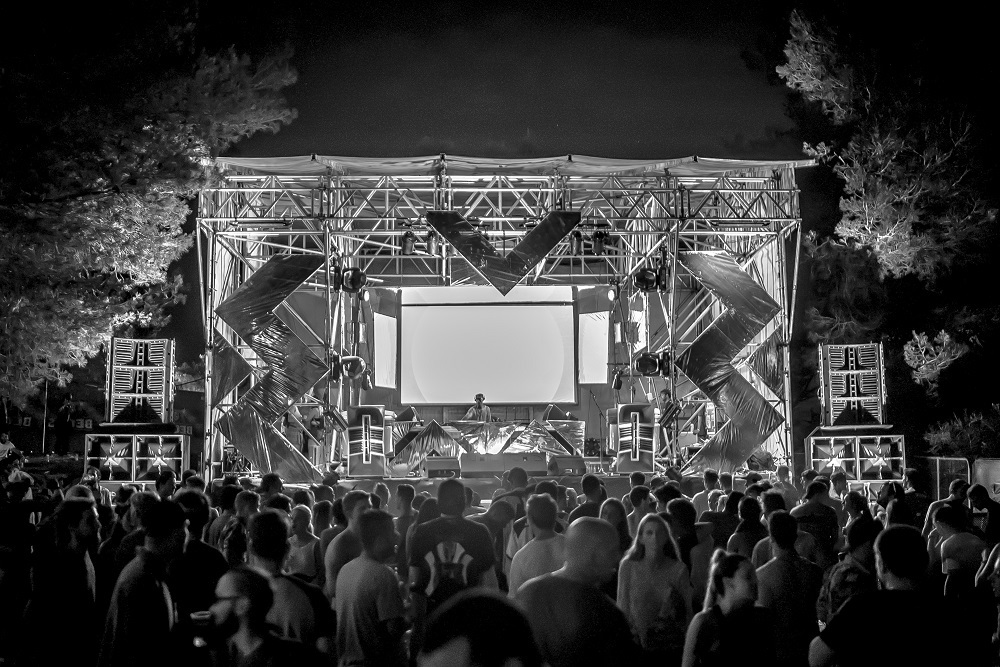 Catch Hunee follow up his Void set with a beach offering. He’s released on Rush Hour, Future Times and W.T. so expect an eclectic mix more suited to the sunshine than the late night exploits. Henry Wu (keys) and Yussef Dayes (drums) and Tom Driessler (bass) make up the Yussef Kamaal Trio who will put in a live show, as will Harvey Sutherland with an improvisational live show featuring 808 rattle and double disco clap. Kadhja Bonet, Steve Cobby and Yam Records will also be livening up the beach. 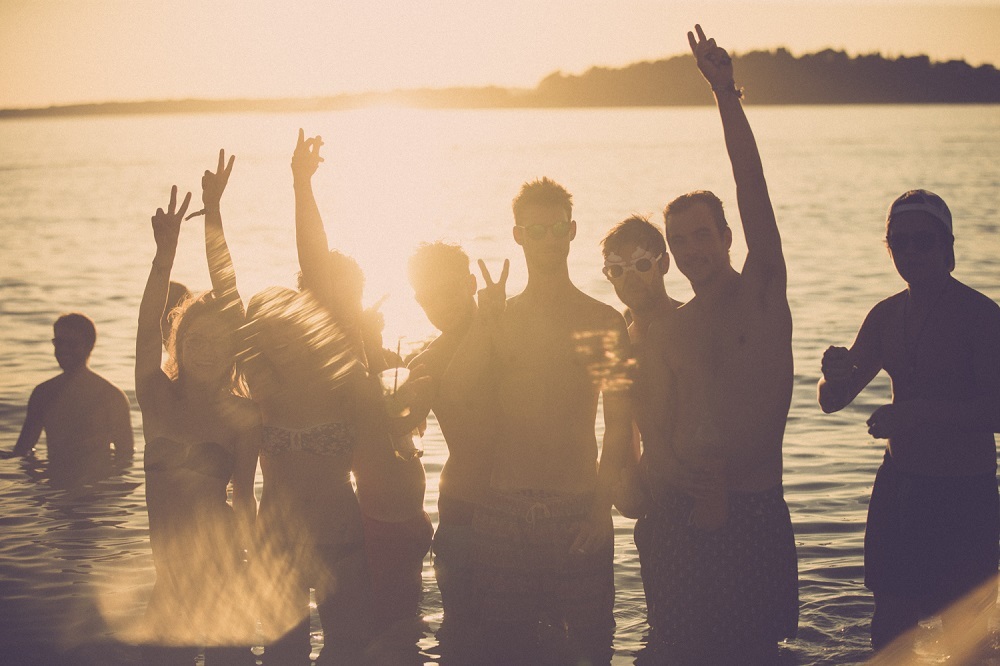 In-demand retro and futuristic German house maestro Motor City Drum Ensemble returns to the Clearing for a set which will blend his enthusiasm for music with a delight for getting dancefloors smiling while esteemed selector Gilles Peterson, Grammy nominated Melbourne contemporary soul band Hiatus Kaiyote and blissed out dub survivalist Nightmares on Wax add to the main stage’s class. Bodytonic get to grips with the Moat ared with Helena Hauff, Space Dimension Controller, Petar Dundov and Intergalactic Gary while the Void will be soothed by the sounds of Mood II Swing, Daniel Bell aka DBX, K’Alexi, Moomin and Fina.

The final chance to shake your bones to Mungo’s Hifi will come from Fracture, Sam Binga and NameBrandSound while the Stables will be taken over by Norwegian siblings DJ Fett Burder and DJ Sotofett for a Sex Tags Mania label party. The Garden offers Rahaan channelling the spirit of Chicago DJ pioneers like Ron Hardy, Farley Jackmaster Funk and the Hot Mix 5 for a set of jacking house, deep disco, boogie and funk in the Garden with support coming from Suzanne Kraft, Sassy J, Ilija Rudman and Turf pair Napper & Remi. Runner, the mastermind of the Subbed Out radio show and nights in Athens is a potential festival closer in Noah’s Ballroom away form from the main stages. 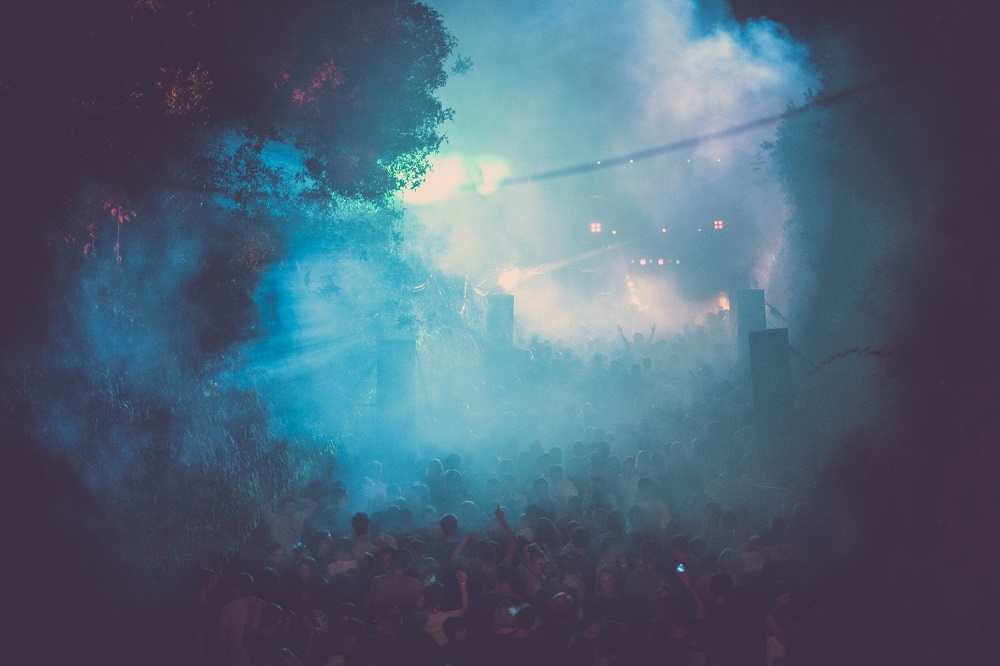 For more information and last minute tickets head to dimensionsfestival.com.