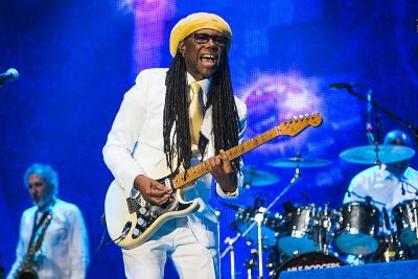 The last Bestival I went to was 2008 – which went down in legend as ‘the year of rain’, and ranks among one of the more trying experiences I’ve ever had. So it was with some trepidation (and constant checking of weather reports) I headed back down to the Isle of Wight for Josie and Rob da Bank’s latest. The contrast couldn’t have been greater – a weekend of glorious sunshine, an atmosphere of infectious fun, and some great bands getting into the party spirit showed that Bestival is doing better than ever. 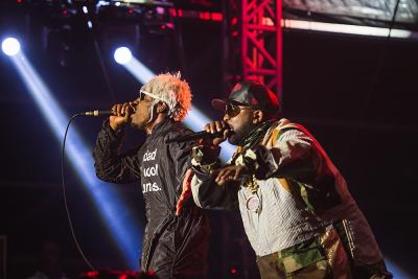 Bestival’s strength has, and hopefully always will be, its eclectic range of acts. It’s like an insight into Rob da Bank’s mind, and that man sure loves a wide variety of interesting music. Of the headliners, Beck played a superlative set on the Thursday which showcased his incredible musical diversity. Nile Rodgers and Chic brought the house down on the Sunday with an emotional show that showcased what a influence Rodgers has been on the entire industry: “Like A Virgin”, “We Are Family”, and “Get Lucky” all bear his stamp and delighted the crowd. 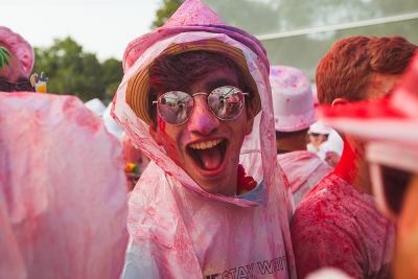 With the official world’s largest disco ball triumphantly lifting off during the set, the Desert Island Disco proved to be one of the most perfect and inspired themes ver concocted by Bestival. Elsewhere London Grammar showed themselves as huge stars in the making, while Disclosure and Sam Smith only added to their reputations with sets of total and utter joy. Public Service Broadcasting managed to create a compelling and epic live show from what is a potentially awkward concept of sampling 1930s information films and putting them to Krautrock inspired instrumental tunes.

Nile Rodgers and Chic brought the house down an emotional show that showcased what a influence Rodgers has been on the entire industry.

Meanwhile Sophie Ellis-Bextor demonstrated that her new collaboration with Ed Harcourt is producing some genuinely exciting new tunes – what could have a 2pm main stage snooze slot had the audience up and dancing for the whole set. Two Bears late night Friday set at the Big Top had everyone getting seriously into the beats in a joyous sweaty mess. 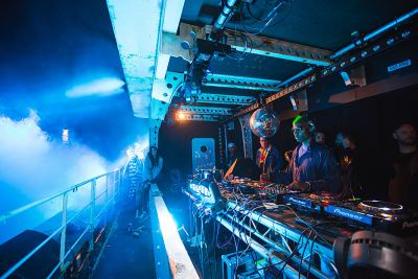 But Bestival is not just about the music. It’s truly a festival of everything. Wandering through the many areas, and popping your head into one of the numerous smaller stages/tents will demonstrate this admirably. Unexpected joys in the cabaret focused Grand Palace of Entertainment included the utterly bonkers Tina T’urner Tea Lady, a musical comedy act based on the premise that the diva is now a retired lonely tea lady rudely reminiscing about her life and loves in between tea and cake themed renditions of Tina Turner hits. 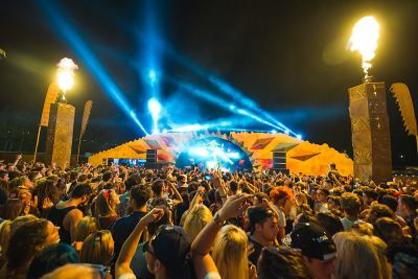 Not everything worked quite so well though. Outkast provoked a mixed reaction for their Friday night headline effort. While some loved it, for me the most interesting thing they did was open with BOB. In the years since their hey (ya) day, live hip-hop has moved on to create some of the most captivating and engaging performances in music. Outkast’s efforts seemed a bit dated, and the amount of people leaving after each big hit was a bit disconcerting.

To sum up? Into its second decade as a festival, the modern Bestival is a far larger and slicker affair than the ones from years before – with a sold-out attendance of around 60,000. At times this means there’s no way you’ll get to see a certain act – the crush at the Big Top for Basement Jaxx was testament to this, and the festival site can feel hugely sprawling. But it still retains its original innovative impetus and carnival like atmosphere. The Saturday dressing-up day sees everyone, whether punters or bands, join in, while the sheer amount of love that goes into making the costumes for the parade can’t fail but warm the heart. The effort that goes into everyone else’s fancy dress outfits is also pretty immense, even if not strictly on theme (I count my own disco penguin amongst these ‘almost but not quite’ creations)… 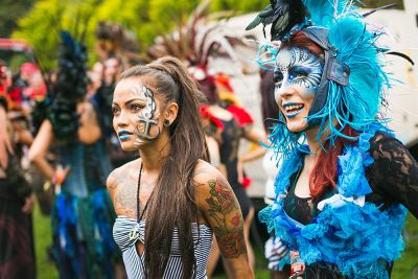 It might be one of the bigger beasts on the circuit these days, but Bestival still feels like a genuine labour of love for the organisers, and a festival which cares far more about making sure you have a good time then making a profit. It’s a festival where natural and unforced joy Long may that continue.