Afropunk’s star is on the rise, with more attention than ever to its homogenous message of creativity, music and activism. A line-up boasting The Internet, Danny Brown, Saul Williams and JME filled the vast and industrial 6,000 capacity Printworks London on Saturday, July 22nd and Sunday, July 23rd. Samantha Kemmy was there on Saturday. 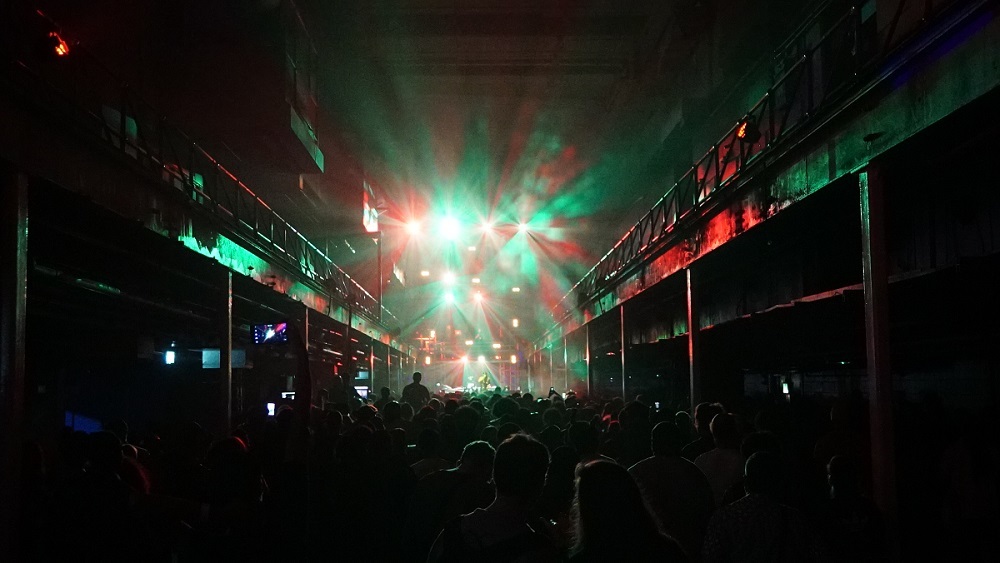 As London’s 2017 edition of Afropunk gets underway, post-industrial playground Printworks is filling up. The usual festival fashion furore is put away here, in place a tuned in and turned on crowd. Here to see and be seen, already pockets of people are forming taking their time to secure that photo moment of the weekend. I head out of the thoroughfare and on to Don Letts second set of the day at the Green stage. Letts is in his element blasting out soundsystem dub classics for his sophomore appearance at Afropunk. 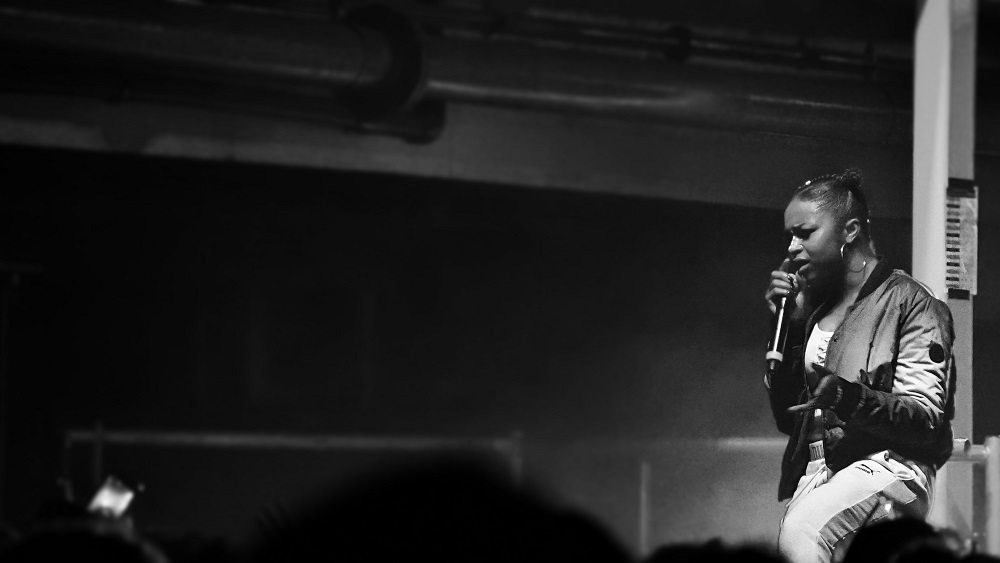 Bigger, buoyant rhythms await in the Press Halls where Nadia Rose takes full charge of the Red stage. The crowd pack in tight despite the spacious surroundings to catch Nadia’s very own grime by way of bashment sound. Bouncing through her performance, she teases part way through that the set must be cut short. Just as the drama sinks in, she announces it’s all a ruse and launches into girl gang anthem ‘Skwod’. Spirits high once more, Nadia brings more big fun with ‘Tight Up’, a playful tune for seam-splitting skirts everywhere. 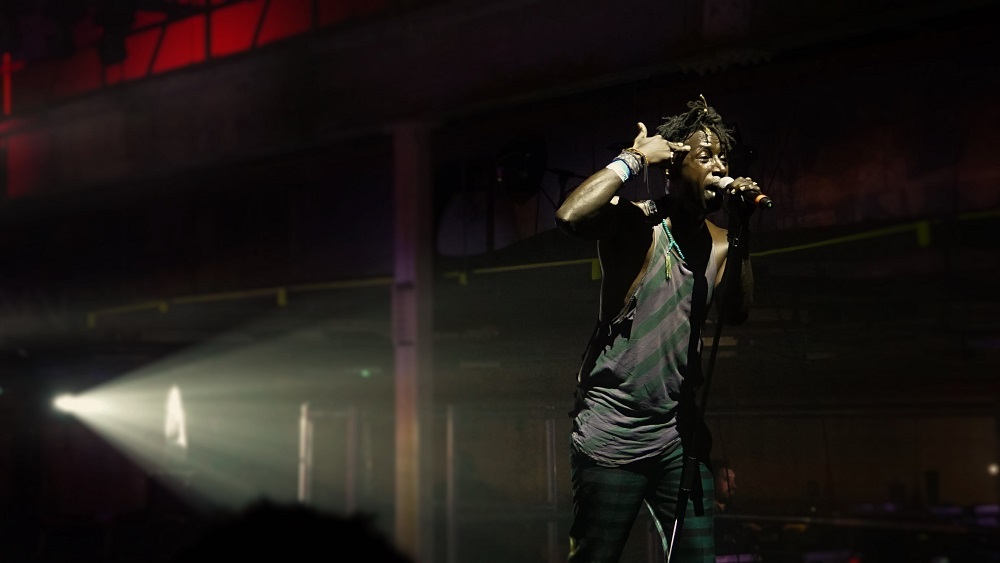 Saturday’s most powerful moments go to Saul Williams, his raw energy evoking in his own words “All Coltrane solos at once”. His latest LP Martyrloserking, a concept album explores the world of a fictional Burundian hacker of the same name. ‘List of Demands’, ‘Down for Some Ignorance’ and ‘They Think Like They Book Say’ stood out like a call to action. He performs ‘Coded Language’ like a manifesto checking “Medusa, Guevara, Gurdjieff, Rand, Wright, Banneker, Tubman, Hamer and Holiday” to name a few. During the closing clap of ‘The Noise Came From Here’ he steps off the stage and immerses himself in the crowd. He winds the set down with an exceptional acapella of ‘Black Stacey’. 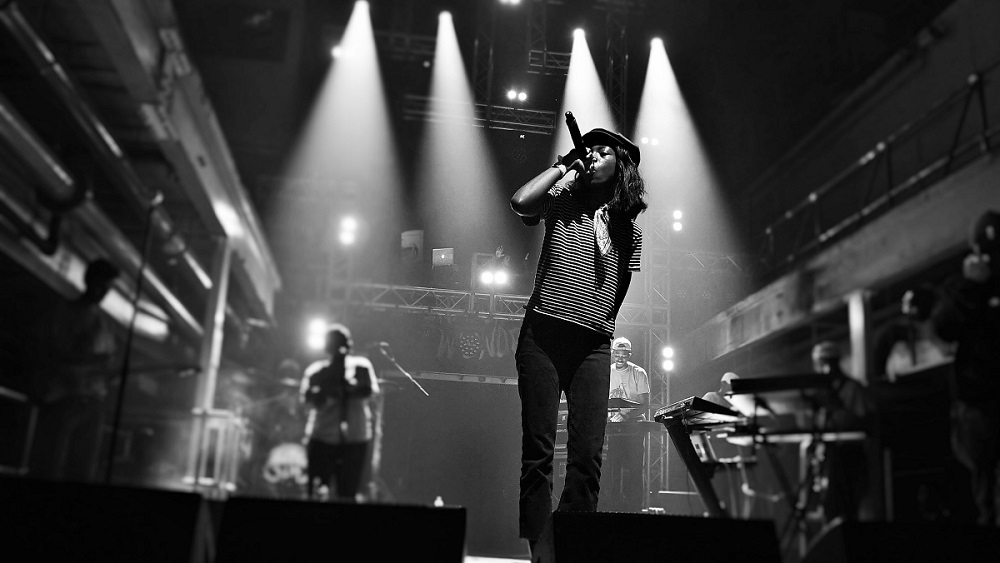 As Little Simz emerges to the stage her beaming smile is infectious. Keeping up a natural dialogue with the audience throughout the set, she doesn’t miss a beat. She shines on confessional track ‘Wings’, reminding us she hasn’t forgotten where her journey began. At the opening bars of the dark and seething ‘Dead Body’, its’s Defcon 1 on stage with guests Syd and Ghetts in tow for the last stretch. 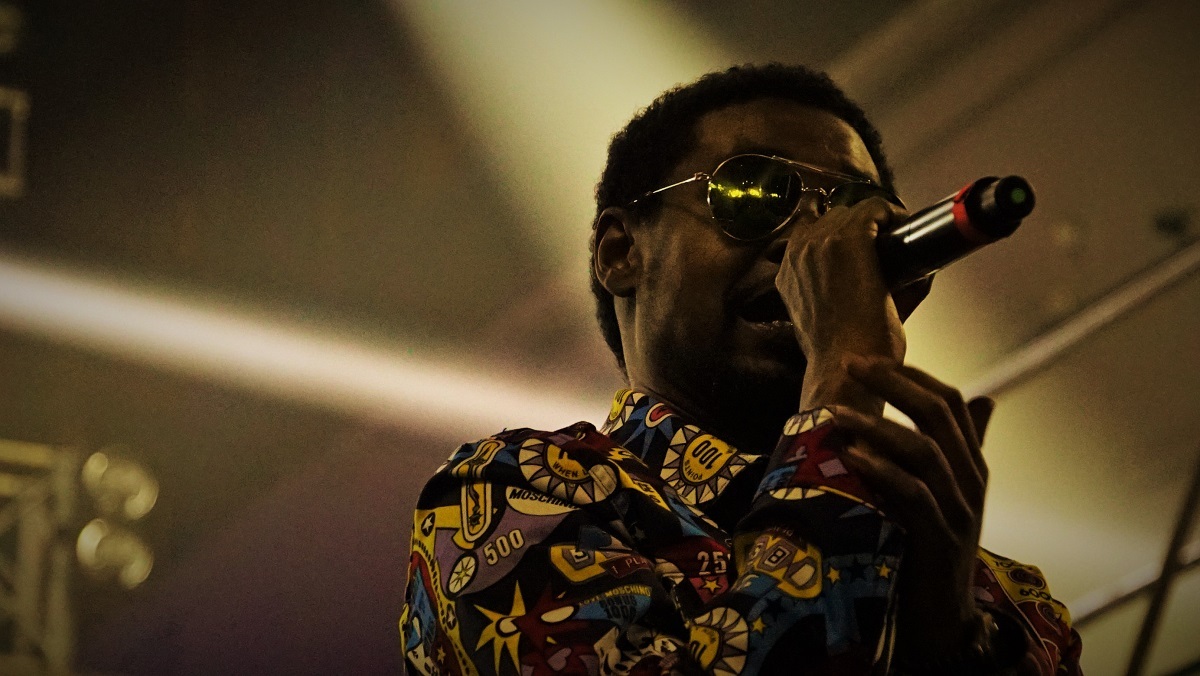 Black Sabbath’s ‘Ironman’ fills the press halls as Danny Brown appears in full poker chip Moschino suit. Highly animated, you can almost imagine him escaping from Roger Rabbit’s Toontown. Opening on ‘Die Like a Rockstar’, he casually sticks his tongue out and shoots the metal sign of the horns to the crowd. Flowing through a selection of XXX tracks and fan favourite ‘Smokin & Drinkin’ from album Old, it’s Atrocity Exhibition’s ‘Pneumonia’ and his speedy tribute to Detroit city rhythms of ‘When it Rain’ that cause en masse meltdown. ‘Ain’t it funny’ produced by Paul White gets huge audience participation, its purring big brass instrumental sampled expertly from Nick Mason’s ‘Wervin’. 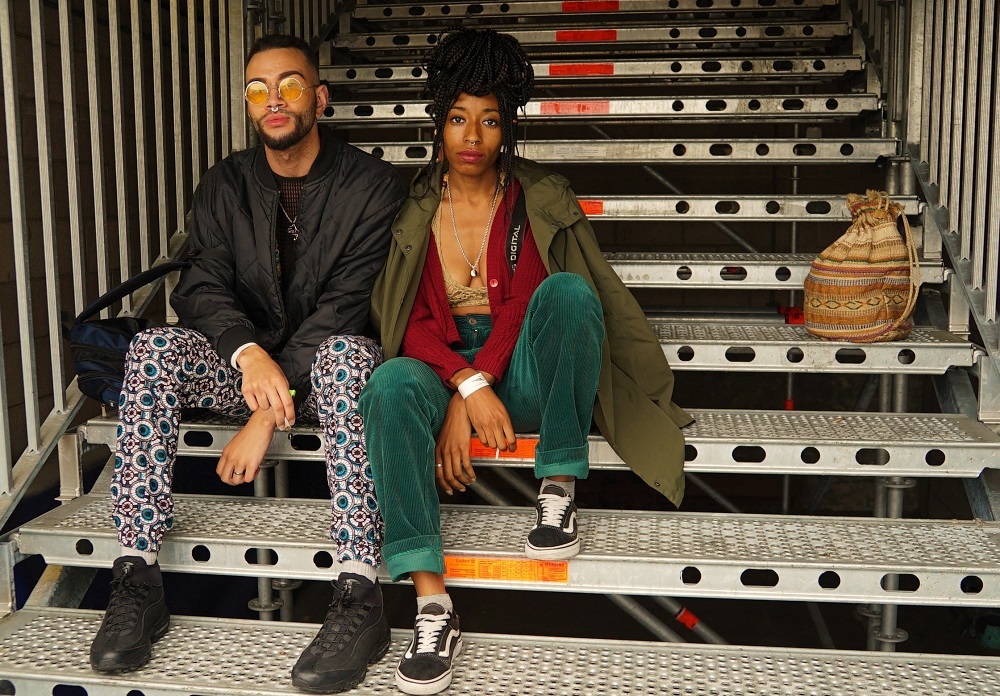 A rapturous end to Saturday with The Internet headlining the Green stage, playing much from their acclaimed album Ego Death. Syd’s silky vocals on ‘Girl’ leave the crowd feeling a little bit in love with the LA band.

One year on in London and Afropunk still feels fresh, with programming that stands out amongst a glut of generic festival line-ups. The search may go on to find the event its perfect home, but to quote founder Matthew Morgan, ‘Power To The Party’ remains at the Afropunk core.