Shock, horror, Crash was the surprise package of the Oscars for the films of 2005 as it tied with three other films, including hot favourite to sweep the board Brokeback Mountain with a win for Best Picture, Editing and Original Screenplay. Zap! BANG! scored a not-bad-at-all 13 out of 19 in the categories predicted, getting it right for most of the major prizes. See below for a full list of winners and reaction to a night that left many with raised eyebrows as the final announcement saw the underdog claim the top prize. 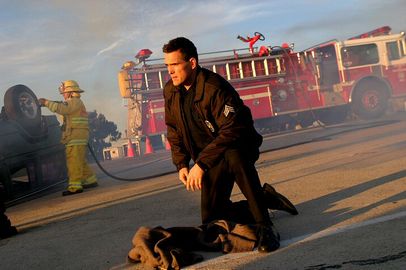 Picture
Predicted: Brokeback Mountain
Winner: Crash
The big upset of the night. The easy money was on Brokeback to take the award and much of the night was dedicated to proving everyone’s best predictions right. However, after having its odds on the day of the ceremony, Crash took the prize in what must be one of the most unexpected winners for a long time. Expect Paul Haggis to get some plumb jobs in Hollywood next year.

Director
Director: Ang Lee (Brokeback Mountain)
Winner: Ang Lee
No real surprise here, but Lee must have been expecting to be up again shortly after receiving this award to collect the best picture gong. It did not happen, much to the shock of most commentators, and so this must rank as a bit of a consolation prize. Lee will be very pleased regardless, but it means Brokeback is not the outright winner in terms of number of award at this year’s show.

Actor in a Supporting Role
Predicted: Jake Gyllenhaal (Brokeback Mountain)
Winner: George Clooney (Syrianna)
Not an easy category to choose a winner from, Clooney deserved something this year after putting in a lot of politically charged effort into Syrianna and Good Night, and Good Luck. Perhaps this was indicative of the fact Brokeback was not about to sweep the board in all of its eight nominations. Although some may argue that even Clooney’s fine performance in Syrianna gets a bit lost in the complex narrative, it will be remembered in tandem with his work on Good Night. Well done Clooney.

Actress in a Leading Role
Predicted: Reese Witherspoon (Walk the Line)
Winner: Witherspoon
A bit of a no-brainer, it would have been criminal if Walk the Line had won nothing – this was the prize it was most likely to be rewarded with, and the Academy did so. Hopefully Witherspoon will do more with the reputation this brings than Hale Berry.

Actress in a Supporting Role
Predicted: Rachel Weisz (The Constant Gardener)
Winner: Weisz
Another hotly-tipped winner. Weisz will be looking forward to a new lease of life on the A-List in Hollywood.

Documentary Short
Predicted: (None)
Winner: A Note of Triumph: The Golden Age of Norman Corwin

Best Animated Feature Film
Predicted: Wallace and Gromit: The Curse of the Were-Rabbit
Winner: Wallace and Gromit
“More cheese, Gromit” the Academy seemed to be saying as the British claymation film rewarded Nick Park and Steve Box for a great movie. Park has become an Academy favourite now as a four-times winner.

Art Direction
Predicted: Memoirs of A Geisha
Winner: Geisha
The beginning of a three-award swoop for the lush literary adaptation.

Cinematography
Predicted: Brokeback Mountain
Winner: Geisha
Admittedly always a close contest. A suggestion of the avoidance by the Academy to let one film dominate the 2005 Oscars.

Film editing
Predicted: Crash
Winner: Crash
Most would have thought this was going to be a solitary win for the eventual best picture, and it was a well-deserved victory.

Make-Up
Predicted: Star Wars: Episode III: Revenge of the Sith
Winner: The Chronicles of Narnia: The Lion, the Witch and the Wardrobe
Industrial Light and Magic lose out to the cheaper Chronicles and so perhaps Lucas will be making some more Star Wars films to clinch another Oscar.

Music (Song)
Predicted: “Travellin’ Thru” from Transamerica
Winner: “It’s Hard Out Here Being a Pimp” from Hustle and Flow
Dolly Parton misses out again despite performing on the show.

Sound Editing
Predicted: War of the Worlds
Winner: King Kong
Well it is never easy to call the technical awards like this as a lot of it is down to personal taste and impact rather than a considered opinion. Jackson’s movie makes up for its under-performance at the box office with the first of three awards.

Visual effects
Predicted: King Kong
Winner: Kong
That rounds up a trio of technical awards for the $200million movie and goes some way to representing good use of all the money.

Writing (Adapted Screenplay)
Predicted: Brokeback Mountain
Winner: Brokeback
No surprise here as one of the most moving pictures of 2005 picks up a writing credit.

Writing (Original screenplay)
Predicted: Crash
Winner: Crash
Again, no real surprise, but another award expected to act as a consolation prize Instead it means Crash ties with Brokeback, Geisha and King Kong with three awards apiece. No one saw that one coming.