Brothers of the Head Competition! 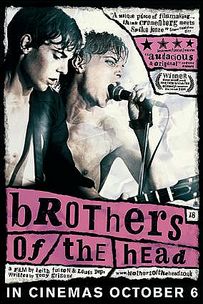 This Friday sees Tartan’s release Brothers of the Head, a startling work about the rise of conjoined twins Tom and Barry Howe from small-town isolation to the stages of the mid-seventies punk explosion. The film has an original basis in a true story, but takes off from Brian Aldiss’ book of the same name and the rock n’ roll ‘rags to riches’ and ‘live fast die young’ myths. Directed by Keith Fulton and Louis Pepe, the men behind Lost in La Mancha (2002) and The Hamster Factor (1997) and with a screenplay by Tony Grisoni (In This World (2002), Fear and Loathing In Las Vegas (1998)) the film has already been causing a stir at festivals, making the Official selection at Toronto, opening Berlin and winning Edinburgh’s Michal Powell award, its explosive story offering much to laugh at and dance to, alongside some pretty powerful drama.

To celebrate the UK theatrical release, zap! bang! and Tartan are offering you the chance to get your hands on one of five copies of the limited edition EP from the brother’s band in the film, The Bang Bang, with music written by top producer Clive Langer (The Teardrop Explodes, Elvis Costello, Madness). All you need to do is email zapbang(at)zapbang.org with your zapbang username, real name and a delivery address and the subject title ‘Brothers of the Head Competition’. The closing date for entries is midnight on Sunday 15th October and winners will be picked at random from all entries sent in before then. Love film? Love music? Fancy something a bit different? Like a bit of punk? Good luck! 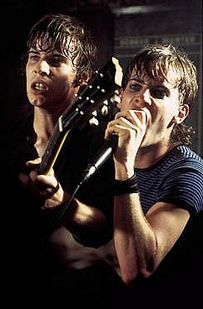