The last word on synthesizers

London-based musician, artist and author Oli Freke launched Synth Evolution back in 2017 to chart the history of classic synthesizers. His work led to him being commissioned to produce a version for the London Design Museum’s current exhibition, Electronic - from Kraftwerk to The Chemical Brothers, and now his celebrating the impact of synths on music and culture in his book Synthesizer Evolution: From Analogue to Digital (and Back).

We caught up with Oli to learn more about what he’s been up to since we last spoke to him (read that interview here), including producing a directory of every major synthesizer, drum machine and sampler made between 1963 and 1995.

When you have four or five hundred illustrations of synthesizers knocking about, along with their stats, one does wonder about other uses one could put them to.

When we last spoke to you in 2017, you’d just produced Synth Evolution, an artwork showing the timeline of each synth in chronological order. What response have you had to that initial timeline?
It’s been great - the synth world is maybe small, but it’s a very passionate community so something that sets out to celebrate the synth and synth music is always warmly received, which is really nice. In addition, the illustrations have been used for SynthFest|UK in Sheffield last year, and the virtual one this year. And it’s featured on an ‘artwall’ in Paris, so yeah, generally people have been really into it.

How have you been developing your Synth Evolution products since then?
I’ve produced a ‘greatest hits’ version which is smaller than the original - admittedly very large - poster. And I was honoured to be commissioned for a bespoke poster by the London Design Museum for their ‘Electronic - from Kraftwerk to The Chemical Brothers’ exhibition. I’ve also started using silkscreens printing which also gives them much better quality; that’s also allowed for some really nice limited editions to be made (currently a purple one is available!!)

Have you been able to get any feedback from the synth originators - either the people that made the machines or those who have put them to best use?
That’s a good question! One of the members of the actual Moog Foundation has one, I know that much, and that’s good enough for me! I’ve also been talking to Benge (Expanding Records) a few times as he makes these great albums featuring the sounds of just one vintage synth, so I think we have a slight obsession with synths in common!

And just having conversations with enthusiasts in really interesting; finding out what people are using and how much they care for their precious instruments. Some of which are nearing 50 years old, so really are becoming part of music history now. 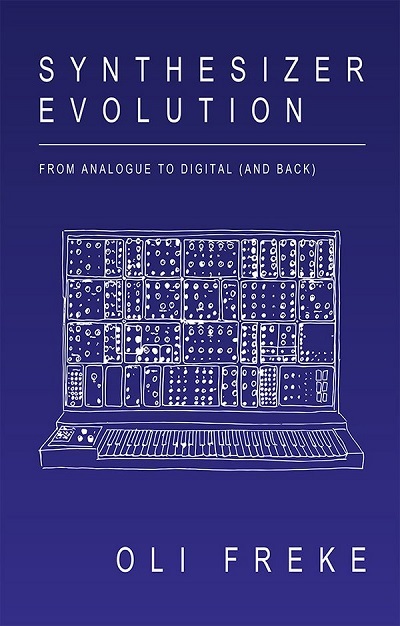 You’re about to publish a directory of every major synthesizer, drum machine and sampler made between 1963 and 1995 titled Synthesizer Evolution: From Analogue to Digital (and Back). How did the idea of publishing a book come about?
When you have four or five hundred illustrations of synthesizers knocking about, along with their stats, one does wonder about other uses one could put them to. And just at the right time I came across Velocity Press’ books - first Bleep and Bass - a history of the Sheffield Bleep Techno scene - like LFO and Nightmares on Wax, and then their very good history of jungle and drum & bass - State of Bass.

I thought - “Hmm, here’s a publisher of books about contemporary dance music and electronic music scenes, I wonder if they’d be interested in a geek-tastic book of the history of synths?” And lucky for me they agreed!

How did you go about collecting the technical statistics for each?
Well, I did already have stats for the synths on the posters, but I needed to do even more to really complete the collection (especially as the poster doesn’t include samplers or drum machines).

So I needed to fact check them all again, plus the new ones. Quite a task. In theory you can find all this info on the internet, but once you really start digging, you find that often different sites disagree about manufacturing dates, number of oscillators and basic facts.

Luckily one can also find a lot of the original manuals online and reading those will deliver the truth! (assuming the manuals are correct..!) Also back issues of Sound On Sound and Music Technology come in very handy at this point and various other reference books that have been published over the years. I have a very big spreadsheet as a result!

One of the hardest things though was something you’d think was a fairly basic stat - the maximum sampling time of sampler.

Were there any that proved to be challenging?
I don’t think there were any that were completely impossible, there’s usually a source somewhere in the end. One of the hardest things though was something you’d think was a fairly basic stat - the maximum sampling time of sampler. Even really popular ones like Akai S1000 are hard to find (though I can basically remember that one from using it a lot in the 90s!).

You’ll often find a review saying something could sample for 20 seconds - but not at what bitrate, or if it had the bitrate, not whether that was mono or stereo sampling. These things are important! 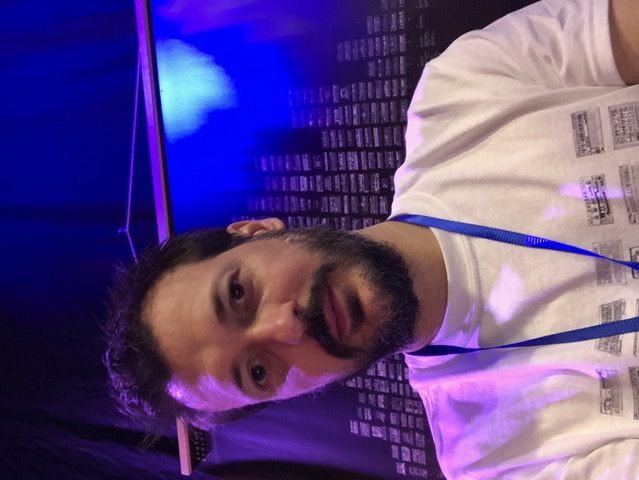 You’re also including quirky facts about each. Do you have any favourite facts?
Absolutely - I will never cease to be staggered by the cost of the memory expansion boards for the Synclavier II, an early sampler from 1980 - brace yourself - £15,000 for 16MB. Sixteen megabytes! Fifteen thousand pounds! Just bonkers. Shows how desperate people were to take advantage of this new tech for music. You can hear a later Synclavier on Kraftwerk’s ‘Electric Cafe’. All those clean digital samples - it does sound great, admittedy!

Another fact I enjoy were the stories of all the 1970s manufacturers suing each other over patent infringement. Moog sued ARP for copying their filter (even though ARP had cunningly hid their filter in epoxy resin so it was very hard to open). But then ARP had a claim against Moog so they both called off their suits. ARP sued Octave for copying elements in their synths. Roland had to update their SH-3 to the SH-3a to avoid a potential infringement. It was clearly a crazy time!

When writing your own music, what synths do you use and why?
I’ve been getting in the modular craze, like everyone else. Though have also been hooking my vintage synths to a modular sequencer. It’s really fun to get sequences running and tweaking settings on everything and recording the whole lot into the computer for compiling into some kind of techno madness later. It’s the way forward!

What comes next for Synth Evolution and your own productions?
Well, I had to stop the book at 1995 - it’s where they started making digital synths that could model analogue circuitry in software; so that felt like a good place to stop - closing the loop of Analogue to Digital (and back). But of course, that does open the door for the next twenty years up to the modern day! Though I believe there are over 5,000 modular units now available in the Eurorack format, and that might be a little too much to contemplate just yet!

But now the book’s done, I might even have some time for music again, which will be nice!

Synthesizer Evolution: From Analogue to Digital (and Back) is out next month. To order, go to velocitypress.uk. For more of Oli’s synthesizer histories, head to synthevolution.net. You can also explore how many of these synths sound at synthsounds.net. 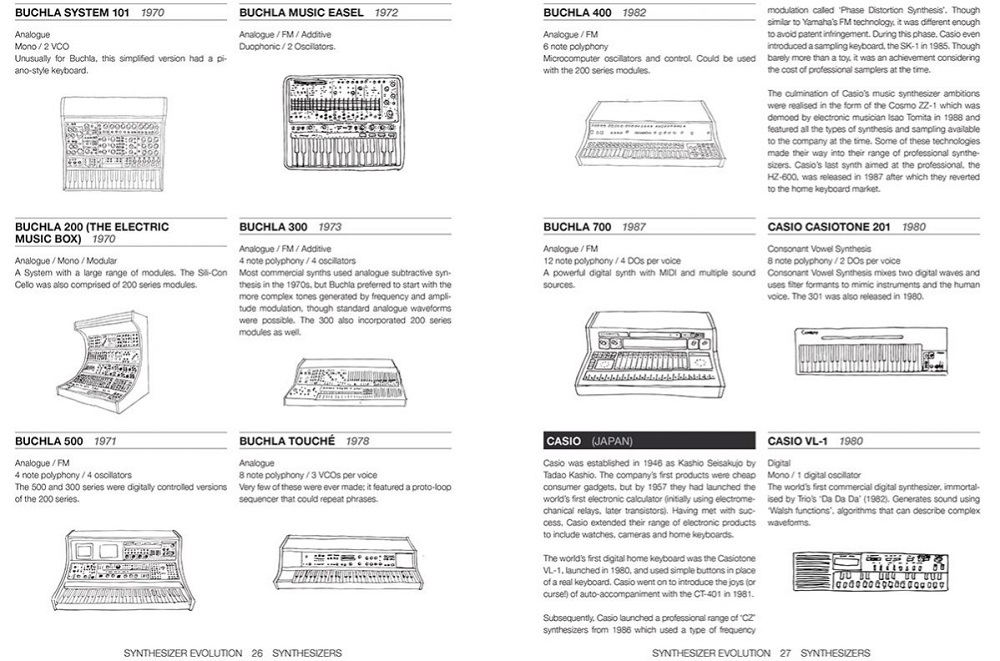