How do you know something is alive? Until 28th August The Roundhouse, London, houses a new art installation by Random International that poses the question. Suspend disbelief, and observe at close range a mysterious flock of giant floating orbs. More questions arise than answers: What are they? How are they moving? Are they friend or foe? 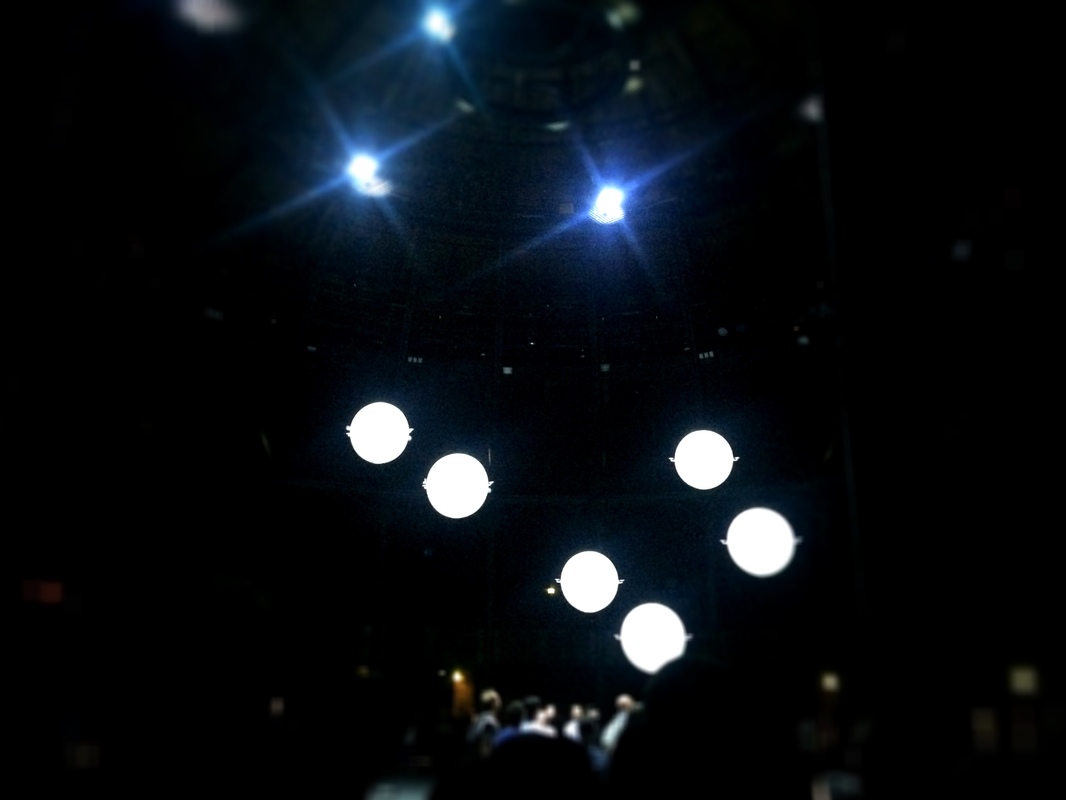 Spoiler alert! They may be remote controlled drones inside big white balloons, but what the collaboration between Wayne McGregor and Random International has birthed is more than the sum of its parts. The soundtrack, using existing and new material, compliments/induces feelings in me that oscillate between awe and…not exactly fear, more like low level anxiety, compounded by not knowing where the herd were going to move next. Above the music is the constant whir-and-stop of the motors driving the rotary blades that surround each orb, a persistent reminder of their mechanical nature.

Add in the third element of striking dance by Royal Ballet Resident Choreographer Wayne McGregor on performance nights, and you have a beguiling display of the space occupied by dancers both human and non-human. Four new pieces of music were created by Warp Records’ Mark Pritchard and label-mates Gaika, Clark, and Lorenzo Senni. The dancers were dressed in simple black underwear with body make-up denoting if they were “plus” or “minus”. Boys with slicked back hair, and girls with high ponytails and short pink-coloured crops, danced in black trainers that wouldn’t look out of place in a music video. Given McGregor’s work choreographing for Radiohead and The Chemical Brothers, this makes sense. He is also known for bringing contemporary music into the traditionally classical world of ballet, using songs from The White Stripes and commissioning new pieces from Jamie xx. Joining forces with Warp, one of the most creative independent labels, strengthens his reputation for multi-disciplinary pieces that attract new audiences.

The dancers begin individually around the edge of the large circular stage, entering to dance solo, together, or just passively observe like the orbs above. By the fourth act, groups form, break apart and reform, now fully aware of their airborne neighbours sharing the space: some groups shun and others gesture to them. As the last dancer leaves the stage, the orbs survey the scene, then float off to a darkened space in the eaves where they nestle down to rest. The animal analogies are intentional, as the installaion is entitled “Zooilogical” and the drone pilots referred to as “zoo keepers”. After the performance we were allowed onto the stage in small groups to experience what the dancers had. With selfies taken and videos filmed, there were audible groans when our allotted time was up and we were ushered out; such was the pull of these strange, beautiful beasts.