Bombay Bicycle Club, Catfish And The Bottlemen, The Kooks and Blossoms will headline Truck Festival. The 23rd edition of the event will run from Thursday, July 30th to Sunday, August 2nd at Hill Farm in Steventon.

Festival organiser Matt Harrap said: “We’re extremely excited to announce our first wave of artists for this year’s show! Having artists of the calibre of The Kooks and the forever requested Bombay Bicycle Club coming to headline the event after many years of asking is truly humbling. Their sets will no doubt live long in the memory.

“And over the moon to have indie heroes Catfish and the Bottlemen return to Truck to close off Sunday night! I’m also thrilled to have Shame back in 2020 after being unable to perform last year, La Roux closing our Market Stage and, of course, indie royalty The Pigeon Detectives in the Nest.”

For tickets and details go to truckfestival.com. 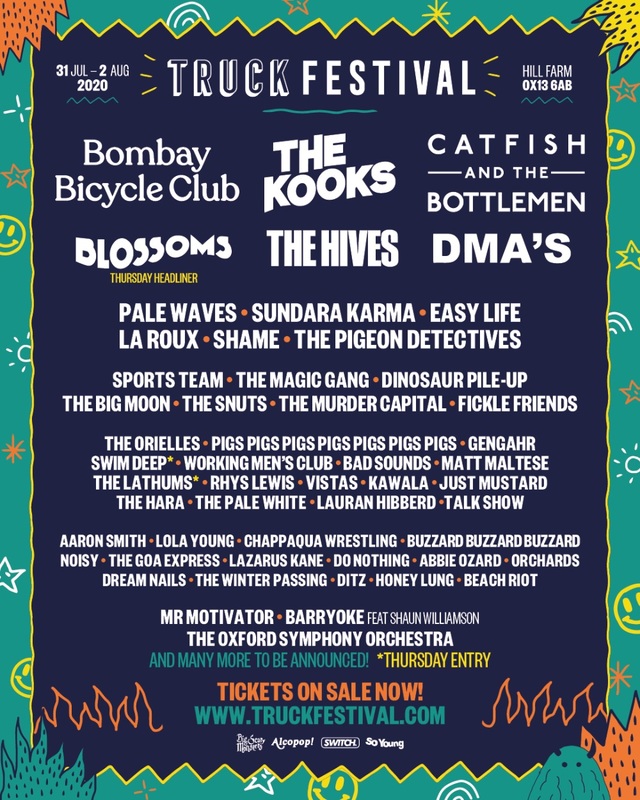