Bombay Bicycle Club will headline a day at All Points East and Thom Yorke will join Massive Attack’s day as a special guests. The event in London’s Victoria Park has confirmed Bombay Bicycle Club will top the bill on Friday, May 22nd joined by Loyle Carner, Lianne La Havas, Everything Everything, Nadine Shah, Nick Hakim, Nilüfer Yanya, The Orielles, Gengahr and Liz Lawrence.

Thom Yorke will join the Massive Attack line-up on Sunday, May 24th as a special guest. His solo performance with piano will feature tracks from his own back-catalogue as well as Radiohead. Thom was invited personally by friends Massive Attack to accompany them. Alfa Mist and Jacques Greene have also joined the line-up.

For tickets and details go to allpointseastfestival.com. 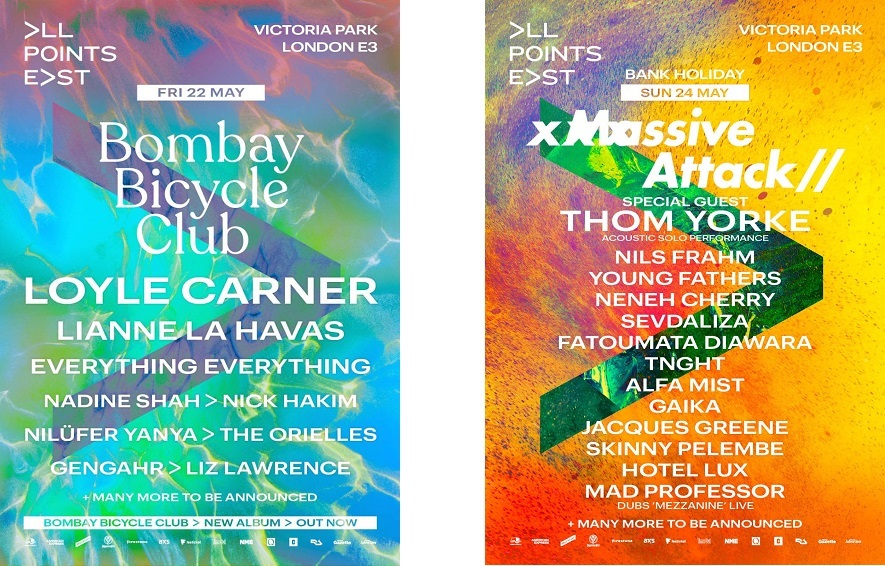