The Hydra return to the August bank holiday weekend for three consecutive days at Printworks London. Larry Heard, Jeff Mills, Nils Frahm, Helena Hauff, Model 500, Carl Craig, DaM-FunK, Willow and Logic1000 will perform on the dates that started The Hydra off back in 2012. We take a look at each show in more detail below. 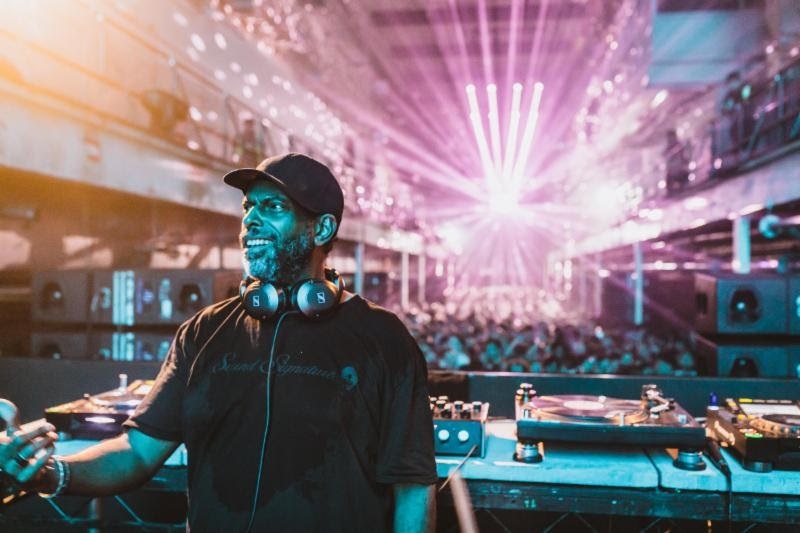 The Hydra Bank Holiday August Weekender at Prinkworks London kicks off with two live sets in the Live Hall from admired acts: Nils Frahm and Tom Middleton. Nils Frahm first played the Hydra back in 2013 at Village Underground. Then the German composer who brings together the classical and the electronic was an emerging artists, now he’s a renowned artist who’s played sold out shows at the Eventim Apollo and the Barbican. Expect to be wowed by his talents on the keys married with synthetic sounds to create immersive soundscapes.

Support comes from an ambient experience marking the 25th anniversary of 76:14 by Global Communication, aka Tom Middleton and Mark Pritchard. Titled after the total length of the album, each track was similarly titled by its length with the duo explaining their intention was to give the listener the opportunity to interpret the music according to their imagination. Tom Middleton has put together a full, bespoke performance of this seminal record. 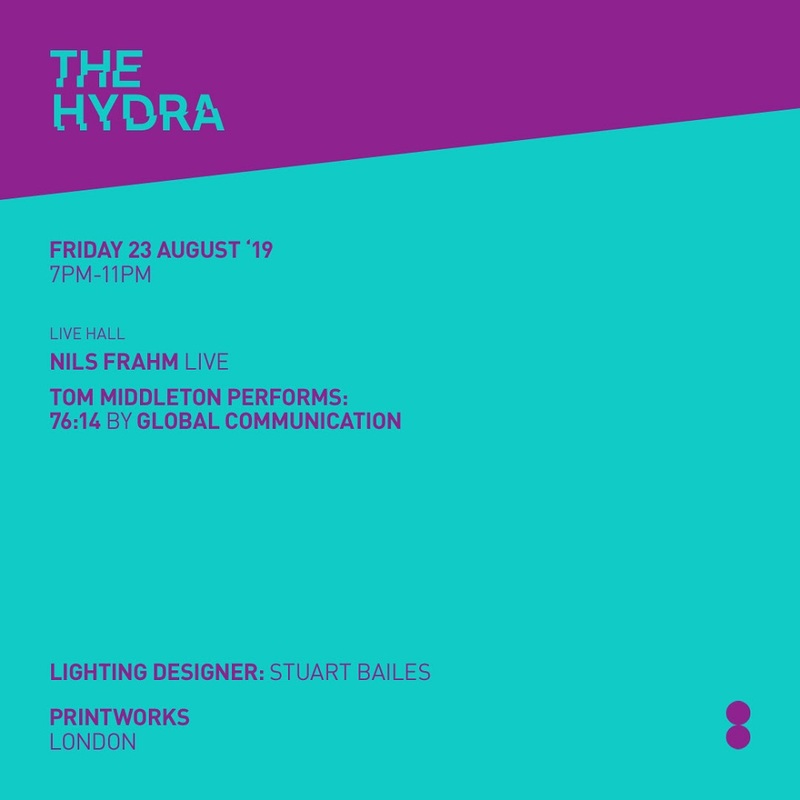 Printworks London stays open until 2am for the first time with The Hydra, inviting Jeff Mills back for another headline performance behind the decks. Another techno innovator, Juan Atkins, will bring his Model 500 live show to the Print Halls while fellow Detoit native Terrence Dixon will also make the trip for a live debut in the UK.

German techno and electro flavours will be provided by Helena Hauff and Ben Klock, the latter very familiar with the Press Halls thanks to his Photon parties there. A first splash of American vibes will come from LA’s Mor Elian on warm up duties for the early arrivals.

The Dark Room will be more of a varied affair with Damiano Von Erckert making his debut with The Hydra and series regular David Moufang, aka Move D providing typically eclectic selections. Workshop affiliate Willow returns to the Dark Room while NTS’ DEBONAIR kicks off the music. 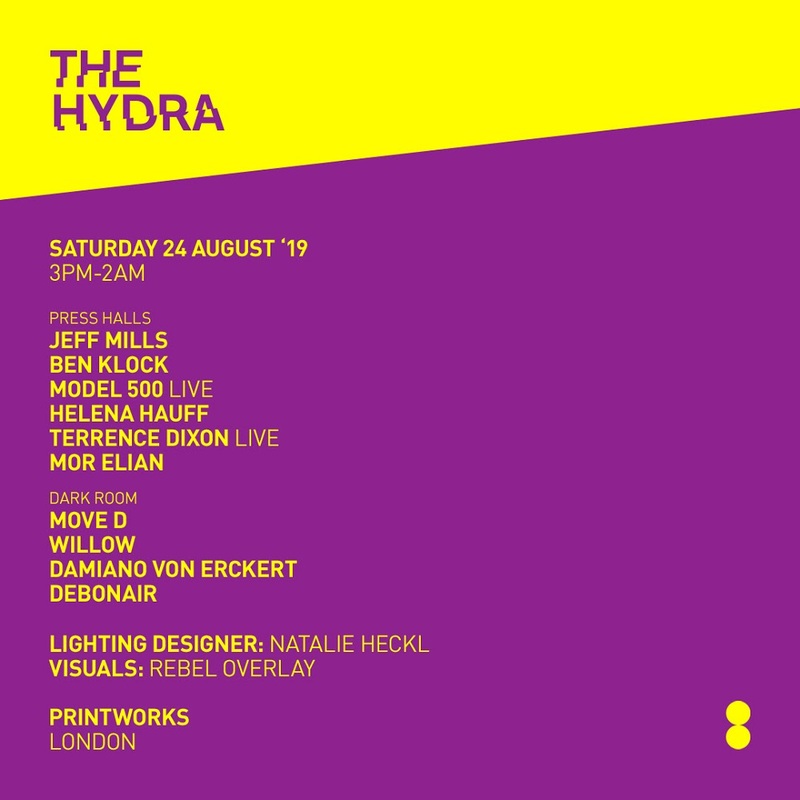 The third and final show of the weekender will see Mr Fingers, aka Larry Heard, headline the Press Halls with a live set accompanied by Fatima and Paul Cut. Armed with seminial house tunes such as ‘Can You Feel It’, ‘The Sun Can’t Compare’ and ‘What About This Love’, his set is sure to tap into his back catelogue in what will be his only London show of 2019.

Main support comes from fellow Detroit royalty in the form of Carl Craig, Moodymann and Theo Parrish. Each unique in their take on what keeps a dancefloor moving, expect an education. Further support will come from DaM FunK with a live set plus The Hydra’s Dolan Bergin on warm-up duties.

The Dark Room will will see Lefto team up with Brownswood alumnus Joe Armon-Jones plus an intriguing set from Australian electronic wunderkind Samantha Poulter, aka Logic1000. Fans of Hydra staples such as Four Tet, Daphni or Floating Points may have heard the garage refrain of her ‘DJ LOGIC PLEASE FORGIVE ME’ tune from her debut EP. Ash Lauryn and Sofie round out the second space’s line-up 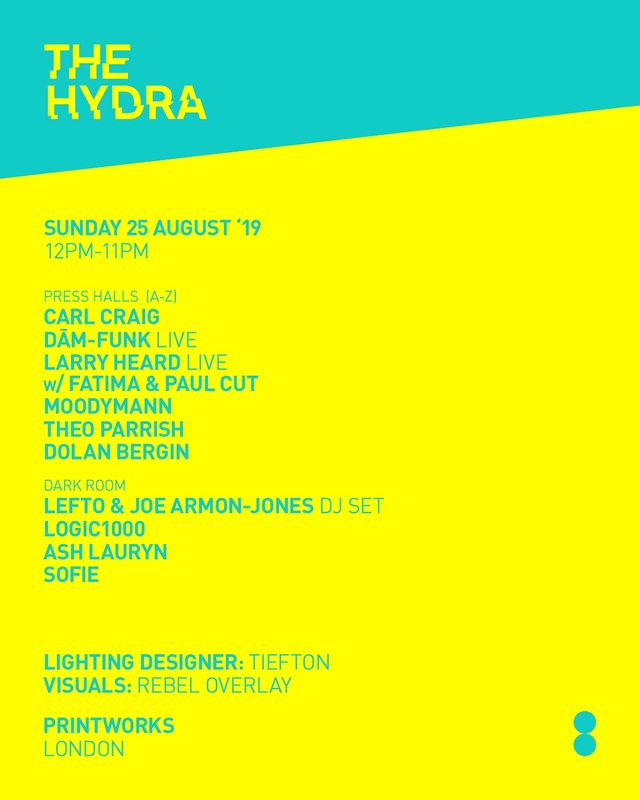