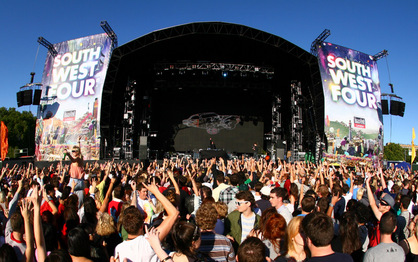 Back when the sun was shining and snow around Christmas time seemed as unlikely as ever, Clapham Common’s came alive for South West Four. Over two days Armin Van Buuren and Fatboy Slim headed up a line-up of top DJs and live acts including Carl Cox, Vitalic and Steve Aoki. Next year’s event has been confirmed as taking the usual bank holiday slot of Saturday 27th and Sunday 28th August 2011.

The organisers promise SW4 will return bigger and better than ever before, with two colossal headline actsto be revealed soon. The pre-sale ticket registration for SW4 2011 has now opened. To get first access to tickets once on sale please sign up now at www.southwestfour.com.