Organ Reframed returns to London’s Union Chapel for its fourth year in March. On Friday, March 27th and Saturday, March 28th the festival dedicated to modernising the perceptions of the organ will feature performances, talks, masterclasses, an interactive soundscape and family-friendly workshops.

The Saturday afternoon will see the Chapel transformed by sounds and rhythms echoing the seasonal shift of the Highland year. A free installation by Chris Watson and Claire M Singer will feature the wind, weather and animals of Scotland. These sounds will interact with the organ played by James McVinnie, Katherine Tinker and Jacob Lekkerkerker.

The festival concludes on Saturday evening with the world premiere of ‘Voci del Vento’ by Chris Watson and Claire M Singer. This collaborative work will combine organ, field recordings, modular synths, the London Contemporary Orchestra and Choir to transport audiences on an epic journey from pole to pole.

Chris Watson, is a founding member of the influential experimental music group Cabaret Voltaire. He is famously known for his recording of wildlife sound for David Attenborough’s documentaries and his work on Grammy-nominated Chernobyl. Claire M Singer is known for her experimental approach to the organ and for her critically-acclaimed releases on the label Touch.

For tickets and details go to unionchapel.org.uk. 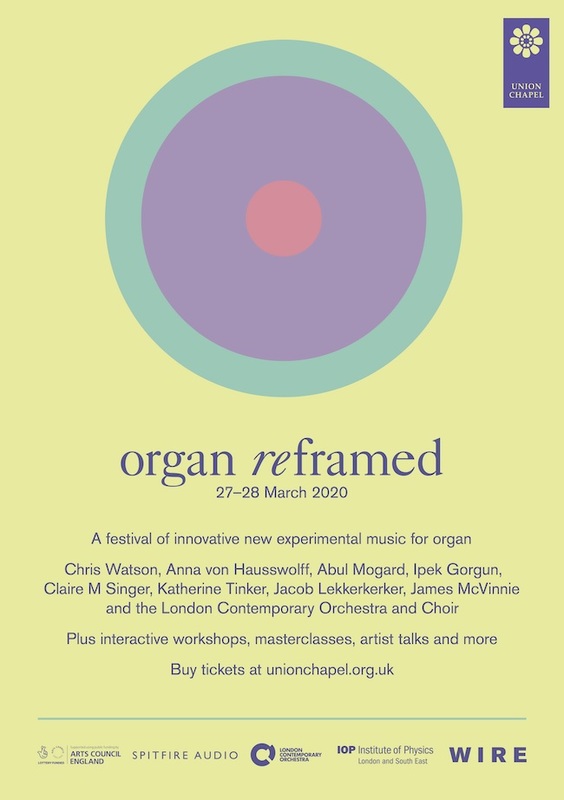