Kent-based drum & bass don Macky Gee, part of SaSaSaS, released album Sway in 2016 and made it into the Official Top 20 charts in the UK and Europe. Bru-C is Nottingham born and raised, and has collaborated with acts such as Skepsis, D Double E and Darkzy.

Joining them in the BassJam room is a selection of local DJ talents, with Escape Events very own Matt Thiss next up followed by Smoggy and Mat Canning. The second room of music, hosted by Escape Events, will be entertained by Summer J, Michael Conroy, Dave Lee, Ash Woods and Blezard.

For tickets and details go to Skiddle. 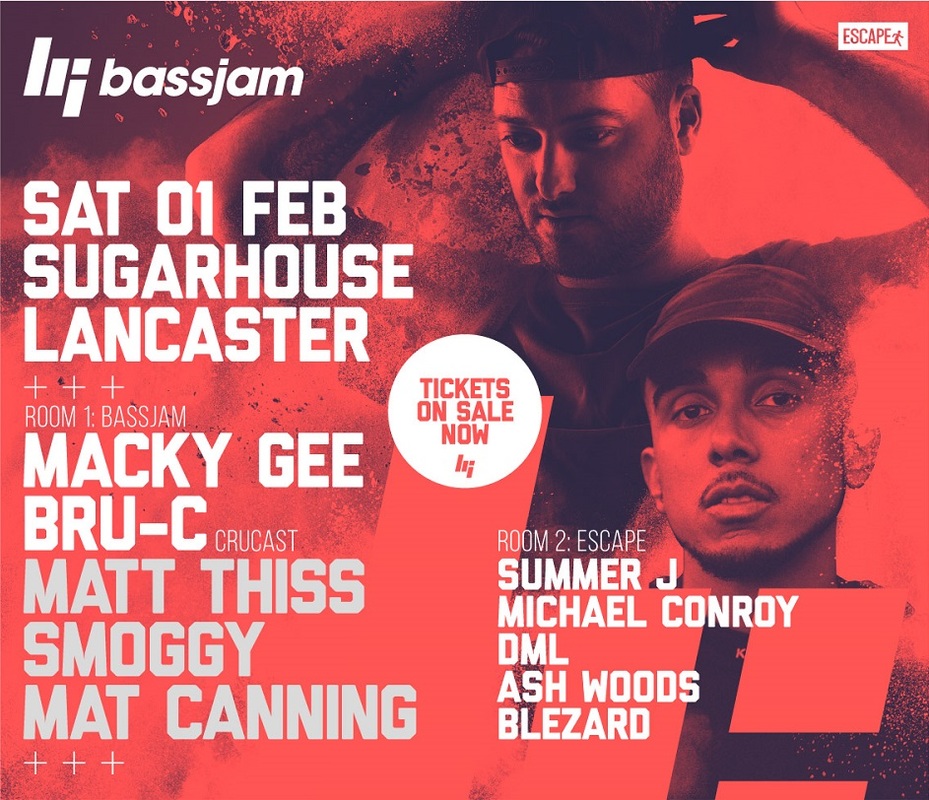