The main stage on the Saturday will be headlined by Orbital with support from Krept & Konan, DJ EZ, a Gorgon City DJ set, Young T & Bugsey and The Vision. The Centre Stage will see Fisher bring his Catch And Release imprint in for a takeover featuring Skream, Folamour, Monki and Afrodeutsche.

The Blast will get control of The Lonely Hearts Club with Shy FX, M Huncho, Kings Of The Rollers, Flava D, Joker b2b Sir Spyro and P Money. A headliner is still to be announced for The Paradiso Stage, but D Double E, Greentea Peng, Br3nya and Kilo Jugg are confirmed.

RUN will be given the keys to the Lonely Hearts Club with Andy C, Roni Size, Camo & Crooked and Turno plus MC’s such as Tonn Piper and Dynamite. The Paradiso Stage turns to Musu for Sunday with Helena Hauff, Call Super, Craig Richards b2b Nicholas Lutz, Hodge and Danielle.

The full line-up so far is below. For tickets and details go to lovesavestheday.org. 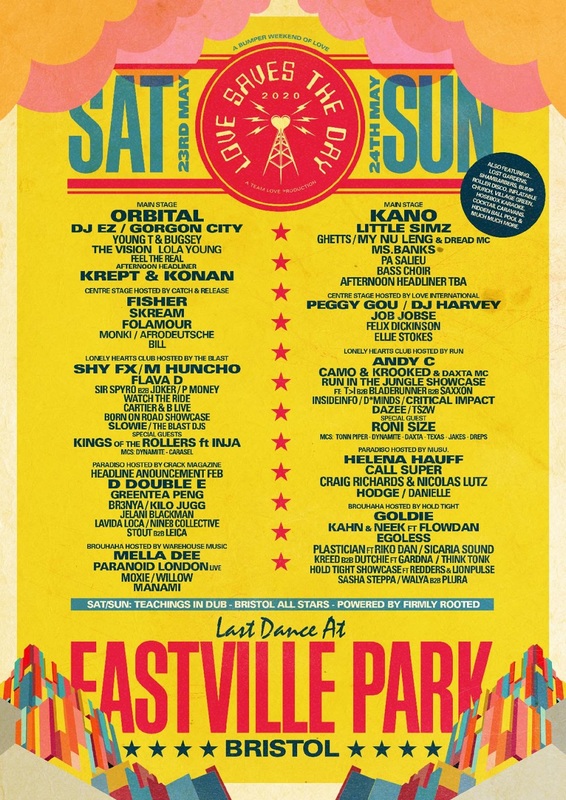