MK, Claptone and Danny Howard are among the first acts revealed for London’s LOST! in the Dock. Debuting at Tobacco Dock on Saturday, March 23rd, the indoor music festival will also see sets from Franky Rizardo, Sante, Max Chapman and Weiss.

A partnership between LWE and HotBox, the party will run from 12noon to 10.30pm with MK bringing his Area 10 brand. More acts will be announced soon.

Access the ticket pre-sale by joining Messenger collective. For details go to hotbox.events. 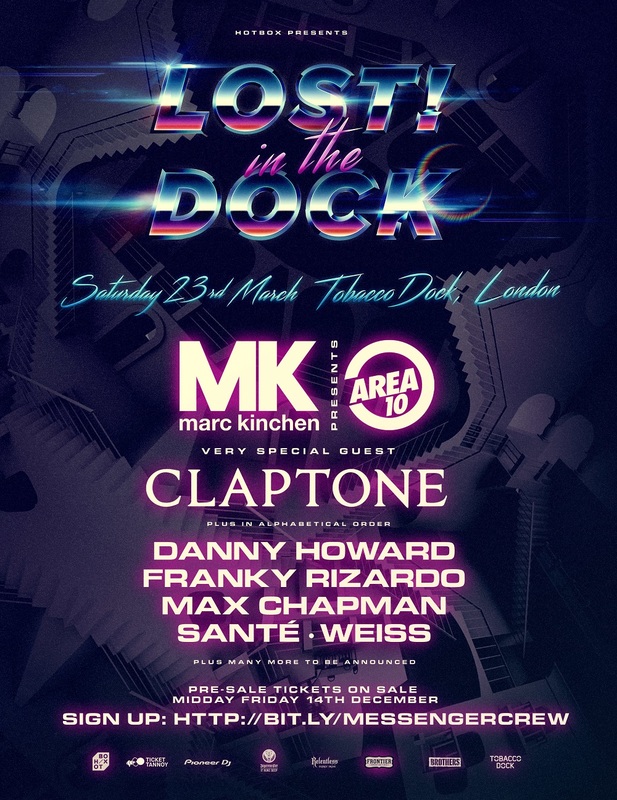