Foals, Stereophonics, Supergrass, Primal Scream will headline the 15th Kendal Calling. This year’s festival at Lowther Deer Park in The Lake District will run from Thursday, July 30th to Sunday, August 2nd with the theme ‘Kendal goes to the arcade’ and comedy on the main stage for the first time with Bill Bailey.

Festival Director Andy Smith said: “This is it! This is our most staggering lineup yet, to celebrate our 15-year journey. We have been trying to get Foals on the bill for many years, and it’s long been a dream to have Supergrass and their very large back catalogue of hits joining us - the first album I ever bought! But what would a birthday party be without old friends?

“We are happy campers indeed knowing that Stereophonics, Primal Scream and Dizzee Rascal will be joining us in the fields. The music is only part of the fun - this year more than any other we’re really ramping up immersive activities and games right across the park and very excited to be announcing a whole lineup of new areas, venues, activities and events over the coming months. Roll on summer!”

For tickets and details go to kendalcalling.co.uk. 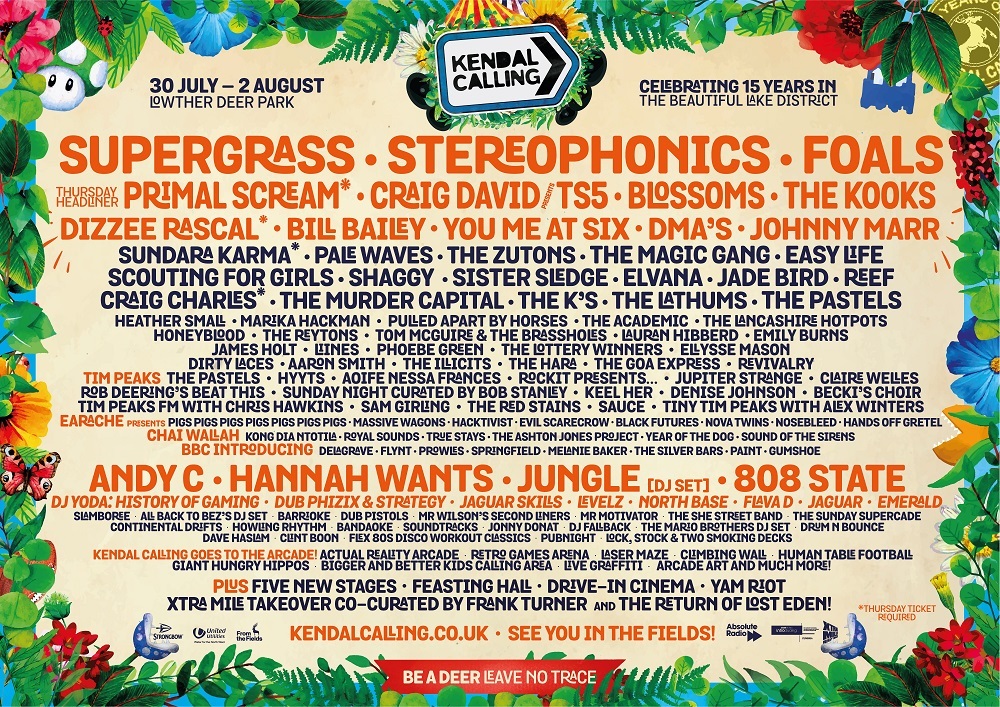