Promoter Revo said: “It’s a wonderful feeling to be announcing a further two FestEvol events for the region at the much loved Invisible Wind Factory venue. We’ve had an enforced 18 months out the game and I’m encouraged that consumer confidence in live music has returned.

“These events are tailor made to showcase some of the brightest and best artists in the country under one roof with a beautiful supporting cast of the best groups from the region and beyond. Both Saturdays are going to be an incredible experience, it’s everything we’ve missed for so long and more.”

For tickets and details go to the Festevol Facebook page. 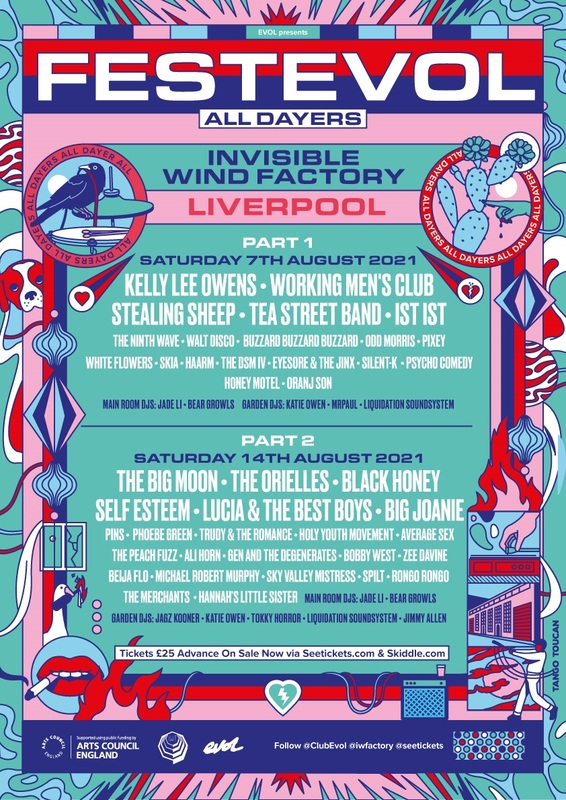