The Independent Label Market returns to London for its Christmas edition on Saturday, November 30th. Together with the Association of Independent Music (AIM), the market will be at Coal Drops Yard in King’s Cross with the London Brewers’ Market.

There will be a charity auction for War Child’s Winter Appeal including a rare Thom Yorke Anima preview 12inch, plus more prizes to be announced.

Rich Clarke, Head of Music, War Child UK said: “A huge thank you to the Indie Label Market for raising vital money to support children affected by conflict across the world. And an equally massive thank you the labels generously donating super rare vinyl to the ILM charity auction. War Child hugely values the support and the continued dedication of music fans to its cause. Together we can continue to protect, educate and stand up for the rights of children affected by conflict.”

ILM’s other main partner for the London Winter event is the London Brewers’ Market which will be representing quintessential names in the London independent brewery scene. There will be label DJ sets throughout the day in the beer garden.

For details go to independentlabelmarket.com. 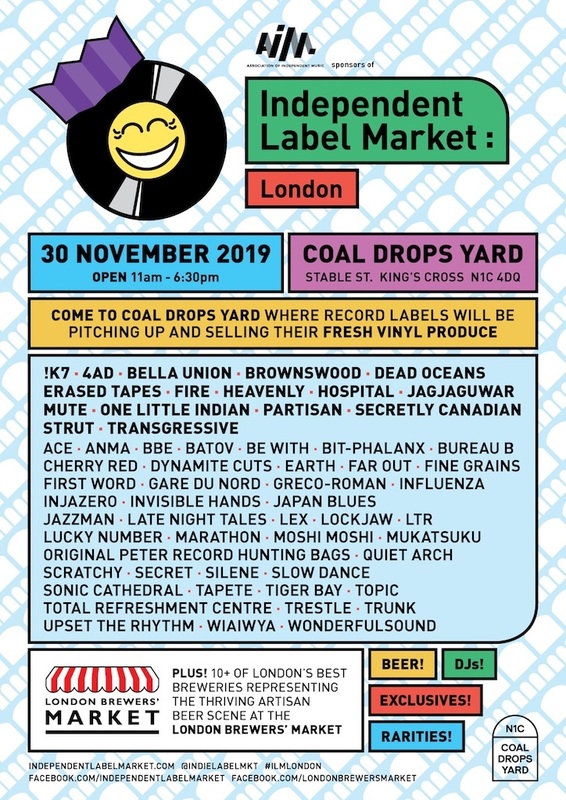