Jane Weaver will be dropping in from 2pm for signings of latest album Loops In The Secret Society on the Fire Records stand, similarly DJ Yoda and Skinshape will be at the Lewis stand in support of their recent LPs. They will be joined by the illustrator of Yoda’s album Ben Connors who will be hand drawing one-off LP sleeves on the day.

PIAS will present limited editions by Beyond The Wizard’s Sleeve, John Grant, Let’s Eat Grandma and more. Campus Records will showcase paintings by visual artists Bob and Roberta Smith who are currently showing at the Royal Academy with their debut album due in September.

ILM runs from 11am to 6.30pm. There will be after parties at Spiritland and their new sister venture SUPERMAX in the evening. 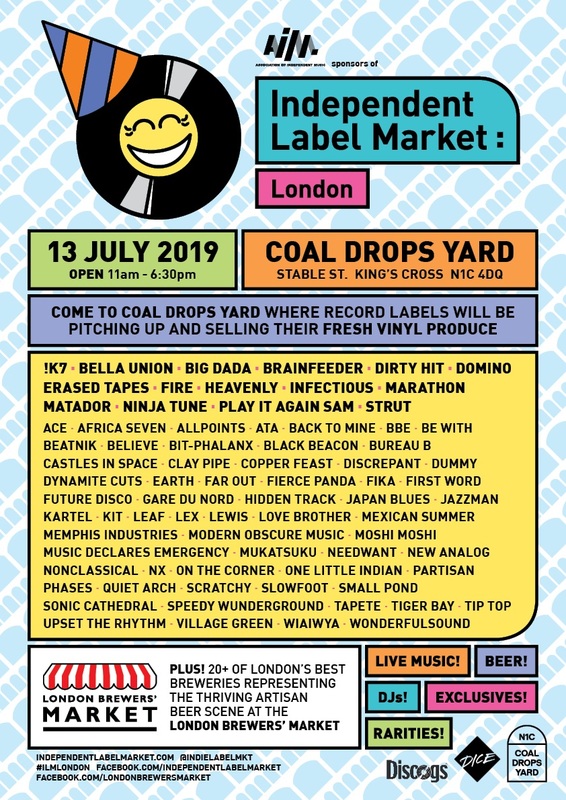