Houghton Festival to return in 2020

After a cancelled editon in the summer, Houghton Festival will return next year from Thursday 6th until Sunday 9th 2020. First dibs on tickets will go to this year’s ticket holders via a private pre-sale. After one month, remaining tickets will be made available to all.

Director Craig Richards said: “As you are all painfully aware, on the morning of Thursday 8th August 2019 we were forced to bow to mother nature in the face of an unusually vicious storm. This year was to be the third in Houghton’s powerful and already well defined history. The strength of spirit created by the festival cancellation was a symbolic reminder of the integrity and resilience that exists within the electronic music community. Given the unprecedented circumstances we had no alternative but to stop the event ahead of the impending storm. Safety and wellbeing are of utmost importance, there is no justification for risking human life. The festival simply could not happen…

“Obviously, the consequences were devastating for all concerned. Our greatest fear, given the unpredictability of British weather was that having cancelled the event the storm would not strike as predicted. Such was not the case as the storm was far stronger than predicted, with ferocious winds realising incredibly dangerous speeds.”

He added: “An enormous amount of work goes into the creation of Houghton. After many months of planning, preparation and subsequently building, the festival site was presented in all it’s glory. Suffice to say dismantling it immediately after building it was indeed surreal. That said we are confident that the decisions made at a time of extreme challenge were utterly correct. We take great pride in our reputation and have made every effort to recover swiftly and with dignity. Understandably, the aftermath has been extremely complicated but by navigating the cancellation process thoroughly and in a professional manner.

“We feel this extraordinary debacle has now reached a satisfactory conclusion and are delighted to announce that the festival will take place next summer.

This year each guest was due to be given a book about the festival, put together with The Ransom Note, upon arrival. All ticket holders can collect a copy in person for free by presenting proof of the original ticket purchased through Resident Advisor by Friday, October 18th. Outlets are Phonica, Rye Wax (both London), Rubadub (Glasgow), Tribe Records (Leeds), Piccadilly Records (Manchester), Cafe Artum (Birmingham), Idle Hands (Bristol), The Love Inn (Bristol), Forever Records, Rough Trade, Contemporary and Montana (all Nottingham).

Anyone unable to get to a store can collect their book online by purchasing a record via Juno Records or at ransomnoterecords.bandcamp.com 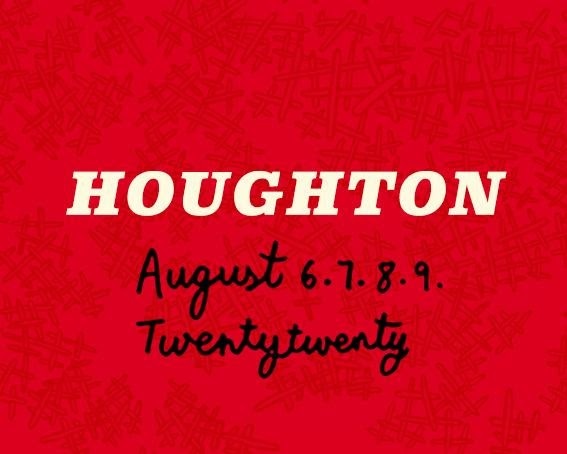