First acts for The Haçienda at Tobacco Dock

Masters At Work, Juan Atkins, Kevin Sanderson and Derrick May are the first acts to be revealed for FAC51 The Haçienda at Tobacco Dock. The three room takeover of the East London venue will be hosted on Friday, April 2nd with the Manchester club’s famous Nude, Hot and Flesh nights taking a room each.

The Masters At Work of ‘Little’ Louie Vega and Kenny ‘Dope’ Gonzalez will headline the Nude night in the Great Gallary. Expect a mix of disco, soul and funk via the New York house sound they helped shape.

Over Detroit legends and often referred to as The Belville Three of Derrick May, Kevin Saunderson and Juan Atkins will play a six hour set for Hot in the care park to showcase the techno stylings they pioneered.

A special guest will headline Flesh’s 30th anniversary as the LGBTIQ+ party takes over the skylit Terrace. 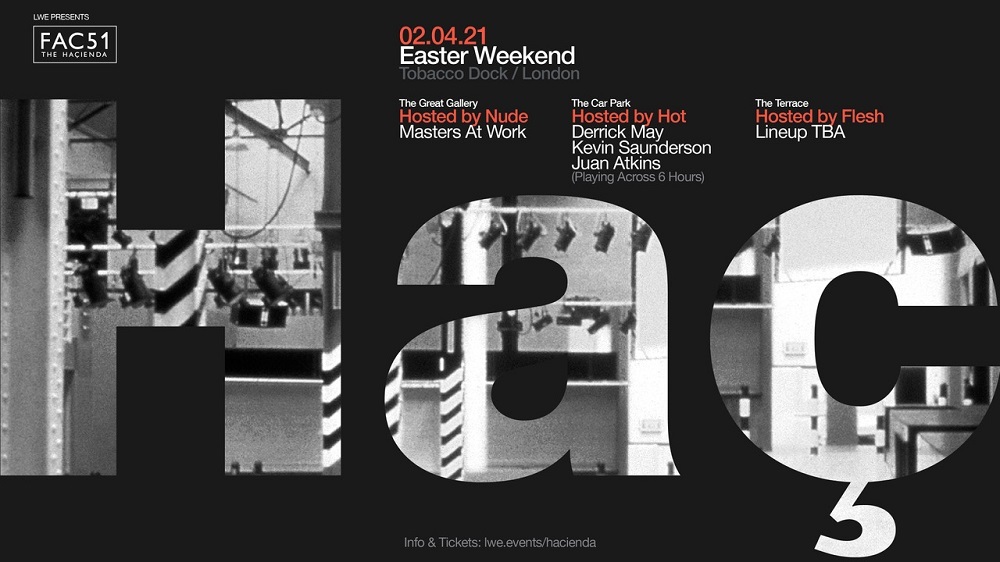