Moodymann, 808 State, Jayda G and Optimo are among the first acts confirmed for Kala Festival 2020. The event returns to Dhërmi with DJs, live acts and residents from Wednesday, June 10th to Wednesday, June 17th.

The Gjipe Residents will be Brian Not Brian, Jan Schulte, Jamie Tiller, John Gómez, Lauren Hansom and Nick The Record. Kala’s music partners will be Secretsundaze, Phonica Records, Stamp The Wax and Feelings.

More acts will be announced in the coming months.

The last tier of tickets for Kala 2020 will be released in January. Join the waiting list for priority access at kala.al. 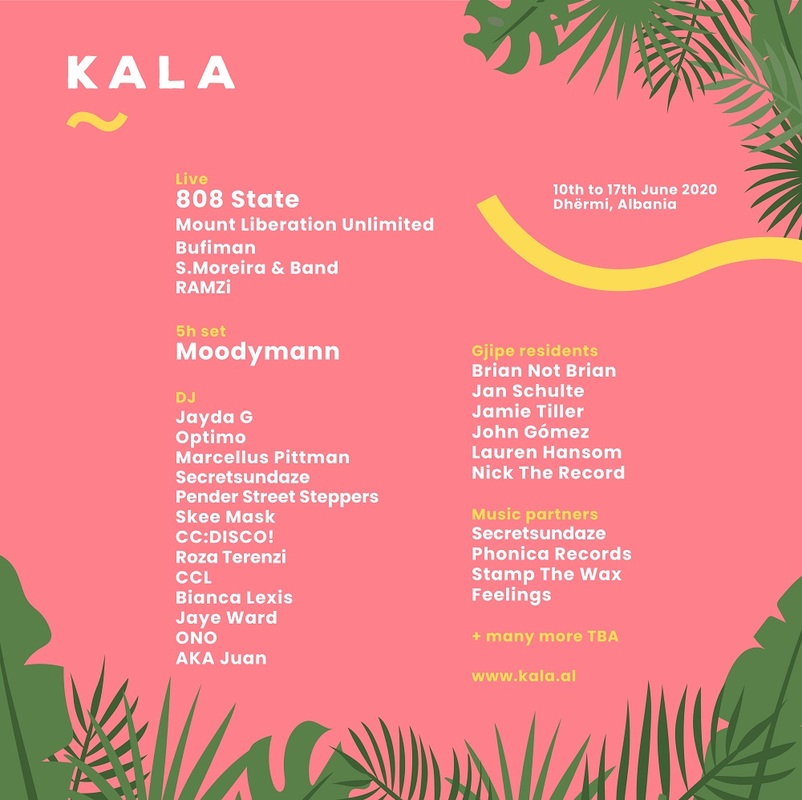