DJ EZ, Sasha, Flava D, Alan Fitzpatrick and Lethal Bizzle are among the first acts confrimed for Arcadia London 2019. The giant spider returns to Queen Elizabeth Olympic Park on Saturday, May 4th and Sunday, May 5th for its only UK appearance of the year with an evolved Metamorphosis show, a new incarnation of Arcadia’s 360 degree immersive indoor experience The Reactor, the six-wheeled amphibious Bug plus new sculptures, installations and performances.

More acts will be announced soon.

Pre-sale tickets will be released on Thursday, December 13th at 10am. To gain access register at arcadialondon.co.uk. 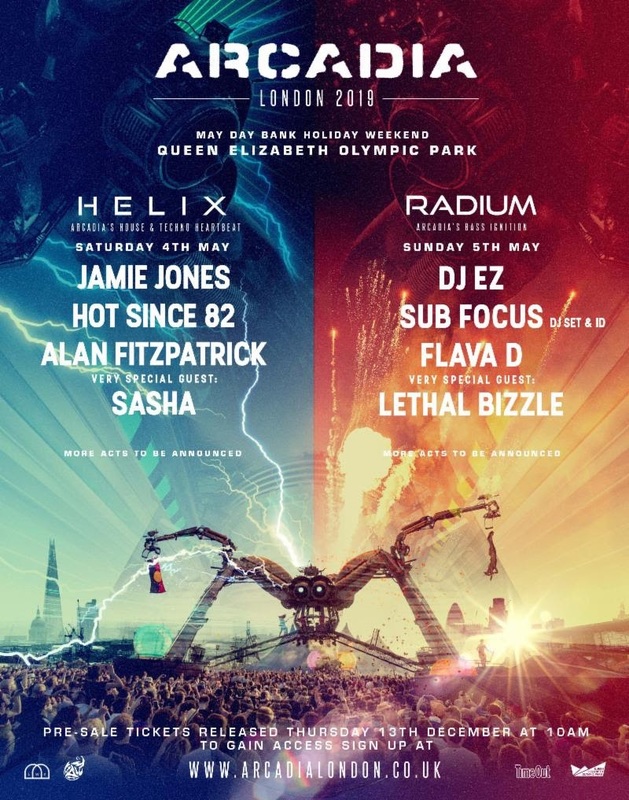