The weekly streams will run until Sunday, April 25th with the shows raising donations for the Music Venue Trust (MVT) to support struggling grassroots music venues around the country. The artists will stream live from venues including the Royal Albert Hall, V&A, English National Opera at The London Coliseum, Round Chapel and Tower Bridge. Head to fabriclondon.com for details.

Cameron Leslie, fabric Co-Founder & Director, said: “We are grateful to the Arts Council England for their support and to our partner venues who made this possible. We also want to recognise the importance of the broader landscape of diverse music venues throughout the UK, many of which have not received similar government support, and encourage viewers to donate to the Music Venue Trust to help ensure that the UK’s music scene as a whole makes it through the pandemic.”

In addition to London Unlocked, fabric has announced activities to support creativity during these challenging times. Limited Edition, a new production masterclass series, sees artists discussing all things production with guests such as Grandmixxer & Uncle Mez and Facta & K-Lone. Check out the first episode on YouTube.

Their new podcast ‘Between the Noise’ invites creators to share the stories of what they do and what has influenced their craft. Listen back on Mixcloud.

For details about Unlocked, head to fabriclondon.com. 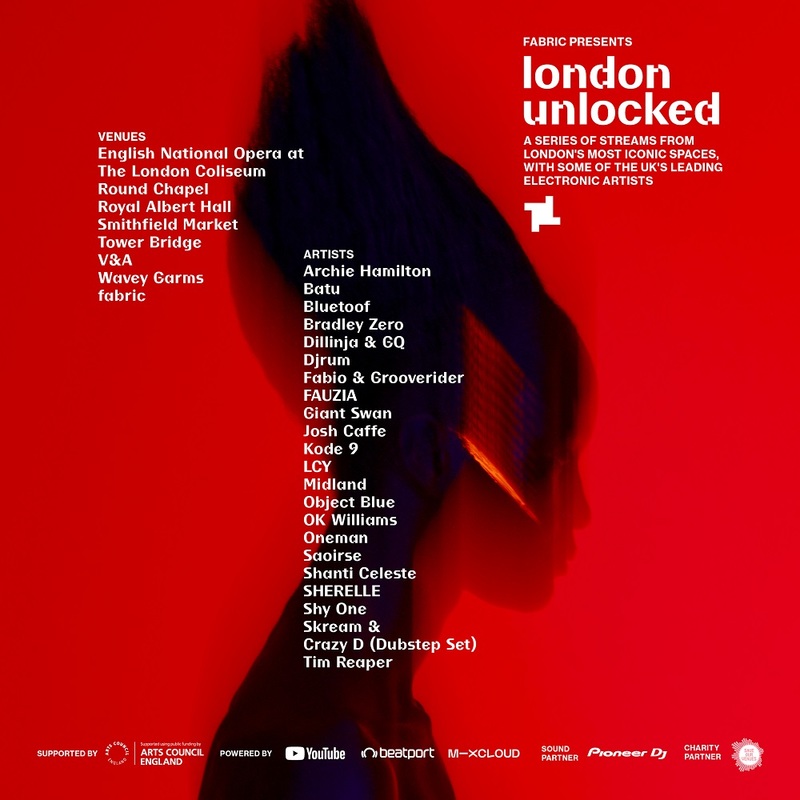