Elvin Zedo, Phil Hartnoll, wAFF and Roman Flügel will keep the Eastern Electrics Festival vibes going at the fabric afterparty. On Saturday, August 3rd the action will shift from Mordon Park to the Farringdon club as the music continues into the early hours.

Room one will see Elvin Zedo, aka the revived house and techno alias of DJ EZ, joined by Hot Creations and Paradise star wAFF plus VIVa MUSiC boss Steve Lawler. In room two, Phil Hartnoll of Orbital will get behind the decks joined by Roman Flügel and Wax on Mare St.

Eastern Electrics has also announced this year’s VVIP package will include access to a VVIP section at the festival with £50 of drinks tokens and entrance to the after party.

For tickets and details go to easternelectrics.com. 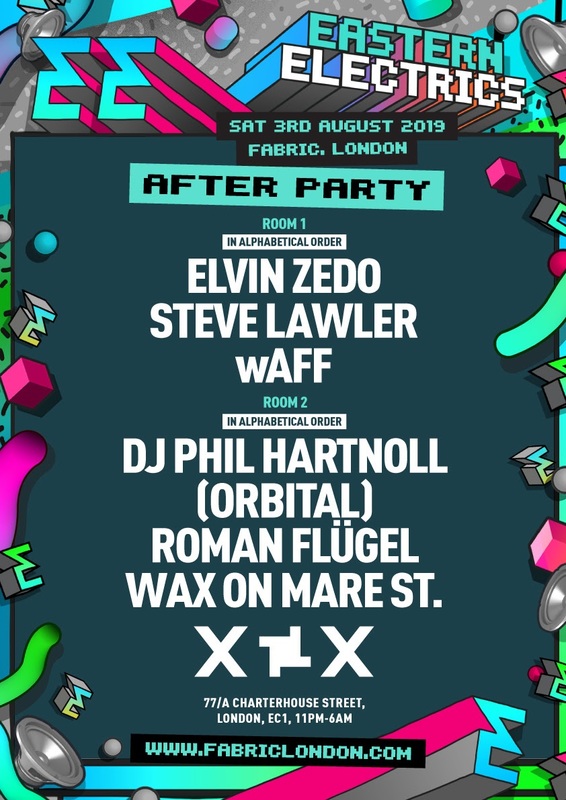