East London’s E1 has revealed its October schedule. BackTo95, Drumcode, Stump, Dazéd, LoveJuice and a takeover by The Bug all feature. Headline sets across the shows will come from acts such as Grant Nelson, Martin Ikin, Petre Inspirescu, Sonny Fodera, Joyryde and Bas Mooy.

On Friday, October 11th, The Bug will bring his conceptual event Pressure to E1, playing both a live set as well as a DJ set with Flowdan and Miss Red among the guests. The Warehouse will also host a back-to-back from Goth-Trad and JK Flesh, plus a solo set from Kahn. Grandmixer completes the line-up.

Check out the full listings below.

For tickets and details go to e1-london.com. 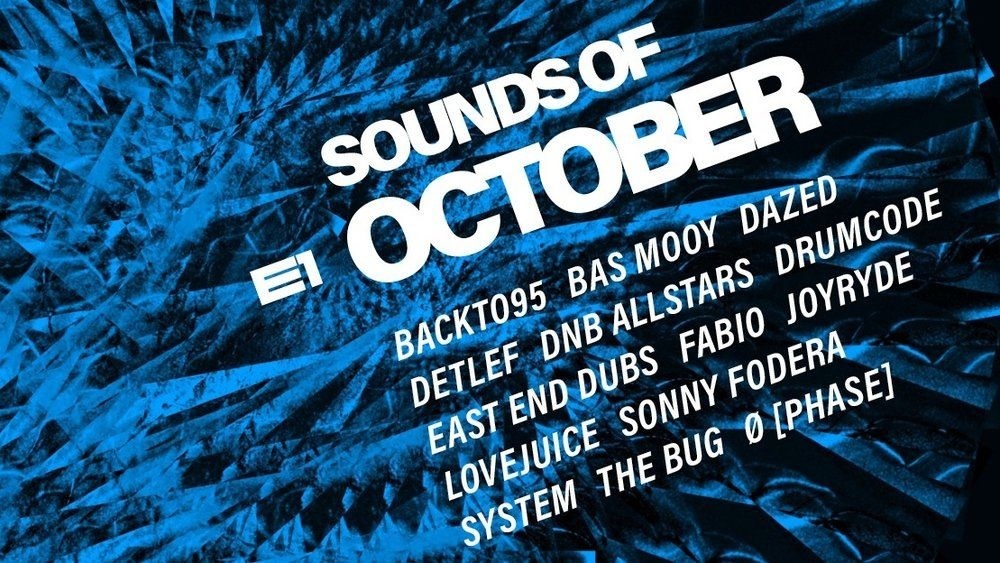