Kendal Calling has revealed its day splits along with a collaboration with Extinction Rebellion, ‘Jurassic’ fancy dress theme and new Kids Calling activities. The festival returns to the Lake District’s Lowther Deer Park from Thursday, July 25th to Sunday, July 28th with Extinction Rebellion curating a programme focused on raising awareness around climate change, species extinction and what can be done to make that change.

Extinction Rebellion spokesperson Oli Nichols said: “We’re very happy that we had such a good turn out from our supporters in London and beyond, and connected with new rebels who created a wonderful friendly atmosphere. To take our global message to a festival like Kendal Calling is a further extension of how we like to conduct ourselves, with good spirit, determination, and good intentions.

“Although we created disruption, the XR actions sparked imagination and further action around the climate emergency and all done with festival vibes, focused around positivity and hope, on all sites. We look forward to making deep and long lasting connections at Kendal Calling.”

Along with the fancy dress theme of Kendal Calling ‘Goes Jurassic’, the Kids Calling area has confirmed arts, crafts, theatre performances and workshops. The Re-Psych Project will be on site to create Ice Age costumes and pasta-saurus pictures, there will be daily discos, ancient movement and fire workshops, the Triceratoss hoopla and Dino egg and spoon races. The Dino Village on Saturday afternoon will have Jurassic-inspired games, face painting, art and crafts and competitions with activity leaders.

For tickets and details go to kendalcalling.co.uk. 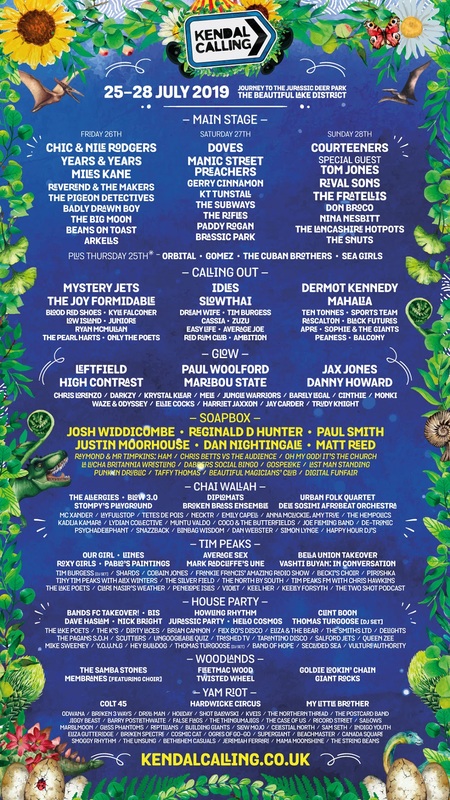