Cosmic Pineapple returns to Ibiza at Pikes on Tuesday, May 21st. The series is dubbed Mysteries of the Cosmos, with the opening Rainbow sho bringing together people to share wisdom, creativity, healing and magic to open up the summer season in Ibiza.

THey have chosen rainbow as it represents unity and connection to spirit. There are many mystical teachings concerning the rainbow energy, such as Tibetan Buddhism and the rainbow body or the Hopi Prophecy of the rainbow warrior, where people of all tribes come together to heal the earth, guided by great spirit.

The Cosmic Pineapple opening party will run from 4pm to 4am with the daytime a chance to get poolside with music and food and drinks, a healing area, a children’s area, a cosmic bazaar of creative stalls and teachings inside the Cosmic Activation Dome.

An opening ceremony will see information shared about what is happening in Ibiza right now, a yoga class, a talk on CBD oil benefits, breath-work, the magical Soul Song from Soul Song Ibiza and a rainbow energy meditation from Solara An Ra.

The Gong Master will give a gong meditation on the highest point of Pikes to enter the midnight hour, and there will be a music production workshop plus light meditation therapy. Inside the Space Rave from 10pm, Cosmic Pineapple resident Cici will be on the decks supported by secret DJs.

For tickets and series details go to cosmicpineapple.co.uk. 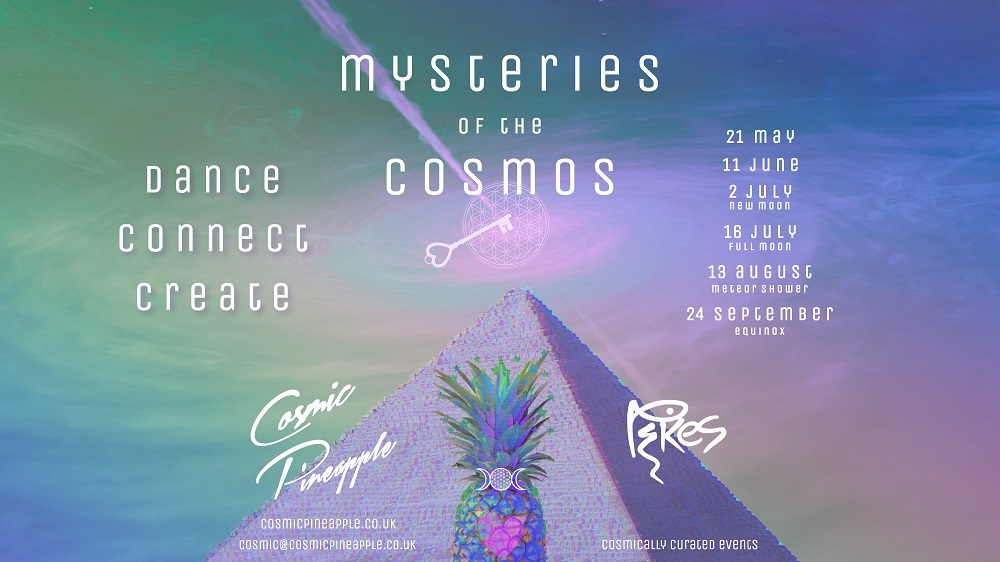