2) Big Zuu - the debut album for this grime artist, Content with Content spawned hit tunes like ‘B.I.G’ and ‘Fall Off’ with JME. He’s part of Craig David’s TS5 takeover.

3) Elderbrook - the Grammy-nominated, multi-instrumentalist teamed up with Camelphat for ‘Cola’. Expect to hear music from his Old Friend EP too.

4) The Magician - returning to the common after last year’s set, hit productions like ‘Shy’ and ‘Sunlight’ will bring the late summer vibes.

5) Alison Wonderland - her signature style crosses bass and trap, and, armed with debut album Run, this is the only place to see this international rising star in London this summer.

1) Ms Banks - last year saw the long-awaited release of her ‘The Coldest Winter Ever’ mixtape, this year she joined Cardi B on stage for her UK arena tour. Catch her and see what the fuss is about.

For tickets and details go to southwestfour.com. 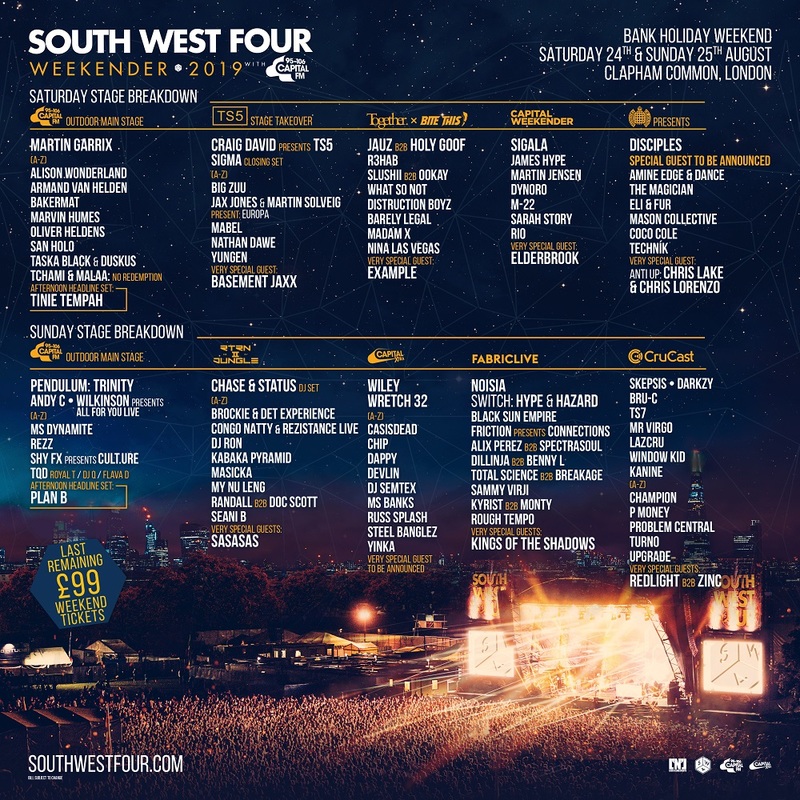