The saying goes there are only two things you can be sure of in life: death and taxes. But it neglects to mention the certantity of rain on a British bank holiday, and of South West Four continuously bringing the noise to its namesake location (Clapham Common’s postcode) for the fifteenth year running. Grey clouds and rain were an ominous start, and there was nothing for it but to leave the sunglasses at home and pull the raincoat from the back of the wardrobe.

We arrive in time for Craig David, someone who you’d associate with the sun, from his time living in Miami (the TS5 show named after his apartment there) to his summer residency hosting pool parties at Ibiza Rocks. Unfortunately for him and those that turned out for his mid-afternoon set, the heavens decided to open, but resplendent in a fluorescent orange jacket he kept the energy going hit after hit, and the crowd bopped along in their bright ponchos. 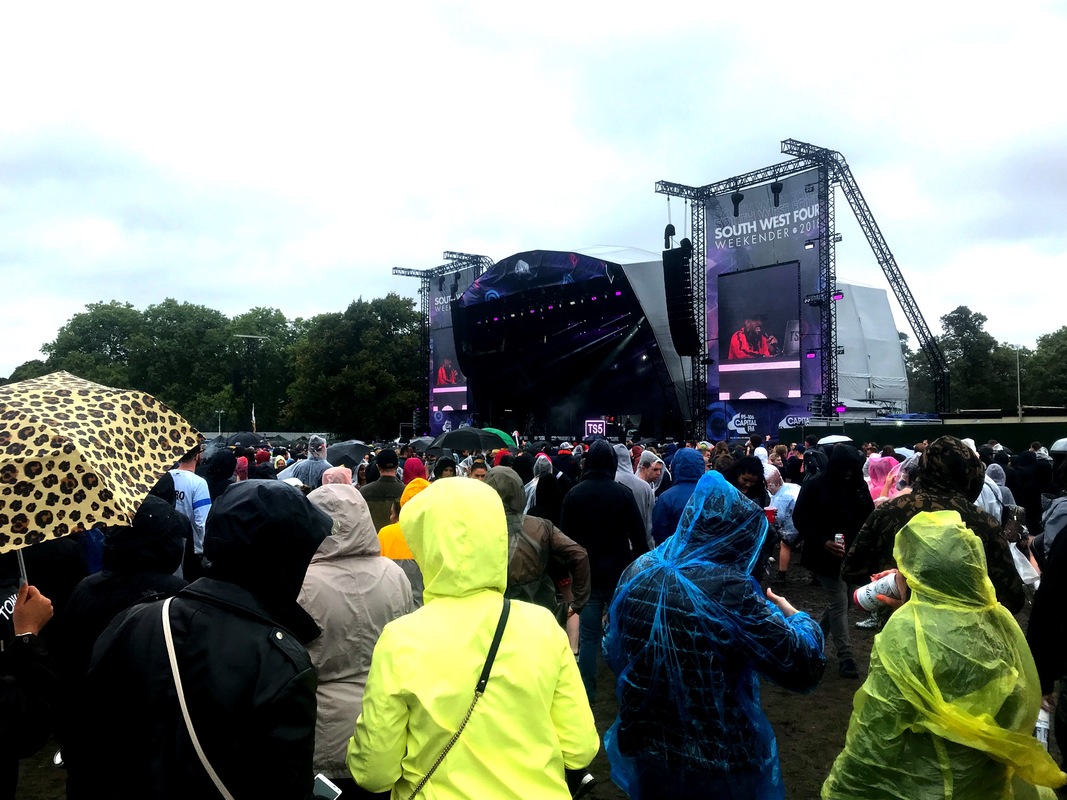 Conditions outside saw us retreating for cover, but it meant that the Together tent was rammed for Basement Jaxx who didn’t disappoint, and brought some Balearic warmth to South London with a set full of floor-fillers sprinkled with their own hits. “Where’s Your Head At” in particular raised the roof, the mid-afternoon rain quickly replaced with sweat from an energetic dance workout.

With four indoor stages to choose from we thought we’d take a wander and check them all out, catching a bit of Camo & Krooked’s new Mosaik live show, then Chris Lorenzo who was one of the many DJs rocking house with more than a bit of bass, before switching up for Lethal Bizzle rattling through the hits, from “Pow!” all the way up to recent track “Flex”. 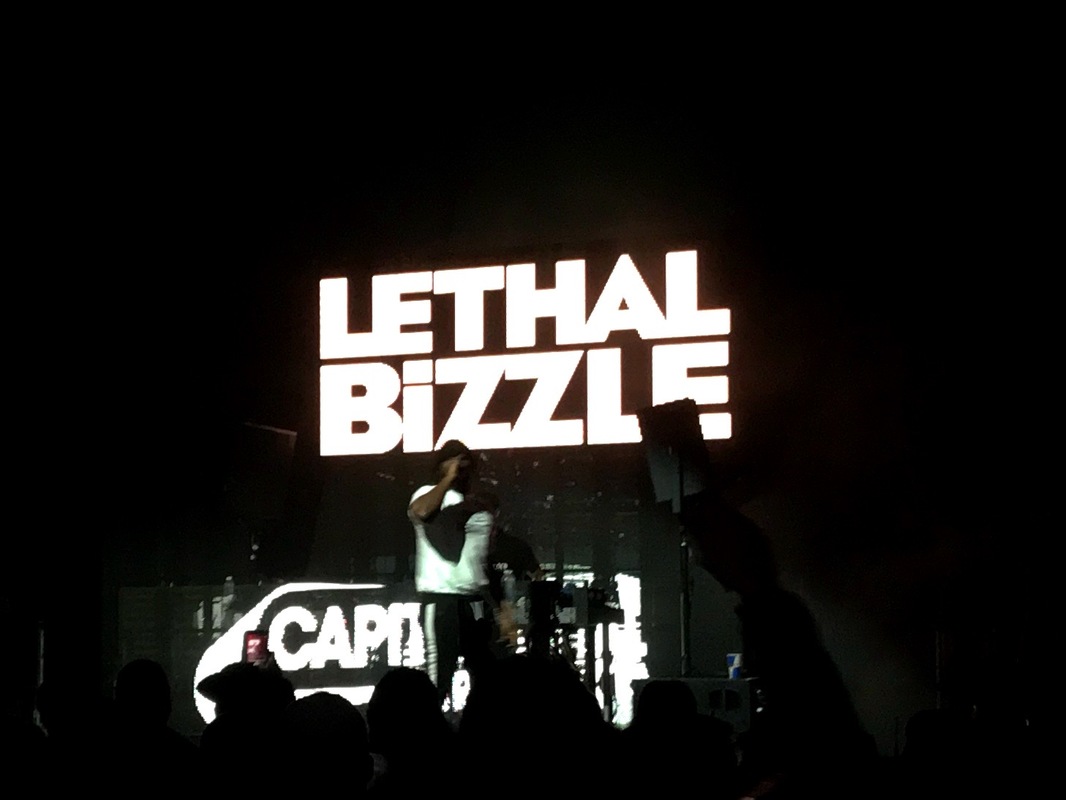 With conditions improving we braved the main stage again as My Nu Leng took to the decks, the sub woofers getting tested by their trademark bass heavy rumbles. Jammo and Tommy are fast becoming the breakout stars of the bass house scene and were worthy of their main stage billing, effortlessly shifting between the low end frequencies and then turning up the tempo with some Drum and Bass before Andy C took to the stage.

Early evening saw some difficult decisions with a packed bill meaning leaving the main stage and missing Hype and Hazard for the bona fide legend that is DJ EZ. Unlike some of his peers from the UK garage scene who are still milking past glories he manages to mix the old and the new, so you’ll hear 1999’s “Do You Really Like It” alongside a Holy Goof bootleg remix of Drake’s “God’s Plan” as he cuts between dozens of tunes in his hour long set with the agility of an Olympic athlete. 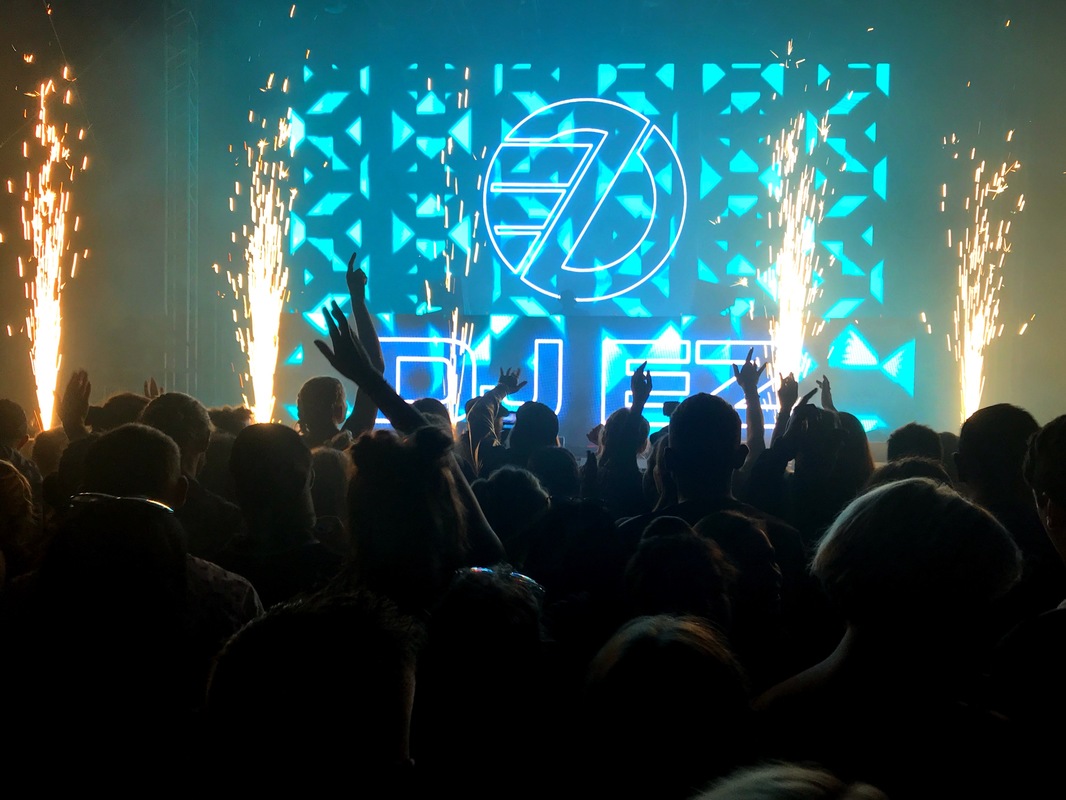 Back to the main stage for the end of the night - Chase and Status and SW4 were both celebrating 15 years at it and so their headline billing seemed fitting. The sobering realisation that their first album “More than Alot” was 10 years ago is quickly forgotten when they bring out classics like “Take Me Away” and “Eastern Jam”. Their set is full of hits, tracks like “Blind Faith” inciting major singalongs and the crowd shouting the words to “No Problem” from the top of their lungs. They also reach deeper into their catalogue calling BBK’s Frisco to the stage for “Funny” from the “London Bars” grime EP and debut a new track “Retreat” from their forthcoming “RTRN II JUNGLE” album. The track whets the appetite for the new material, after minor career missteps and questionable guests on recent tracks (cough Emile Sandé) it feels like it could be a RTRN II form for them too.

Fireworks bring to a close a great day of skanking and singing/shouting - the rain and mud didn’t dampen the spirit, a fun day was had by all, here’s to 15 more years of SW4.