Songwriter, singer, multi-instrumentalist and producer Zoey Lily’s new single is ‘The End’ - calling for change to protect our planet. She’s also teamed up with UNICEF, WWF and Color of Change to donate 100 percent of the proceeds from streaming and downloads for the first two months of the release. We caught up with her to find out more.

‘The End’ is a reminder of our responsibility for the wellbeing of our fellow humans, the environment and the animals we share the planet with.

First up, tell us about yourself - what got you into music?
I’ve been surrounded by music pretty much all my life. I started writing songs when I was 13 but wouldn’t share them with anyone, I just liked ‘creating’ them. My dad was the main reason I started to play the guitar and he taught me my first chords. Then I just kept writing and singing because I loved it but I never thought I was going to do this professionally until I had to decide what to study at Uni. That’s when I realised that I couldn’t imagine doing anything else but music.

Were there any particular bands or artists you took inspiration from?
When I put out my first couple of songs I was really inspired by ‘Lana del Rey’, I loved the mixture of her sad melodies with hip hop beats on her first album and really appreciated her poetic lyrics. Nowadays I get inspired by lots of different artists in different genres like FKA twigs, Jorja Smith, Frank Ocean, Russ, Angele.

How would you describe your musical style?
So far I’d say it’s mainly been alternative pop music but the songs on my upcoming EP are more diverse going from electronic alt-pop to UK garage to slow ballads with hip-hop beats and rap influences.

If you could collaborate with any living artist, who would it be?
It would probably have to be Rihanna. For me she’s just such an icon, an empowering figure to look up to and she comes across as such a strong woman who’s not taking anything from anyone which I love about her. Plus she’s definitely my girl crush. 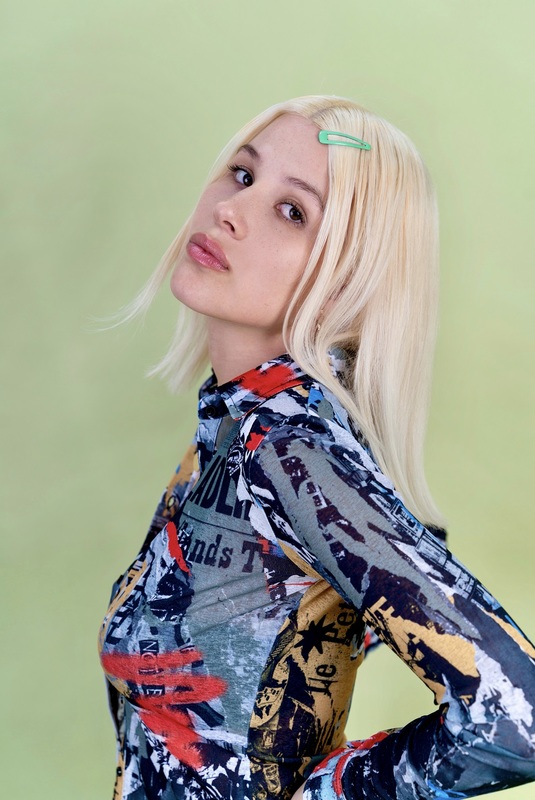 Tell us about your new single ‘The End’. What’s the inspiration behind it?
‘The End’ is a song about the destruction of the planet at the hands of humanity. It’s a reminder of our responsibility for the wellbeing of our fellow humans, the environment and the animals we share the planet with.

During lockdown I had more time to think about myself and my role in making this world a better place. With Coronavirus, the BLM movement, the humanitarian crisis in Yemen and just generally all the bad news all over the world it sometimes really felt like the world was going to end. I was feeling very self-reflective and self-critical and I asked myself what I can contribute as a creative to make this world a better place, so I wanted to write about all the things that had been on my mind for a while.

When did you write it and where did you record it?
I wrote and recorded it in my bedroom during lockdown. It came together very quickly and intuitively without overthinking. I think I wrote most of the melody and lyrics within one day.

How does ‘The End’ represent your style?
I’d say ‘The End’ represents my sad, melancholic side very well and is a good example of my meaningful lyrics. I spend a lot of time finding the right words for each line as it’s very important to me that the lyrics of each of my songs goes deeper than just a word that rhymes. It’s also a good example of how much I love to work with vocal harmonies and layers as a means of production rather than adding many instruments. 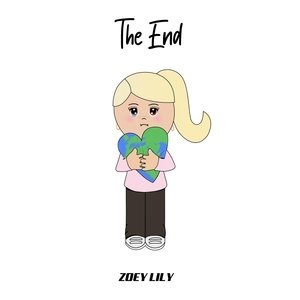 You’ve teamed up with ‘Unicef’, the ‘WWF’ and ‘Color of Change’ to donate 100% of the proceeds from streaming and downloads for the first two months of the release. Can you tell us why you’ve done that?
I knew I wanted to bring awareness with the song, but I also wanted to contribute to make the change happen. As I and many other people have limits to what they can donate from their own personal money I came up with the idea #streamtodonate which gives people an opportunity to help, even if they don’t have the means to donate traditionally and gives me the opportunity to raise money through my music for a good cause.

What are your hopes for ‘The End’?
I’m hoping that when people listen to ‘The End’ it will make them self-reflect and be a conversation starter. I think everyone will connect to it differently since I didn’t write it about one specific event but I’m hoping that everyone will find their own truth in it.

How’s the rest of 2020 looking in what’s becoming a crazy year?
I got a line up of three more singles this year leading up to an EP in Spring 2021. I’m now working on songs for after the EP already so just lots of writing. I’m also spending more time producing cuz that’s one thing I really want to get better at. Sadly, I’ll probably have to wait with any live shows until 2021.

Finally, if you could go back in time and give yourself one piece of advice, when would it be and what would you say?
I would probably tell my 14-year-old self to focus on music instead of boys (: I would use all that time to write songs and become a better producer and performer.