London singer Yana Toma has just released her debut single ‘Next 2 You’ produced by Dabeatfreakz. It’s a track about empowerment, independence and relationships where men who don’t show respect are shown the door. We caught up with Yana to find out more.

‘Next 2 You’ has a very masculine and feminine energy to it, full of confidence but vulnerable at the same time - just like me.

First up, tell us about yourself - what got you into music?
My mum was a opera singer and my mum and dad bought me a karaoke and that was it. I would listen to Celine Dion and Tina Turner for hours trying to perfect each note like them. I have recordings of me when I was 12 singing their songs, it was like I fell in love with life and understood my purpose.

Were there any particular bands or artists you took inspiration from?
My mum, MJ, Celine Dion, Tina Turner, Anastasia, Nina Simone, Billie Holliday, Beyonce and many more.

How would you describe your musical style?
I would say my style is very versatile my tone can cover every genre, but, to me, music is art and art is a feeling and shouldn’t really be defined in my opinion.

If you could collaborate with any living artist, who would it be?
Missy Elliot, Timberland, Drake, Beyonce, Coldplay, Cardi B. And more I have a huge list. 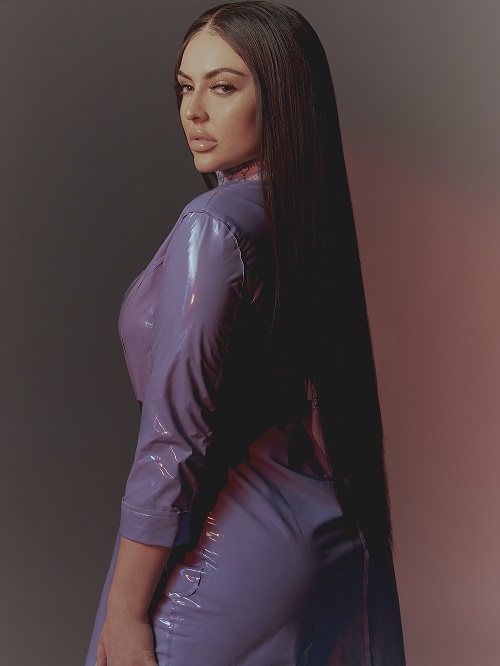 Tell us about your debut single ‘Next 2 You’. What’s the inspiration behind it?
The beat inspired me. It has a very masculine and feminine energy to it, full of confidence but vulnerable at the same time - just like me.

How did producer Dabeatfreakz get involved and what did they bring to the track?
I got introduced by my brother-in-law Bear, and my manager has worked with them previously, so it was just destiny. They brought the uptempo vibes I definitely needed for my first single.

When did you write it and where did you record it?
I wrote it on January 20th, 2020 and recorded it at my managers studio.

How does ‘Next 2 You’ represent your style?
I would say it’s only a taster of my styles - it’s got a vibe.

What are your hopes for ‘Next 2 You’?
I hope it reaches all the big platforms one day.

‘Drunk Text’ is on the horizon too. Can you tell us about that?
‘Drunk Text’ is a UK pop vibe straight to the point about claiming your power back because boys lie and sometimes just don’t deserve your energy, so he can’t stop drunk texting me now.

How’s the rest of 2020 looking in what’s becoming a crazy year?
With this six-month potential lock down I don’t know. Keeping as active and sane in those times as possible, and working out, and making hella more music!

Finally, if you could go back in time and give yourself one piece of advice, when would it be and what would you say?
I would tell my younger self all the time I spent worrying I should of spent believing and to trust the process. To be more cut throat and understand that not everyone is like you, and not everyone has genuine intentions so you must have limits and cut things off if things are not moving forward referring to previous mangers/ relationships because it hinders your growth.