Thee Deadtime Philharmonic manifesto reads: “They are the they, the them. The dispossessed. The disillusioned. The bastard sons… the single mums. Filed under scum. Deadtime cannot and will not be part of a scene or genre.”

First up, tell us bit about yourselves - what were you doing before Thee Deadtime Philharmonic began?
Murdoch: I was in bands before I could even play. I begged me Mam for a guitar and lessons and finally got one from a car boot sale for a fiver when I was 14. I joined a band that day. I never got the guitar lessons, which I’m glad about now as I’ve learnt to play in my own style. All of us have been in loads of bands over the years.

Kerry Ann: I’ve always been singing since I was a kid, dressing up and practising with a hairbrush in front of the mirror, the usual childhood fantasy/activity to escape reality. I was in a few half formed bands with boyfriends or female friends when I was in my early twenties. Then when I met Murdoch, I had never met anyone who was as serious about music as he was, so got involved.

What was the first style or genre of music you really got into? Was there a particular song or artist who inspired you?
Murdoch: My grandma had eleven kids, so I had alot of aunties and uncles. I inherited a Dansette record player from them and all of their old vinyl with stuff like The Small Faces, Kinks, Rod Stewart (when he was good) and old rock n roll stuff like Billy Fury, Elvis and some not so good stuff . But the first music that was ‘mine’ that I loved and that was my own was Adam and the Ants. I had his T-shirt when I was four years old, that only now fits me. In my early teens I was a bit of a metal head and after that it’s pretty much still the music I still like such as The Stooges, Bowie, Velvets, MC5, Happy Mondays, N.W.A, Public Enemy, also love the UK Hip Hop scene, artists like Blade, London Posse, Silver Bullet. Skinnyman.

Kerry Ann: I grew up listening whatever vinyl was in the household, most records were my sisters so I would steal them and hope she wouldn’t notice the scratches on return. Growing up I mainly listened to Pop and alot of female soul/motown singers like Tina Turner, Aretha Franklin, The Supremes, Tammi Terell, and Gloria Jones. Strong female soul survivors inspired me in terms of their lives, singing styles.

Murdoch: I was in bands before I could even play.

How did your musical direction come about? Did you expect to be following the musical path you are now?
Murdoch: If you’d have asked me in my teens if I would be doing any electronic music or jazz influenced music I’d have laughed at you. But as a writer now I soak up anything that’s good regardless of genre. I used to write mainly personal songs, which I still do but now I write about the world we live in, some people say what I do is social commentary. I write about the lives of the British lower working class and injustice. I’ve had quite a few reviews saying my lyrics are political, which I never thought they were. But everything these days is political, even walking down the street, getting filmed by CCTV.

If you had to describe Thee Deadtime Philharmonic’s sound as a personality, how what would it be?
Murdoch: An angry, honest to the point of self-deprecation, schizophrenic.

What would you say makes your music unique?
Murdoch: The mix of genres from song to song, lyrics that actually mean something, and the different personalities of the people in the band. We never got together and thought ‘Oh we want to be this type of band’. It was just a natural progression. 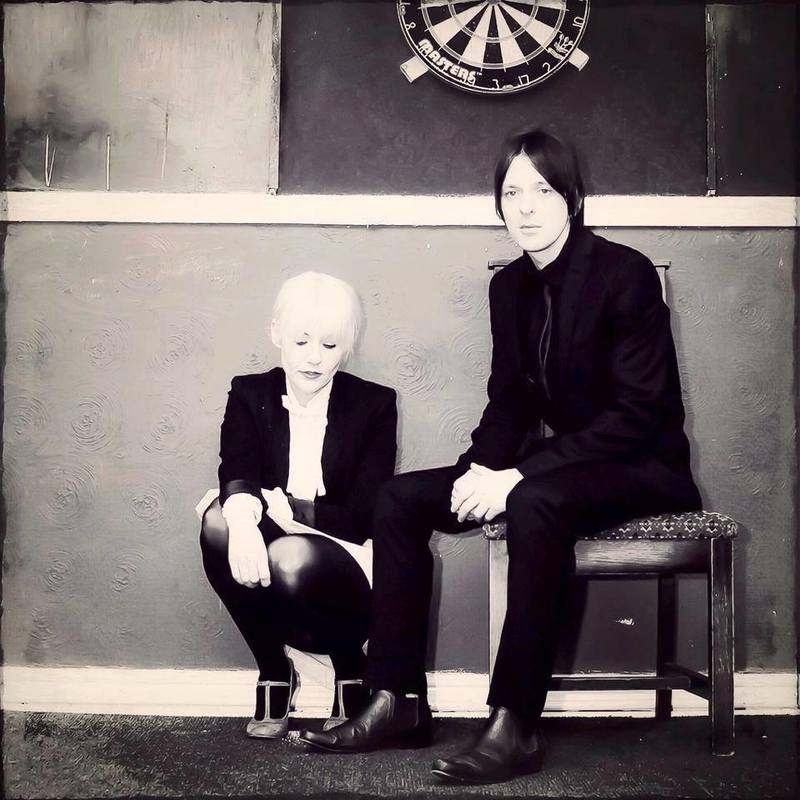 How do you create your music? Is there any kind of routine that helps?
Murdoch: Over the years I’ve developed a few ways of writing songs, I used to just sit down with an acoustic guitar and pour my heart out. But over the years I’ve embraced technology. I can work from building beats, mixing on the decks, to hearing everyday sounds on the street. My favourite way is having a bare bones structure of a song and jamming it through with the band and just pulling it out of the air.

Tell us when you realised you wanted to get involved in making music and playing tunes to people?
Murdoch: I suppose being heavily into punk as a teenager made me think I can do that and hip hop lyrics about life inspired me too.

Kerry Ann: I think initially having alot of people around me who were singers/musicians made me realise being in a band wasn’t this secret elusive club that only a few could enter. I knew being in a band was the only thing that really excited me, and still is.

If you could go back in time and give yourself one piece of advice that day, what would it be?
Murdoch: I’d say make the most of the people that you are close to because they won’t be here forever.

Kerry Ann: Don’t put up with other people’s crap.

What have you been listening to this year?
Murdoch: As far as new stuff goes Cinematic Orchestra, Ghostpoet, and Saul Williams always put out consistent good work. What I love about music is you can always find something from years ago that blows your mind. Marlena Shaw, Dead Poets, Bobby Bland, Curtis Mayfield, Ike and Tina.

Kerry Ann: Don’t put up with other people’s crap.

Do you have any pre-set rituals?
Murdoch: Spliff, whisky.

What has been the most significant moment of 2015 for you so far and why?
Murdoch: Playing to slightly bigger audience and people knowing the songs.

Kerry Ann: It’s also been a great year for us in terms of press and radio play, we’ve had alot more exposure this year. It was an honour to have Tom Robinson of BBC6 introducing say that we were one of his favourite bands. We’ve also just had a track of ours “Protected” included on The Joe Strummer Foundation fundraising album Strummerville A Go-Go even though we have had the backing from them for a few years now, it still means alot. We’ve also been nominated for Best UK Act from Pure M a well respected music magazine. Supporting Pop Will Eat Itself was fun.

If you could collaborate with any living artist, who would it be?
Murdoch: Bowie, Rodney P, Tricky, PJ Harvey, any of them.

Murdoch: If you’d have asked me in my teens if I would be doing any electronic music or jazz influenced music I’d have laughed at you.

If you had to pick one act to see live this year, who would it be?
Murdoch: I’m quite interest to see what the Happy Mondays reunion tour is going to be like. Shaun DJ’d at one of our gigs in Brixton a couple years back before he seemed to straighten himself up and get new teeth.

If you could pick any venue or festival to play, where would it be and which slot would you most enjoy?
Murdoch: I don’t really think the venue really matters; it’s all about the vibes. If we play in a room under one light bulb we’ll still be full bore, we can’t do it any other way. The songs demand it.

Kerry Ann: A good gig is exactly that regardless of where it is. It’s all about if us and the audience are into it. Sometimes there can be alot of snobbery in regards to venues.

How is the rest of 2015 shaping up for you? Where can we see you play?
Murdoch: Just mixing our double a single “Babylon Workin/Idiot Village”. Then finishing our album and touring it with as many gigs as possible.

Kerry Ann: We are also just about to film the video for “Babylon Workin”. We will be announcing tour dates on our Facebook page soon.