Sam Ford and Max Dameron are Wizard Rifle, who emerged from the metal groundswell of Portland Oregon in 2009 bent on annihilating the complacency of genre pigeonholes and throwback tropes. Their latest track is ‘Rocket to Hell’ taken from their forthcoming album The Wizard Rifle, so we caught up with Max to find out more.

Our songs are these 7-10 minute epics that jump between a lot of different sounds and moods, usually in three acts. We have moments of doom, thrash, punk, noise, ambient.

First up, tell us bit about yourselves - who are Wizard Rifle, and what were you doing before making music together?
Myself and Sam met about a decade ago while we were both in College in Portland, OR. We were working shitty jobs and going to shows. Sam was just cracking into the world of band art.

Who did you take inspiration from?
We listen to all kinds of stuff. Bands that we both like include Roxy Music, High on Fire, Neil Young, Melvins, The Stooges, etc. More apparent influences in our music could be Karp, Lightning Bolt, King Crimson, and tons more.

Why the name ‘Wizard Rifle’? What do you stand for?
The phrase “Wizard Rifle” was uttered by my friend Noah Simons while I was playing Super Mario. There’s no explicit meaning to the name.

We never set a specific intention nor decided on a genre or sound when we started the band. We both write lyrics and sing. Themes that reoccur throughout our albums are 1 - environmental destruction / the follies of mankind, 2 - Ramblings on inner personal struggles and 3 - sci-fi/fantasy musings courtesy of Sam.

How would you describe your musical style?
Our friend Erin Jane Laroue said something along the lines of our music is like riding a bike downhill with no handlebars. Our songs are these 7-10 minute epics that jump between a lot of different sounds and moods, usually in three acts. We have moments of doom, thrash, punk, noise, ambient.

If you could collaborate with any living artist, who would you love to work with?
I’d love to make a horror soundtrack with John Carpenter. 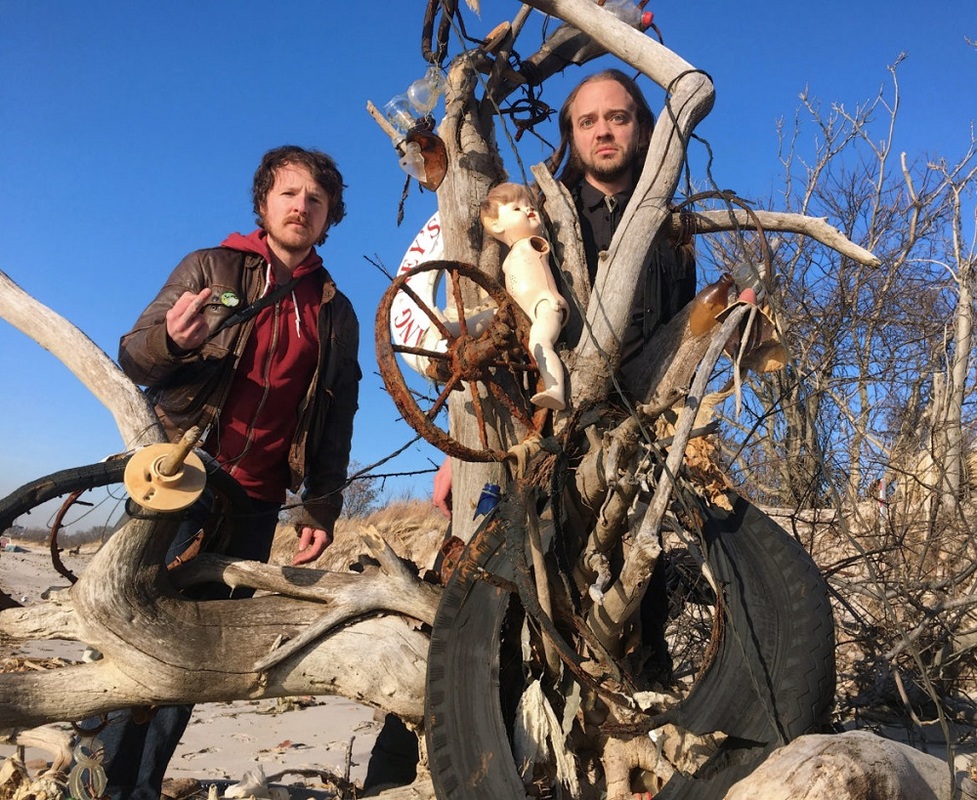 Your new single is ‘Rocket To Hell’. When did you write it and where did you record it?
The song was written maybe three years ago. It was recorded by Billy Anderson at Type Foundry in Portland.

How does ‘Rocket To Hell’ build on your style?
It encompasses most of our styles in a concise package. I would say it’s one of the more straight-ahead crushers on the album, with some interesting psychedelic textures in places.

What are your hopes for ‘Rocket To Hell’?
We worked insanely hard getting this track out there so hopefully people hear it, especially if they dig the sound or relate to the message. It’s not the first time these ideas have been expressed but I feel it’s valid nonetheless.

‘Rocket To Hell’ is taken from your third LP, Wizard Rifle. Can you tell us any more about the album?
The album is five tracks, recorded in two-weeks. Billy did an amazing job and I think the production is maybe the best we’ve sounded. We wrote and practiced the hell out of these songs over the course of years, and then busted it out in the studio without much hesitation. We knew basically the sound we wanted and I think we achieved it. I’m very proud of this record.

Why did you decide to make your third album self-titled?
No album names came to us, and it sort of made sense, like a restarting point.

Also, Sam does really amazing album covers for us and this cover, like our first record, is a sculpture. I was into the idea of having few words on the cover so all the intricate details of the piece could shine.

What are your other plans for 2019, can we catch you on tour?
In September/October we are supporting Acid King on their tour for the 20th anniversary of their album Busse Woods. We will also be joined by Warish.

Finally, if you could go back in time and give yourselves one piece of advice, when would it be and what would you say?
I would go back to 2007 and tell myself to not waste money and time in college, and instead to just start doing what I love and not feel the pressure to live up to any expectation.

Listen to ‘Rocket to Hell’ on YouTube below. For news and tour dates go to the Wizard Rifle Facebook page.